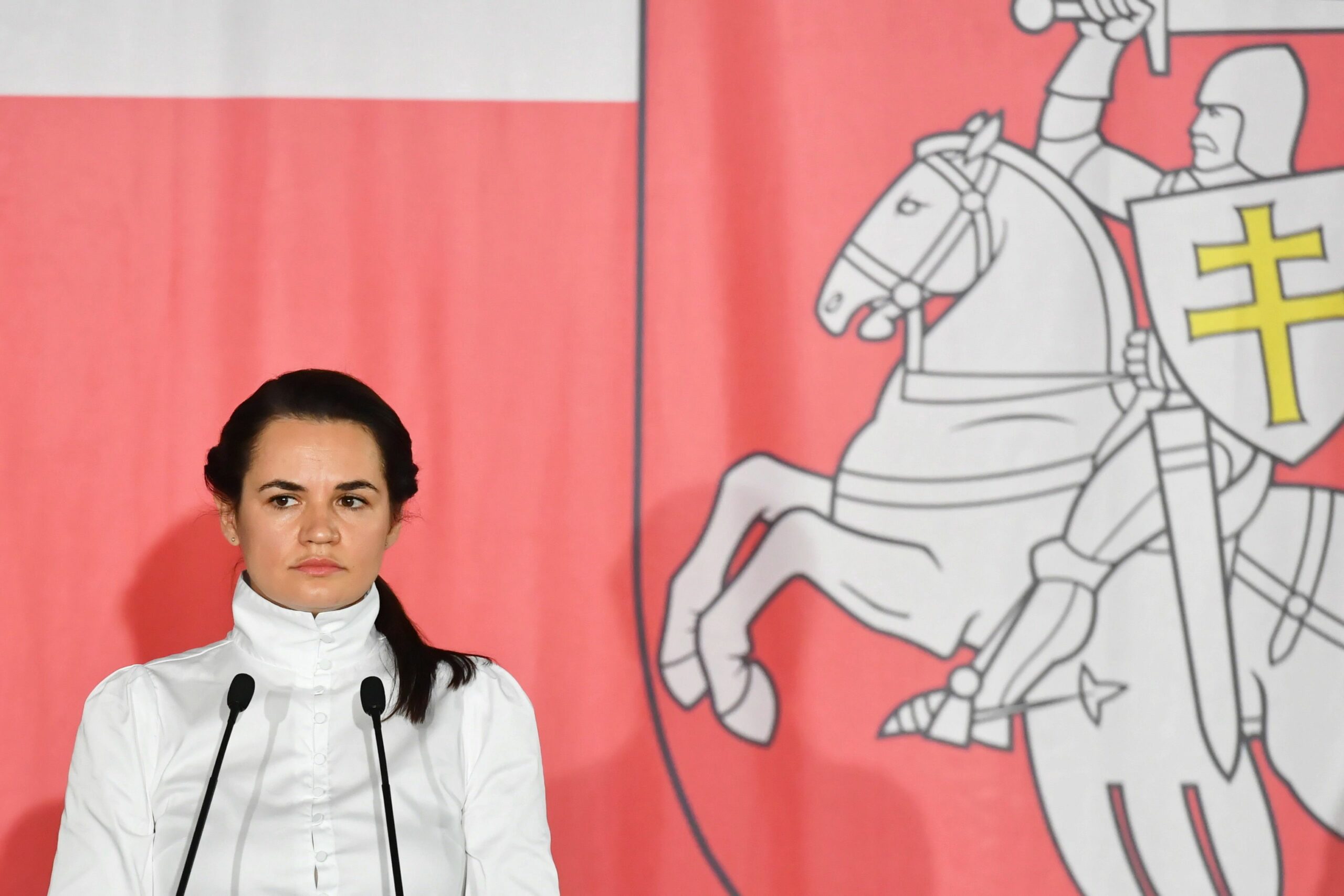 A court in Minsk began today the trial in absentia against the Belarusian opposition leader in exile Svetlana Tikhanovskaya and other members of the Coordination Council for a democratic transition in Belarus, accused among other charges of having conspired to seize power through unconstitutional means.

All defendants, -Tijanóvskaya, the former Minister of Culture Pavel Latushko, Olga Kovalkova Y Sergey Dylevsky-, are in exile in Lithuania or Poland and are therefore tried in absentia.

“It is not a judgment, but the revenge of lukashenko not only against me but against all Belarusians who fought for freedom in 2020 and after,” Tijanóvskaya said in a video on Twitter.

Tijanóvskaya, who considers herself the legitimate winner of the 2020 presidential elections, described as fraudulent by the opposition and the West, and which sparked the largest protests in the history of Belarus, is charged with ten charges.

Among them, having conspired to seize state power by unconstitutional means, prepared the seizure of state buildings and structures, planned participation in riots, created extremist groups and their leadership, and made public calls for the seizure of power and other actions aimed at to cause harm to national security.

The Prosecutor’s Office also accuses her of deliberate actions aimed at inciting social discord and of having provided assistance to foreign states and international organizations “in activities intended to cause damage to national security.”

“The dictator does not understand that the problem is not me, but him. It is he who lost the elections, seized power, terrorized the population, sold the sovereignty of the Belarusians to Russia and dragged the country into war” in Ukraine, Tijanóvskaya said.

The opposition leader denounced that since 2020 the judicial system in her country “has become a machine of repression and terror” and, according to her, from this trial in absentia “justice cannot be expected” when “the accused of what they are charged with.”

But let’s not be surprised: When they can put a Nobel Prize winner on trial, there is no crime they don’t commit to stay in power. Because this is a crime, just like torture and inhumane treatment in detention centers, extrajudicial executions of opponents and terror in the streets of Belarus,” he stressed.

He referred to the trial currently taking place in Belarus against the founder of the human rights organization Viasná, Ales Bialiatskiawarded in 2022 with the Nobel Peace Prize.

“We all know who should be on trial: the dictator Lukashenko and his cronies,” he insisted.

Tijanóvskaya stressed that she and the rest of the members of the Coordinating Council will continue to “fight to bring back real justice, to free all political prisoners and to make sure that those who commit crimes against our people are held accountable.”

Also a member of the presidium of the Coordination Council, Pavel Latushko, Minister of Culture between 2009 and 2012, described the trial in statements to Radio Svoboda of “circus”, in which he stressed that he does not intend to participate.

The protests after the presidential elections in which the dictator Alexandr Lukashenko claimed his sixth term, were violently repressed amid complaints of torture.

In total there are 1,438 political prisoners in Belarus including bloggers, businessmen, activists, protesters and aspiring presidential candidates.including Tijanóvskaya’s husband, Sergei Tikhanovsky, according to Viesná.

In December Lukashenko commuted or reduced the sentences of 4,500 prisoners under an amnesty law, but none had been arrested in protests against electoral fraud.