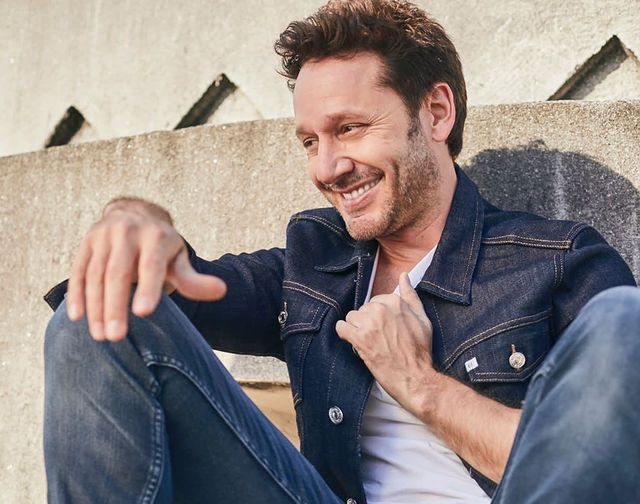 With many projects and plans. Wanting to continue betting on life. This is how Benjamín Vicuña showed himself in the interview he gave to the magazine The Urban Planet. The Chilean actor spoke of love, life and made an analysis of The red thread, the film in which he stars with China Suárez, his current partner. Openly and open-hearted, he talked about everything. He acknowledged that the last few months have left him an intense learning and that he is seeking to meet the bright side of existence.

“I’m on a road, looking for peace,” Benjamin shoots, almost reclining in a huge leather chair, in the penthouse of a luxurious Buenos Aires hotel. His eyes are tired, almost sad, with a melancholic look. Outside of that, he is optimistic, at least from his speech. “I believe that life, or lives, are several chapters of something that one is accumulating. Indeed, I have just lived a difficult chapter that I tried to face with all the wisdom and maturity possible. It is not easy, it is heartbreaking, but I feel that one has the obligation to get ahead, for the people who love you, “he reflects.

“Many times everything is supposedly fine until a character appears who moves the shelf for you.”

– After the experience of Between cannibals, were you disappointed by the air tv?

-No. An actor knows that nothing can be expected from TV. Yes, you can expect something from the theater, which is your place and you can handle it in terms of choices, but TV is something that you can control up to there, up to the square meter that corresponds to your character, but what goes beyond that escapes to your work. In that sense, television is very ungrateful, we all know that it is like that and you have to know how to enjoy the good things you have.

-Let’s talk about The Red thread, the movie you star in with China suárez.

–I like the red thread for its original idea: this couple who meet and disencounter through the years, a story inspired by the Chinese legend about the thread that is stretched over time, but never cuts. It is a sensual, romantic, intense, beautiful film that talks about misunderstandings and contemporary love.

– Your character is married to the one played by Guillermina Valdés, in a marriage that seems perfect.

– Yes, because the thesis of the film talks about when love comes at a time that is not the best. In this case, my character is in a couple, he has a daughter, an impeccable woman. And sometimes the cartoon or the commonplace of presenting a character who has a shitty life, a partner who does not work, who breaks his balls, who cannot stand, who does not give more, falls down. And in the film the thesis is handled that it is not necessarily like that: many times everything is supposedly fine until a character appears who moves the shelf and it is more difficult to face your fears, the possibility of a separation.

– What is your personal theory about this red thread that exists in our lives?

– I believe that beyond the couples, in the bonds sometimes time does not pass. I can meet a friend from school or my brother who I haven’t seen for a year and I give myself a hug and it’s as if I’ve been with him all my life. So that happens with relationships, they have a dimension parallel to time, they don’t wear out, and in that sense there is a red thread with the people that one really loves and loves. I even dare to say that they transcend death, that one through faith hopes to be able to remain eternally united with people who are no longer there.

“What did you learn from death?”

-It is something super personal, I do not like to expose it. The duels, the conception of death, are super personal things. I can only tell you that I am one of the people who believe that death is part of life and that you have to learn to live with it.

– Where does the hope or the illusion of being well after experiences like this come from?

–I believe in intuition, and I don’t know how much there is of will or reason, but the body is carrying you. There is also spirituality, trying to measure what the real problems are, differentiating the big from the small, the important, the transcendental. Indeed, in difficult or tragic moments, which we all live, a door of something revealing always opens and one always draws conclusions, and basically one understands or tries to understand a bit of the mystery of life, which is a gigantic thing. Not everything is summed up in death, there is also the mystery of life: the birth of a child, the emergence of a love, or so many magical things that happen every day. So it’s nice to be grateful, constantly be grateful for the here and now and try to learn something, to capture something when these revelations are made. Life never ceases to surprise, it is wonderful, it is tragic, it is cruel, it is sad, it is everything; that’s why you have to try to live it without fear.

“Did you ever feel disappointed in your faith with everything that happened to you?”

– I have a Catholic background that was contrasted with everything that happened to me in terms of faith and in my contemporary, modern, more progressive and liberal vision on church matters that I deeply question; although I continue to love her and be part of her. It is true that I got very angry, but it is a process that I am in. I experienced a lot of anger, a lot of anger, but after a while that anger passes, it assimilates and you realize that there is something bigger and that resentment and hatred are small. I prefer to choose hope, reconciliation with my own history, with pain. That builds, the other is self destructive.

–You always talk about your discipline and you are always loaded with work. Do you ever enjoy doing nothing?

“It’s just something I have to learn.” What happens is that since I was young I found in my work a fascination for what I do that fills me, which is not compared with family ties or with love for children, but it does fill me a lot, not only my ego, but it also fills me it makes me feel alive, it comforts me, it makes me proud. So I place a lot of value on work. The only problem is that I spend it on top of a plane, but life was armed like that.

– How is your life on airplanes?

–It is a moment of solitude that I enjoy, and I feel that I am close to the people I love in heaven. So I like to travel, I have it incorporated, it does not anguish me. Then the body checks you out, but that’s why I have a routine of getting rid of the trips by running, training.

-What makes you happy?

-Believe that it is possible. Be at peace. The simple.

– What makes you sad?

-The complex, the twisted, the melancholy, the nostalgia, the addiction to pain for pain.

-Well, I try to be the best expression of the father that I can be, understanding my responsibility, the infinite love I feel for them, and also the responsibility with my own dreams and with my life. You have to live fully and be happy so that your children see you happy. Children are the engine, what takes you out of dark areas, an inexhaustible source of light, of love, of beauty. For me my children are everything.