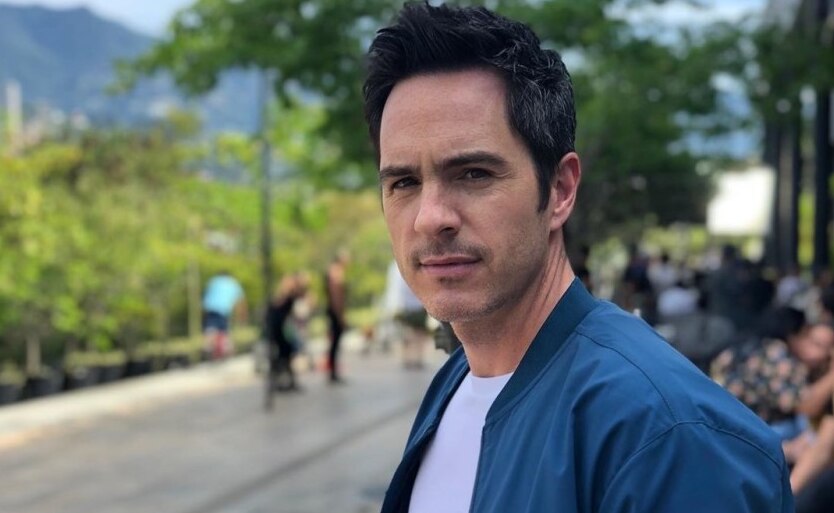 Film and television actor Mauricio Ochmann revealed recently in an interview how difficult his childhood was and the difficult times he went through.

Despite the fact that Mauricio Ochmann‘s life seems perfect, the reality is different, because not everything was easy because from his childhood he lived experiences that were not so pleasant. The actor was born in 1977 in Washington DC, United States but A few days after he was born, his biological mother decided to hand him over to the country’s adoption system and later he was adopted by a Mexican couple.

“A couple adopted me because they were living there. They got divorced when I was about a year and a half. My mom decided to bring me to Mexico, I grew up between Querétaro and Celaya“Confessed the actor of We’ll see.

Until the age of 16 he moved to Mexico City and revealed that he had to go through another adoption process when his adoptive mother remarried when he was four or five years old and since then his surname is Ochmann.

“They were complicated processes and more because when I was a child, they changed my surname, first it was Sánchez and then Ochmann, even the school teachers annoyed me”, Expressed the artist and announced that for this reason he suffered bullying when he was little.

“Luckily for me, the school principal had just adopted, then she found out about the teasing she was receiving and said: ‘Let him put on whatever he wants, let him be called whatever he wants to call himself’, so there he kind of stopped all the harassment” stated Mauricio.

Another problem he suffered when he was a child was his addiction to alcohol and he recalled: “Childhood and adolescence were difficult, there were many skeletons and ghosts inside. The truth is that when I was 8 years old, a beer crossed in front of me and for everything that happened to me at that time, it hit me like a charm because it helped me avoid thinking about inner pain “said the famous.

After many years he was reunited with his first adoptive father and revealed that they formed a good relationship from that moment. Although he grew up with the idea of ​​being adopted, it helped him a lot to be an independent person and he learned to be “His own mother and his own father” to find out how she wanted to be when she went through that same role and had her own children.

Through the years, The actor has been characterized as a loving father and present in the lives of his two daughters Lorena and Kailani, who is the result of his previous marriage to Aislinn Derbez and with whom he had a love relationship for several years before separating in 2020.

Let us remember that Mauricio Ochmann is one of the most recognized actors for his different roles and performances in television programs, series, movies and even in plays such as: What women keep quiet, Give me chocolate, Decisions, Victoria, the clone, Little coincidences, Do it like a man, El Chema, Los Victorinos, The weaker sex, Youth dreams, The lady of the dawn and many more.

And just today the artist is fulfilling 44 years old, He received thousands of messages of affection and was celebrated by his current girlfriend Paulina Burrola with a decoration and a breakfast that surprised the actor accompanied by several balloons and gifts. The same way Aislinn congratulated him through social networks with her daughter and users were shocked because Mauricio shared the video in his temporary Instagram stories.

This was the meeting of Mauricio Ochmann and Paulina Burrola: between a walk through the safari and the Kailani games

“Your light caught my attention”: Mauricio Ochmann sent a romantic message to his girlfriend, Paulina Burrola