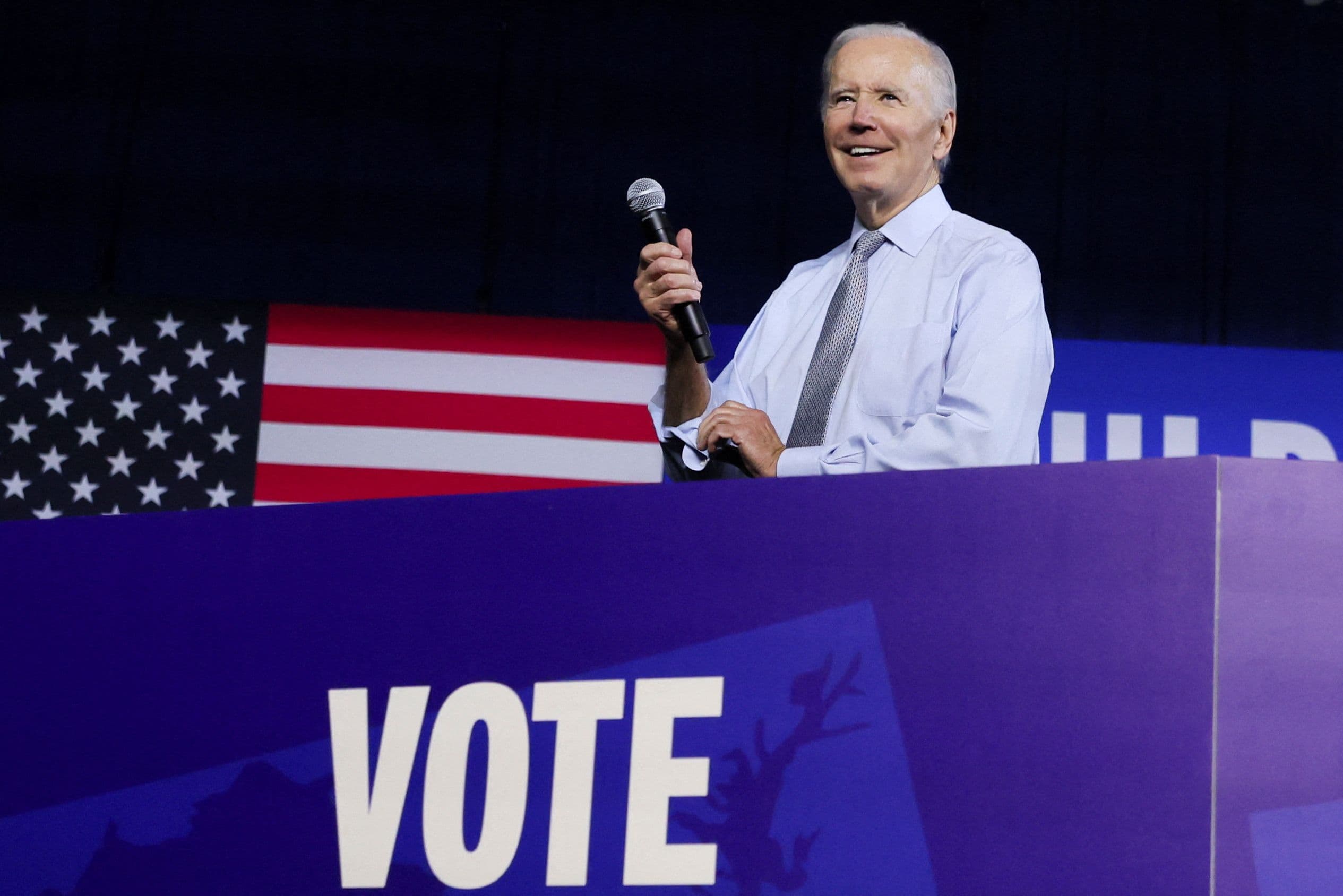 Joe Biden urged Americans to “defend democracy” for the last time before a Parliamentary election that could reduce him to political impotence while paving the way for his rival Donald Trump heading into 2024.

“This is the time to defend democracy,” the US president said on Monday.

“Our democracy is in danger”he assured, at a time when the Republican candidates for the mid-term elections are threatening to inflict defeat on him.

“We will be there,” added the 79-year-old Democrat, at a university in Marylandon the outskirts of Washingtonwith many African-Americans among the student body.

Biden was elected largely thanks to the support of the African-American community, which he has tried to mobilize again in recent days.

To a generally enthusiastic audience — with the exception of a few quickly ousted vocal opponents — Biden described the Republicans as the party that “wants to undo” the social gains made under his watch.

The president warned that the republicans will “undo everything achieved” during their government if they get a majority in Congress, and stressed that the elections this Tuesday they are not a referendum on his management but the moment to decide between “two visions” of the country.

“Our lives are going to be marked by what happens next year,” Biden said in his last campaign act, in which he also warned that if the Republicans intend to carry out a national ban on abortion, he will veto that law.

Americans go to the polls to renew 435 seats in the House of Representatives and a third of Senatein addition to electing governors and numerous local officials.

The Republicans hope to take control of the Congressthat is, not only from the House of Representatives, which is what usually happens in mid-term elections in which the party in power is sanctioned, but from the Senate, where Biden’s Democrats only have a majority of one vote, that of the vice president kamala harris.

Kevin McCarthypossible future leader of the Republicans in the House of Representatives, already contemplated on Monday in CNN the launch of investigations into the management of Joe Bidenfrom the withdrawal from Afghanistan to managing the pandemic COVID-19. Nor does he rule out an eventual dismissal procedure.

He also reiterated that he will not write a blank check to Ukraine if his party wins the majority in the elections.

But the White House insisted that US support for Ukraine is “unwavering”regardless of the election result.

Historically, midterm elections turn into a referendum on the White House tenant, who is almost never spared punishment.

If the Democrats suffer a defeat, Congress will be in the hands of the opposition when Biden still has two years of government left.

Faced with the effectiveness of a Republican campaign focused on rampant inflation, Democrats have tried in recent days to insist on reforms launched by Biden, such as lowering prescription drug prices, increasing microchipping and record investments in infrastructure, but Americans It will take years to notice the effects..

Aware of this, Biden tweeted this Monday: “I will do whatever it takes to lower inflation.”

More of 42 million Americans have already voted earlysurpassing the level of the 2018 legislative elections, according to the US Elections Project.

Wall Street closed higher one day before the US legislative elections