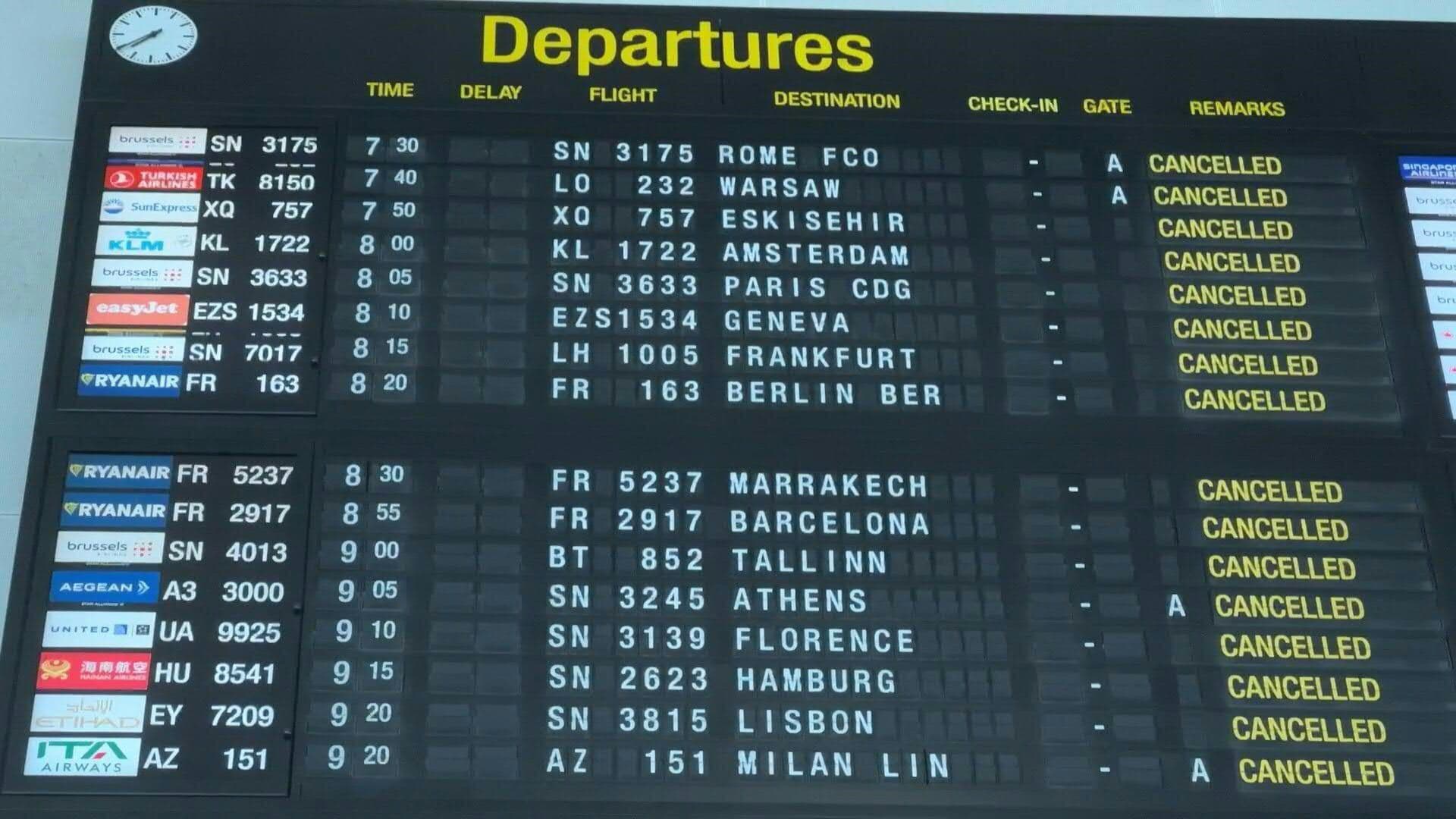 more than fifty percent of the flights scheduled for this Wednesday Brussels airport have been canceled on the occasion of the strike convened for this November 9 by the unions to request wage increases and is expected to affect the rest of public transport and other sectors of the country.

The airlines have preventively canceled the 55% of the flights -more than 200– who planned to arrive or leave Brussels airport, according to a spokeswoman for the airport facilities, who recommended that passengers not yet affected by the cancellations carry only cabin baggage since lack of staff is expected in all services.

This reduction in flights requested by the airport is justified precisely by the fact that the staff available from the various subcontractors (passenger check-in, control or baggage handling) is expected to be very small.

“For avoid long waiting times and delays on that day, a large number of flights will be canceled or rescheduled (…) The airlines will inform passengers of the affected flights”, the Brussels airport specified on its website.

the airport of Charleroithe second closest to Brussels, also warned on its website that access to its facilities may be complicated this Wednesday due “to the actions carried out in its surroundings” on the occasion of the day of national interprofessional strikewhich can also cause the various airport services to “slow down”.

For this reason, it recommended that passengers arrive at the airport at least three hours before the closing of the boarding gate and only with hand luggage when possible.

“It is likely that some flights will be rescheduled to avoid a chaotic situation,” Charleroi airport said, without giving figures.

Due to the strike announced on the Belgian railway network SNCB, the availability of trains will be limited as of 10:00 p.m. on Tuesday, according to the company.

In the trains there is a alternative train service “whenever possible”, based on the personnel who have indicated that they will work tomorrow, “with one in four trains in operation” (and no trains in operation in the provinces of Namur and Luxembourg), the SNCB reported on its website.

At the moment, Belgian railways expect normal service for most international connections (including Thalys, Eurostar, TGV INOUI and IC Brussels-Amsterdam trains), except for some connections with the German cities of Cologne and Frankfurt.

The forecasts this Tuesday is that they work tomorrow one in three intercity trains and one in four suburban trainsbut the SNCB recommends passengers to check the information in real time on its website for more security.

There is, on the other hand, no estimate regarding the frequency of public transport in the Brussels region, since there are no minimum services in the management company Stib and no obligation for staff to declare a strike or on call in advance.

Strong disturbances are also expected in public transport management companies in the regions of Wallonia and Flanders.

Likewise, a strong incidence of the strike is expected in the port of Antwerp, one of the most important in Europe, since it is expected that the follow-up will be important among the workers of the two largest container terminals (MPET PSA and DP World), which will affect other logistics agents that depend on them.

No ships will be able to leave or arrive at the port of Ghent on Wednesday, the North Sea port management announced, asking companies to review their shipping plans.

The general day of “interprofessional” actions and strikes this Wednesday has been called by the socialist (ABVV/FGTB), Christian (ACV/CSC) and liberal (ACLVB/CGSLB) unions, who are asking for wage increases to be able to face the increase in cost of living, as well as the protection of annual salary indexation guaranteed by law in Belgium.

is the fourth time this year that the Belgian unions call strikes and mobilizations to demand wage increases.