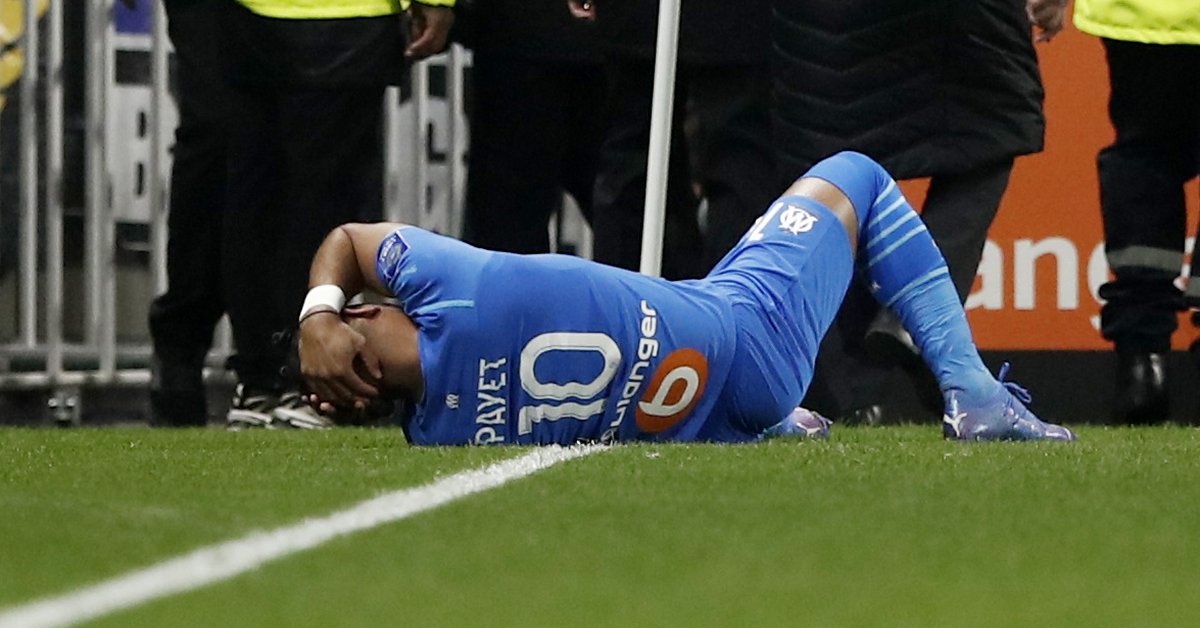 Dimitri payet received the impact on the head of a bottle of water thrown from the stands this Sunday in the first minutes of the game of the Olympique de Marseille before him Lyon. The referee of the match decided to interrupt it and send the teams to the changing rooms.

The number 10 of Marseilles he was preparing to take a corner kick when objects began to fall around him. Therefore, the judge had a talk with the party delegate to prevent this from continuing. When it seemed that calm returned, the footballer he was hit near the ear by a full water bottle.

The captain of the Marseilles he stayed on the ground for a few minutes, surrounded by players from both teams and members of his club’s medical staff. He then walked into the locker room with an ice pack on his face.

Payet He had already received a bottle in a game against Nice earlier in the season, in August. That match was interrupted a quarter of an hour from the end and was played again behind closed doors in neutral territory, in Troyes on October 27 (1-1). Nice were sanctioned with two points less in the table.

The current season of the French championship is marked by numerous incidents in the stands, which altered among others the duel between Marseille and PSG, on October 24 at the Velodrome Stadium.