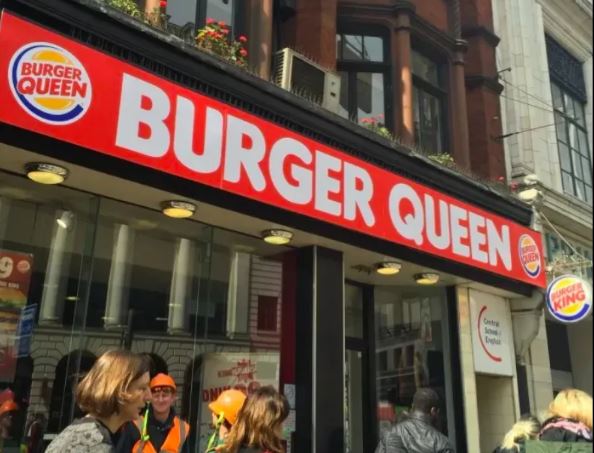 On Queen Elizabeth II’s 90th birthday, Burger King wanted to pay tribute to her by changing the name of its Tottenham Court Road restaurant to “Burger Queen”. An action devised by PsLive, Vizeum and Isobar that got quite an impact on social networks and media.

It was on April 21, 2016, on the occasion of Queen Elizabeth II’s birthday, the hashtags #HappyBirthdayYourMajesty and #Queenat90 became a trend. Therefore, the hamburger chain decided to join in a very creative way.

What Burger King did was change, during that day, the name of its emblematic restaurant located on Tottenham Court Road, in the British capital, to Burger Queen.

This marketing action caused the boys to go there to check the name change. A simple but effective action that shows how brands can enter the conversation and generate conversations among their consumers taking advantage of the events that happen around them.

In addition to the name change, Burger King celebrated the 90th birthday of Queen Elizabeth II with offers on some of its iconic menus. In other words, the “Royal de Pollo” could be purchased for 1.99 pounds sterling (just over 2.5 euros at the time), a promotion that consumers welcomed.