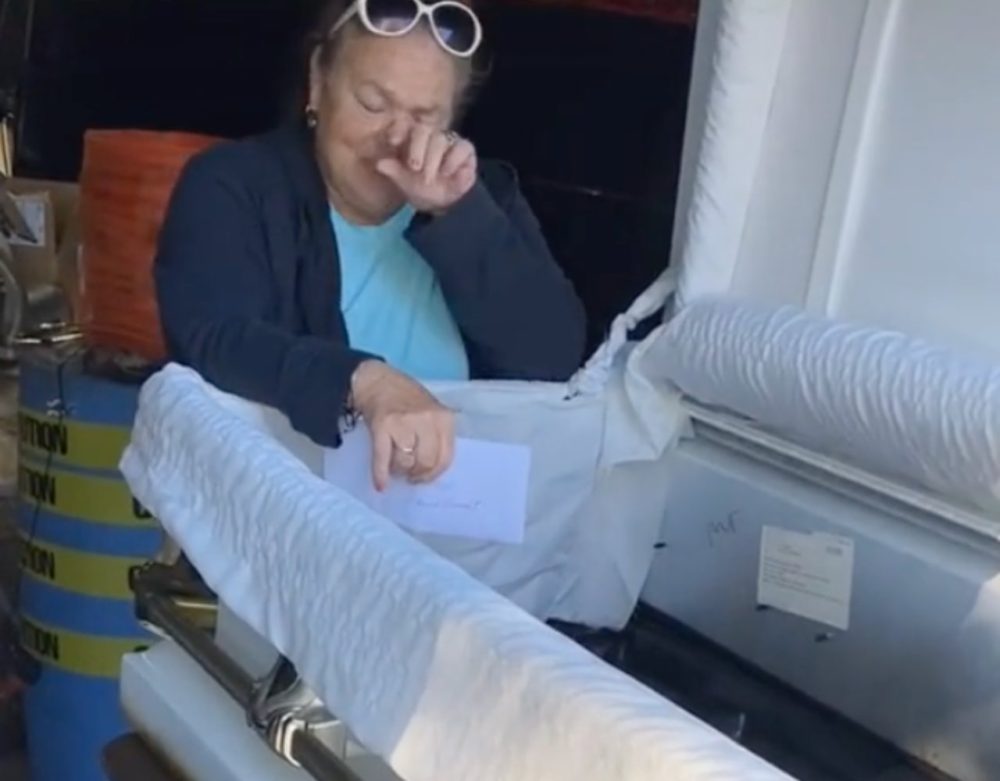 Shopping online has become increasingly common, there are even those who have bought coffins on Facebook

Through social networks, the video went viral in which a user shows that he bought a coffin on Facebook and when they opened it, they found the lifeless body of a woman, which caused terror and panic in the family that acquired the article. .

Similar situations were experienced in the world when the worst part of the pandemic arrived, people rented coffins despite the mortal risk, since there were none available due to the number of victims.

All this happened in a county in the United States, and when the media reported the event, it immediately went viral and became relevant among millions of users who shared the event.

According to the information, the family used Facebook Marketplace to manage to buy the coffin and thus accommodate the delivery to the door of their house.

It was the user Brooke Wozniak who let see the video of the terrifying moment in which they open the coffin and find the remains of another woman. It was also revealed that the remains of the woman correspond to Edith Crews, who lost her life in 2020 due to the coronavirus.
In the same coffin, the remains of the female’s death documents were found, as well as a bracelet from the hospital where she was hospitalized.