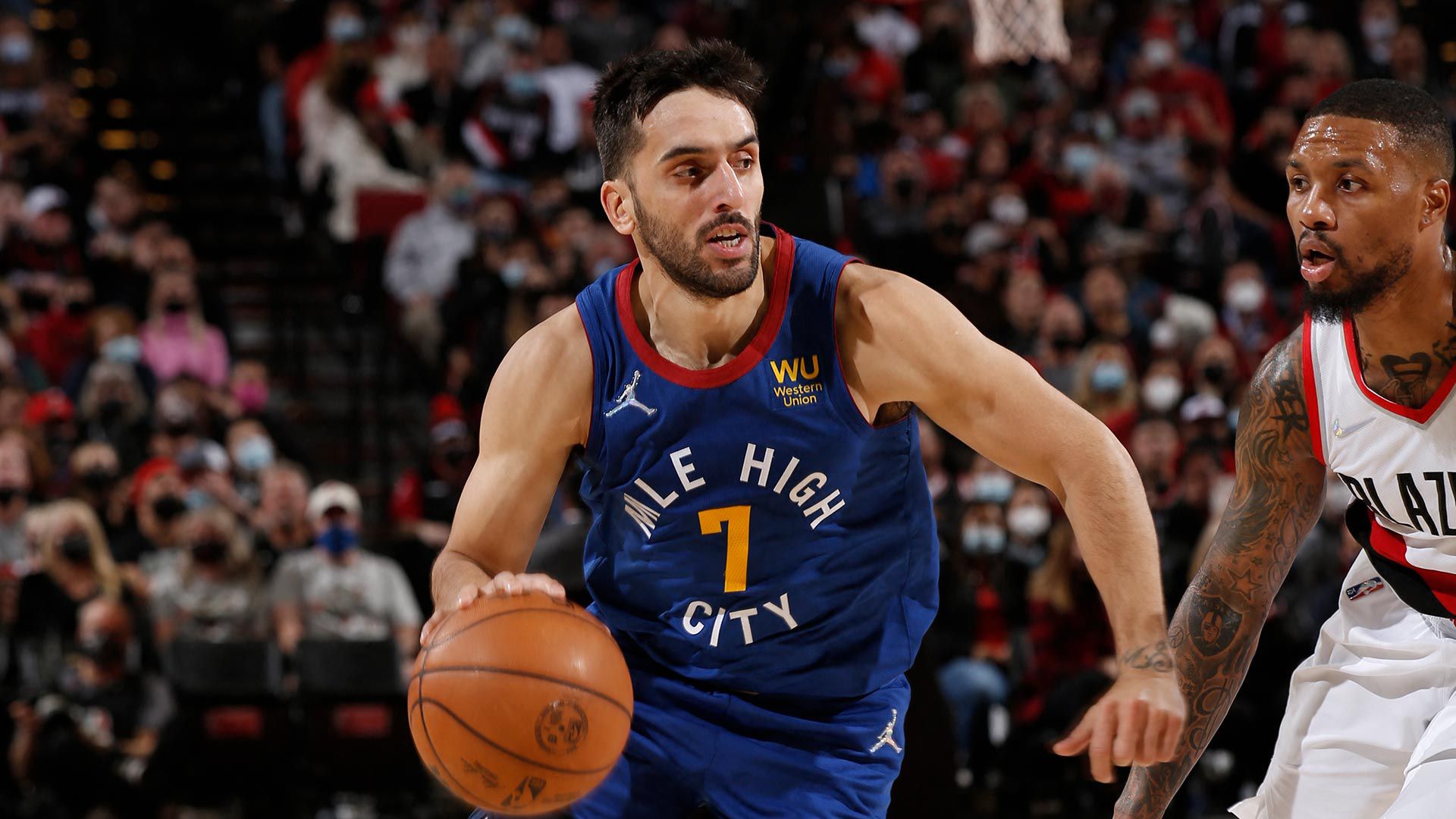 The Denver nuggets go through a complicated start in the NBA. This Tuesday fell to the Portland Trail Blazers 119-100 and accumulated their fourth consecutive loss so far this regular season that catapulted them to eighth place in the Western Conference with a record of 9 wins and 9 losses.

In that scenario, and on the occasion of the dismissal of point guard PJ Dozier, who could have a serious injury to one of his knees, Facundo Campazzo saw more minutes than usual and had a good performance at the Colorado franchise visit to Fashion Center from Portland. The Argentine guard finished the game with 8 points (2-4 in triples), 5 assists, 3 steals and 2 rebounds in the 29 minutes who was on the court.

The Cordovan entered the final part of the first quarter and his attitude was positive for a team that did not have Nikola Jokic for the third straight game due to a pain in his right wrist. Campazzo took an offensive foul on Simons and before the closing of the initial set landed a three-point bomb in front of Larry Nance Jr’s mark.

Already in the second period, the former Real Madrid distributed several luxury assists. First, after a penetration to the basket, he found Austin Rivers alone and he finished the defense with a triple. A similar action happened several minutes later: after a curtain play and deflection with Jeff Green, he enabled the experienced player with a pike pass that left him only to score three more points for the Nuggets.

It was in the third quarter that Campazzo executed his classic lash to find Will Barton alone under the rim from the top of the attack. “A little necessary magic”, described the Denver account on Twitter about the Argentine guard’s attendance in a part of the match that had the visitor down by 11 points (88-77).

Already in the final seconds it was when Facu added his second triple of the evening for some Nuggets that did not have the aforementioned Jokic, Michael Porter Jr. and the newbie Bones Hyland, what good returns he has given so far to coach Michael Malone and did not play due to a sprained ankle.

Beyond the loss, all eyes in Denver were on Dozier’s injury. “Everybody hugged him in the locker room,” guard Monte Morris said. “You never know what someone is going through, on or off the court. Prayers to PJ Really, a very good friend of mine, and I wish him the best ”, he added in dialogue with the press after the game.

How did the play come about? Dozier attacked the rim to try and lay a layup in the final seconds of the first quarter and ran into Cody Zeller, but lost his balance, with all the pressure on his left knee. Denver medical personnel ran towards him while the point guard held the area and, after receiving the first attention, he was taken off the court by two teammates.

CJ McCollum was the top scorer of the duel with 32 points and 3 assists (5-9 in triples) while Damian Lillard contributed 25 points and 5 assists with 5-8 in triples. Portland led 66-52 at halftime and then controlled that gap throughout the second half of the game.

In Denver, the most prominent offense was Jeff Green, which finished with 24 points and 4 rebounds. Morris scored 16 points and Aaron Gordon only 11, the same as Barton.

Waiting to know the severity of Dozier’s injury, and also to know when Jokic will be able to return, The Nuggets will now face a five-game road trip to the East. They will play again this Friday against the last NBA champions, the Milwaukee bucks and then visit the Miami Heat, Orlando Magic, New York Knicks at the Garden and will close their tour on Monday, December 6 against the Chicago Bulls.

“Speedy” Campazzo: the detail in the play that astonished the NBA that puts him at the height of LeBron James and Stephen Curry