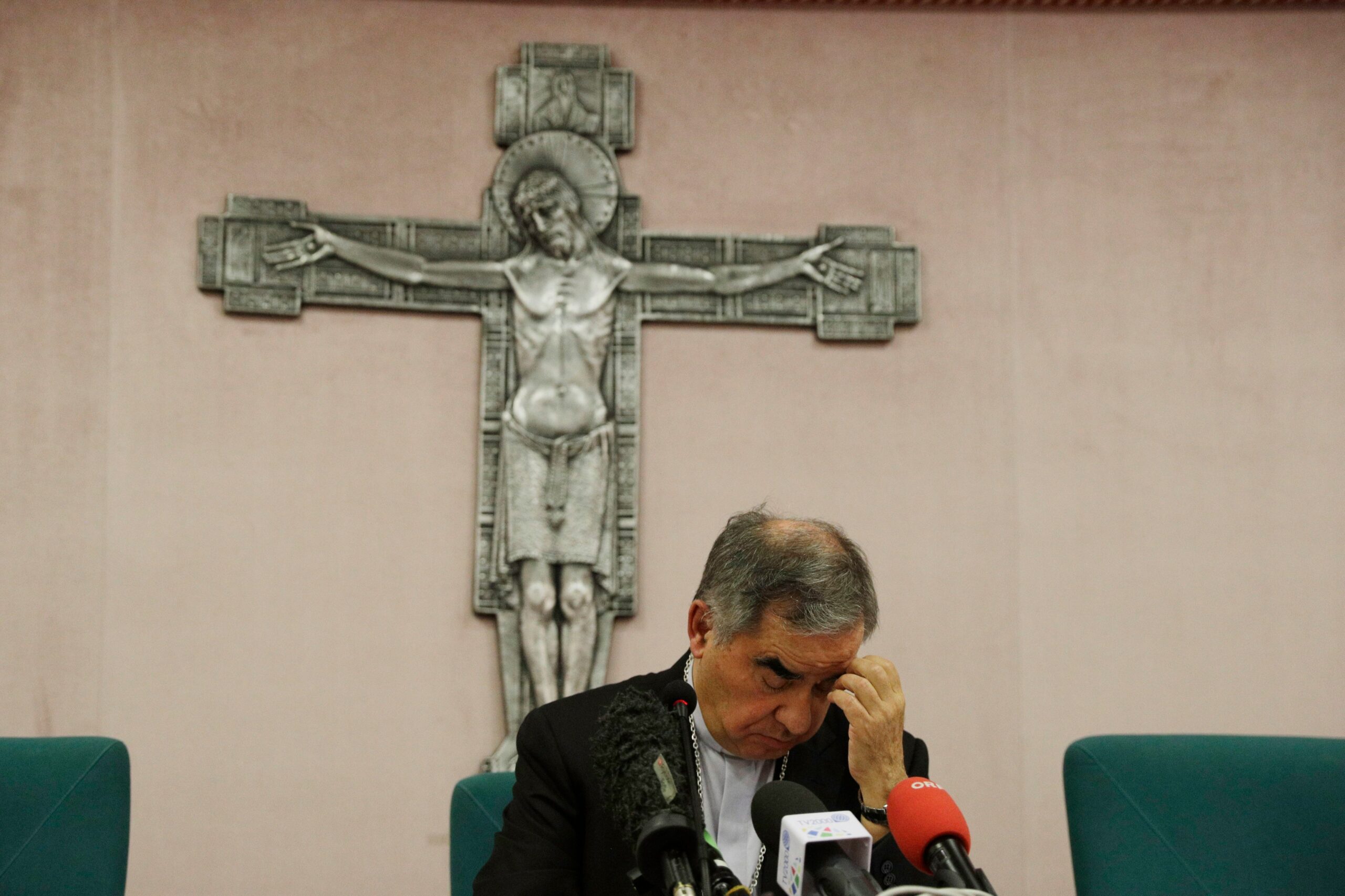 the cardinal Angelo Beciu, main defendant in a trial in the Vatican for alleged financial irregularitieswas accused today by the former consultant Francesca Chaoquíin a harsh hearing in the court of the Holy See in which messages with Pope Francis were even revealed.

The Italian cardinal is charged with 9 other people in this trial that since July 2021 has been trying to clarify alleged irregularities in the Vatican Secretariat of State, of which he was number two until 2018, and the fraudulent purchase of a building in London.

In today’s hearing, number 44, Chaouqui testified, a controversial woman known in the Vatican for having been a consultant in the economic reform of the Holy See and ending up sentenced in 2016 for the leak of confidential documents in the case. “vatileaks2”.

She came with a folder with thousands of documents to accuse Becciu but his pressures also surfaced Alberto Perlasca, administrative manager of the Secretary of State until 2019 and who, although investigated, was not charged for having helped in the investigations.

At the hearing it was learned that Chaouqui tried to pressure Perlasca to get the Pope rehabilitated after his conviction, so that he could work in the Vatican, a purpose for which he needed Becciu to “act as a bridge.”

About this, a message emerged in which he told Perlasca: “I know everything about you, about your relationships, that you raise your elbow more than you should, I have photos, videos, witnesses, if I wanted I could destroy you”.

The cardinal also acknowledged having written a letter to the same pontiff to reproach him for allowing Chaouqui, convicted of said leaks, to participate in a hand-kissing in the Vatican in August 2017, barely a year after his sentence.

In the letter, revealed in this audience that lasted 7 hours and was angry at times, Becciu expressed his “deep dismay” at this fact since, as he explained, the Pope had prohibited “forever” his entry into the Vatican.

But also because the hand kiss implied a legitimization of the woman: “With yesterday’s hand kiss I have been publicly denied and the lady will have more strength to continue demolishing me with all the satanic means of which she is capable,” he wrote.

Shortly after, Francisco responded by asking for his forgiveness. “I’m sorry if this greeting could have hurt. They have asked me if the lady could come with her children to the general audience for a hand kiss and I thought that if she does it well, let her come from her. In addition, she told him that I have almost forgotten the ‘adventure’ of this lady, ”the Pope replied.

On the other hand, Becciu denounced that Chaouqui has “something” against him and denied having been the one who ordered his arrest in 2015 after the news leak.

The second witness who testified today in the Vatican Tribunal was a friend of Perlasca’s family, Genoveffa Ciferri, and apparently the instigator, together with Chaouqui, of the accusations against the cardinal.

He assured that he “has had Perlasca under his control for years”, who exerted “psychological pressure to silence him”, even feared that he could be “eliminated” and said goodbye to the cardinal saying: “I will be his enemy like an army in battle”.

A goal in the Vatican