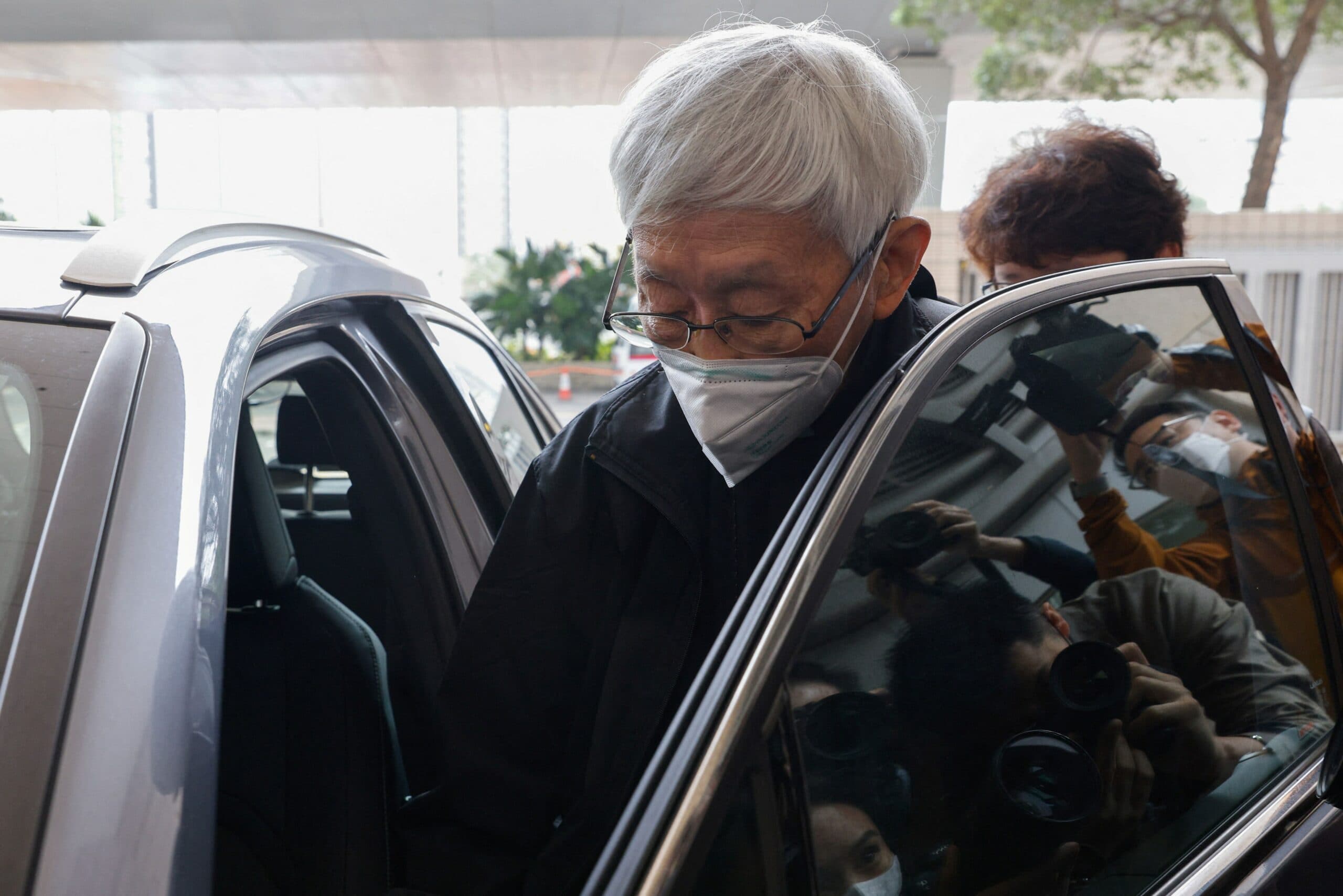 The Catholic Cardinal Joseph Zen90 years old, and five others Hong Kong activists They were found guilty of failing to register a legal defense fund formed to assist protesters in the 2019 anti-government protests.

The judge in charge of the case issued a fine of 512 dollars for all convicts except for Sze Ching-weethe secretary of the fund, whose punishment was set at 320 dollars, although the aforementioned Ordinance provides for penalties of up to 1,280 dollars for this type of offense in the event that it is committed without prior precedents.

The ruling is seen as the prelude to more legal trouble for the six convicted, as police continue to investigate the group’s alleged collusion with foreign forces.

According to him department of homeland security former British colony police, Cardinal Zen and his five companions urged foreign organizations to impose sanctions on Hong Kong.

Police have yet to charge Zen or the other detainees, including the lawyer. margaret ng and the pop singer Denise Hofor urging foreign organizations to impose sanctions on Hong Kong under the national security law imposed by Beijing, which may entail a maximum sentence of life imprisonment.

Zen, listed as a “rebel bishop” when he headed the Hong Kong Catholic Church between 2002 and 2009, he later actively campaigned for greater democracy in Hong Kong and religious freedoms in mainland China.

Zen has called the 2018 deal a “sale” by underground Catholics in China, and in 2020 he traveled to Rome to urge Pope Francis not to renew the deal, but was denied a hearing.

The cardinal, one of the highest dignitaries of the Catholic Church in Asia, was arrested in early May with four other figures from the pro-democracy movement in the name of the national security law imposed by Beijing.

The arrest of Cardinal Zen sparked outrage in Western countries, which accuse Beijing of not respecting the freedoms promised to the former British colony when it returned to China in 1997.

The charges against the defendants come as Hong Kong began cracking down on political dissent in recent years.

Hong Kong: A broadcaster and pro-democracy activist was sentenced to 40 months in prison for “sedition”