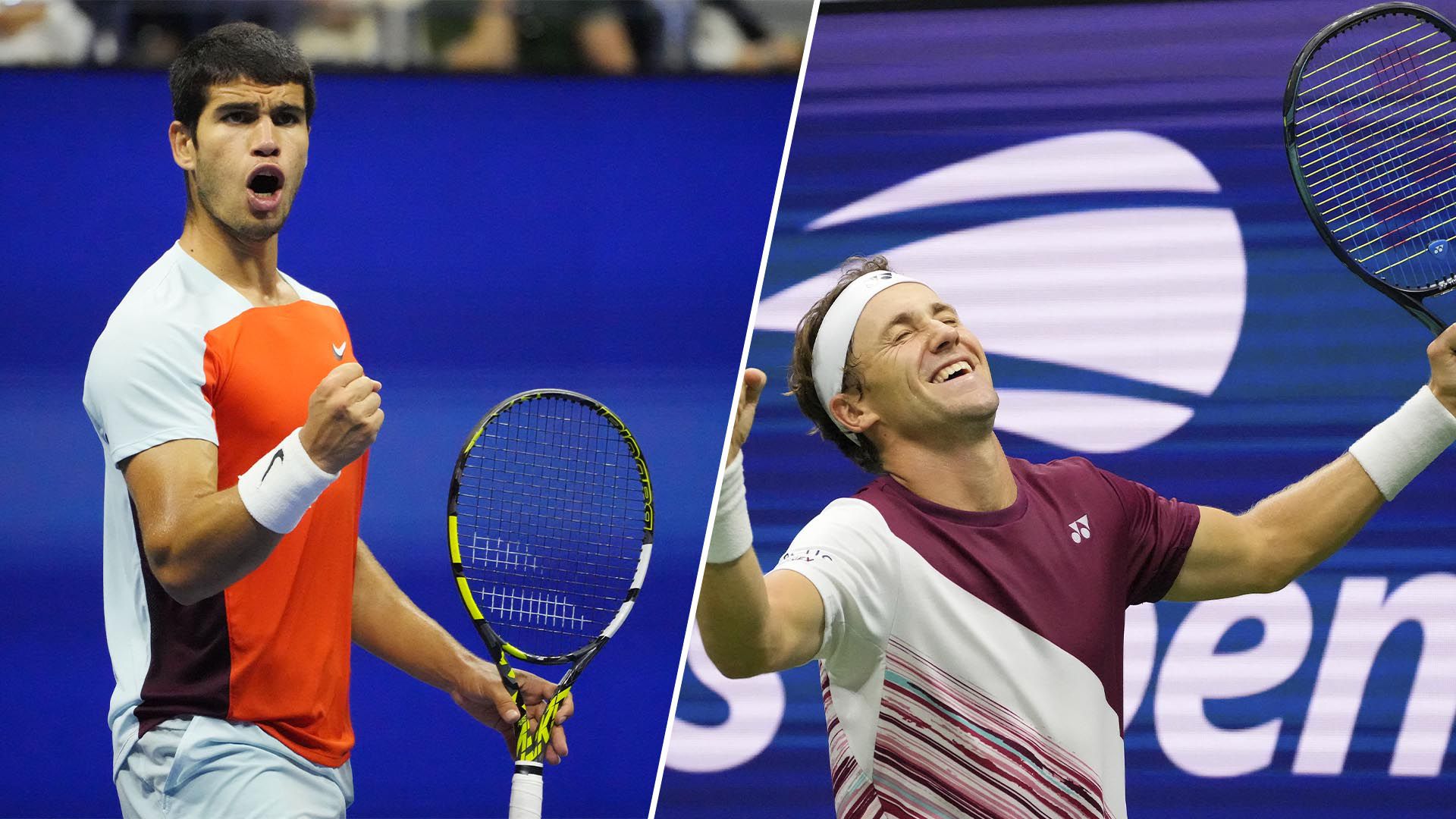 The Spanish Carlos Alcaraz has a double date with history this Sunday, when he will face the Norwegian Casper Ruud at the end of US Openwith the possibility of winning the first ‘big’ of his career and becoming the youngest number one in the world at the same time.

Now, with two Masters 1,000 titles in his pocket, Alcaraz can make history and take the record from Australian Lleyton Hewitt to be the youngest number one in history. In addition, he may become the youngest US Open champion since American Pete Sampras in 1990.

Before this tournament, Alcaraz had never gone further than the quarterfinals in a ‘Grand Slam’ and he is clear that the management of emotions will be key to getting his hands on the title.

It will be measured against a Ruud, who was already a finalist this year at Roland Garros, where he lost to Rafa Nadal, and who to win it would give the biggest jump ever in the world rankingmoving from seventh to first position.

But Alcaraz already knows what it is to beat the Norwegian, having defeated him this year in the Miami final and in 2021 in Marbella, both times in straight sets.

“I already beat him in Miami, I am a player capable of beating him again in a ‘Grand Slam’, he’s already played in a ‘big’ final, he already knows what it’s like to live that moment, he has that experience and for me it’s new”, said Alcaraz after beating Tiafoe.

Ruud, who won nine titles in his career, but still no ‘big’ or Masters 1,000, reaches the final after beating the Russian Karen Khachanov in semifinals.

Alcaraz, for his part, will try to play this final “like any other game” and is one step away from making history. It should be noted that only four Spanish tennis players have been number one in the world: Arantxa Sánchez Vicario (1995), Carlos Moyá (2003), Juan Carlos Ferrero (2003), coach of Alcaraz, and Rafa Nadal (2008).

In an exciting match, Serena Williams failed Alja Tomljanovic at the US Open and retired from tennis

“Unreal” and “superhuman”: the impossible point that Alcaraz beat Tiafoe to advance to the US Open final