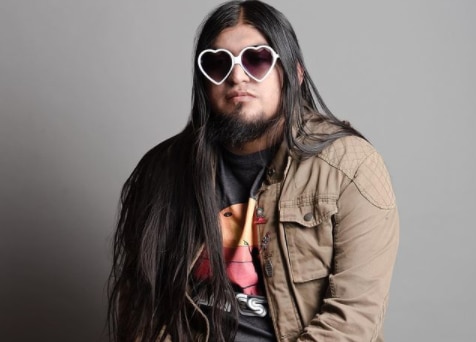 Comedian Carlos Ballarta canceled his show that he would offer in Celaya due to insecurity and violence in that state. “This unfortunately is real, we are living in dark days: insecurity and COVID plague us. But the new trailer for Spider-man”, The standupero communicated through his official Facebook account.

His presentation was scheduled in the Francisco Eduardo Tresguerras auditorium, the people who bought the tickets They will be able to request their money back, through the E-Ticket page.

The comedian shared a series of photos where the notice comes from the aforementioned page. “The presentation of Carlos Ballarta and his show Wild Rebel scheduled for November 17 has been canceled ”, so the famous decided to publish an image of the superhero without neglecting his characteristic sense of humor.

He divided opinions on social networks and some were dissatisfied, while others took it easy and with a little sense of humor. “Celaya is not so dangerous, that you don’t know how to avoid bullets is something else”, “Chale, I don’t know whether to take it as a joke or reality”, “A great show of hand, what a shame! Hold on to the canceled ones, one day you will have to see the divo from Chicoloapan “,” A few days ago we had an important sporting event in the state, which was a great success and took place in excellent conditions “,” It will be for the other one, no way ” , among others.

The comedian took advantage of the same post to communicate that another of his presentations was also canceled but due to a completely different situation, this because the Josefa Ortiz de Domínguez auditorium does not comply with the health security measures required by the state.

Different users questioned him, as they explained that several concerts had already been held in that same place without any problem, to which Carlos replied: “Unfortunately in that venue several events have already been canceled and we cannot risk being canceled a day before like the others”.

Others netizens drew their own conclusions and they assured them that Celaya and Querétaro seemed very strange because other comedians did not cancel such as “Chuponcito” and “India Yuridia”. They think that it was because the famous person did not want to visit those places or that he simply did not sell all the tickets.

Too Several people reminded him of his controversy after commenting on Roberto Gómez Bolaños, better known as Chespirito. Let us remember that he declared that he does not consider it the responsibility of comedy to provoke reflection among those who consume it, a comment that gave rise to the criticism he made. He explained that he did not like to talk about the deceased comedian because of the visits he made to Latin American countries in their respective times of dictatorship.

On the other hand, it is important to mention that Ballarta will participate in an independent video game in Mexico titled Mictlán: An Ancient Mythical Tale, a proposal from Meta Studios to enter the international market for action games. A few days ago they revealed what his character will be, as he will appear as a tlamacazqui, which has the ability to predict disasters and tragedies.

Being someone who witnessed so many terrible things, although some think that his character named “Ballartatl”, it will be serious and quiet. Actually he will be an individual who will always take things with a lot of humor. “When a being surrounds himself with such calamity, strangely his attitude turns towards the opposite path. With his eyes he jokes and makes everyone who comes close to him laugh, aware that this may be the last time they laugh ”, explained Meta Studios.

Carlos Ballarta responded to the controversy he unleashed for criticizing Chespirito: “I don’t regret anything.”

Who is Carlos Ballarta, the comedian who threw himself against Chespirito