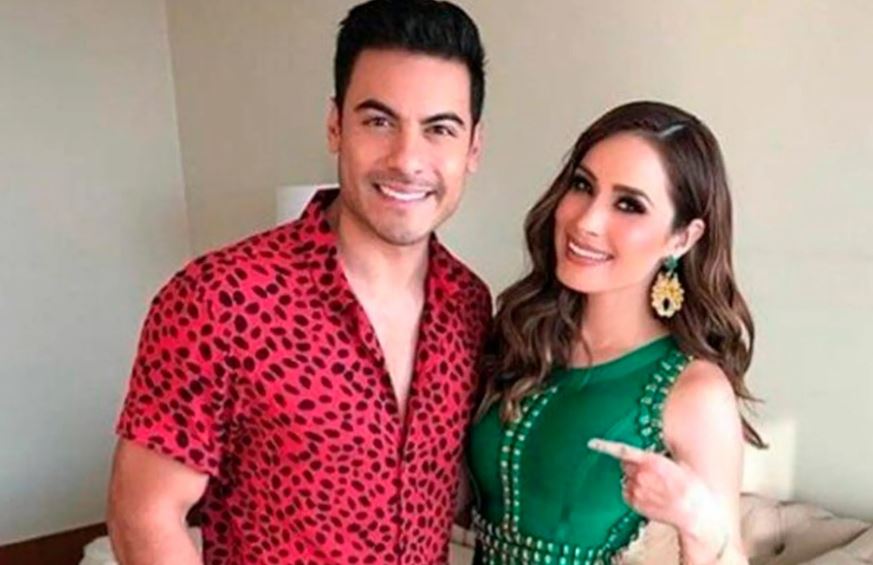 Carlos Rivera hardly talks about his private life, although he is so happy to finally be married to his beloved Cynthia Rodríguez that he has decided to share some details of his married life.

The singer has just gone through a very sad moment after the loss of his father, but with the support of his loved ones and his fans, he is coping with the unfortunate event.

This was demonstrated in a recent interview, as he answered with great joy that his relationship with Cynthia Rodríguez is going better than ever now that they live the dream of being married. Next, we tell you everything he said.

The famous singer Carlos Rivera was also asked if his relationship with Cynthia Rodríguez, former host of “Venga la Alegría” would have changed somewhat now that they were married and he replied that not much, although he confirms that the commitment is greater, but in the good sense.

“You try to make it a blessing, a celebration of love. It has been for the better and for something more beautiful. I think it doesn’t change (love), except to have a stronger commitment, “the singer replied.

However, although he refused to talk in more detail about his wedding, he said that everything has been perfect and also explained that he will always prefer to keep some things private from the public eye and reveals that this has made it possible for him to carry his relationship with his now wife: “That has made me reach this point after so many years with my wife, to reach a greater commitment,” said Carlos Rivera.