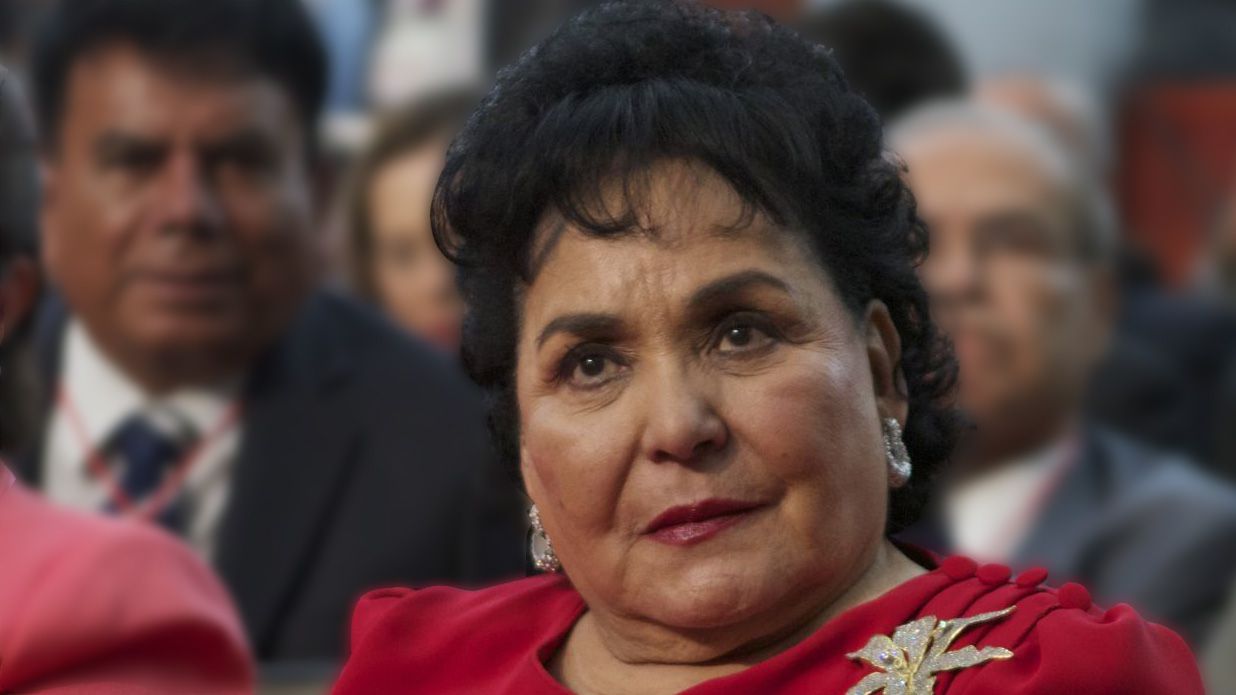 During the night of this Wednesday, seven days have passed since Carmelita Salinas she was hospitalized in emergency StarMédica, a hospital located in the Roma neighborhood, Mexico City. From that moment until today, the actress remains in a natural coma due to a stroke and her family does not lose hope that the actress can wake up.

It was around 10:00 p.m. on November 10 when Carmen Salinas fainted, without explanation, at home. The famous impersonator had dinner and was resting after a day of work, according to the first statements given by her granddaughter Carmen Plascencia and her nephew Gustavo Briones.

So far, all the medical information around the 82-year-old actress’ health status is known thanks to the interviews that her relatives have given outside the hospital, since none of the doctors has wanted to go out to speak with the media. According to the last report that her relatives gave last night, the situation remains the same, the actress is still in a coma and with respiratory aid.

A wave of rumors began to circulate on the internet regarding the possibility that the stroke suffered by Carmelita Salinas could have been caused by the effects of the COVID-19 vaccine, her granddaughter Carmen Plascencia denied them and assured that the entire family of the actress is vaccinated.

“No no no not at all. Practically all my family is vaccinated because we have to help the health emergency to go down and that prevents the virus from continuing to evolve, modifying itself, so we are faithful to vaccinate ourselves, to support, “said Salinas’ granddaughter before the cameras of Venga la Alegría .

In this way, the young woman put back speculation about it and tried to raise awareness about the importance of vaccination. It is worth mentioning that the hospital where the actress from the Cine de Ficheras is admitted is a COVID hospital, that is, it cares for patients who contracted the virus and gives continuity to their progress. For that reason, only people who have the complete vaccination schedule can access.

On the other hand, Carmen Plascencia clarified that the medical diagnosis of the actress from Tivolli It is a natural coma due to a brain hemorrhage and I point out that both the term and stroke are correctly used in this situation, because while one is used by doctors, the other is part of the colloquial vocabulary.

“Stroke is a colloquial term, bleeding is the correct term, My grandmother had a hemorrhage in the brain stem, many people say that she had a stroke, however there is no difference, the damage is the same ”, he said.

Gustavo Briones also spoke about the complicated situation his aunt has been facing since last week. In front of the media, Carmen Salinas’ nephew confirmed that he recently had a conversation with Eugenio Derbez, a famous Mexican comedian who has lived in the United States for some years.

“If there was a communication, I explained how things are and he said: ‘I am at your service, whatever is offered to them.’ We don’t have to move it. Thank God we have received countless proposals regarding transferring it to where we want, not just him, a lot of people ”, he commented.

Gustavo Briones explained that the family does not plan to move Carmelita Salinas from the hospital or the country due to the delicate condition she faces. In addition, he assured that the actress has received all the pertinent attention, is kept under medical medication and under observation.