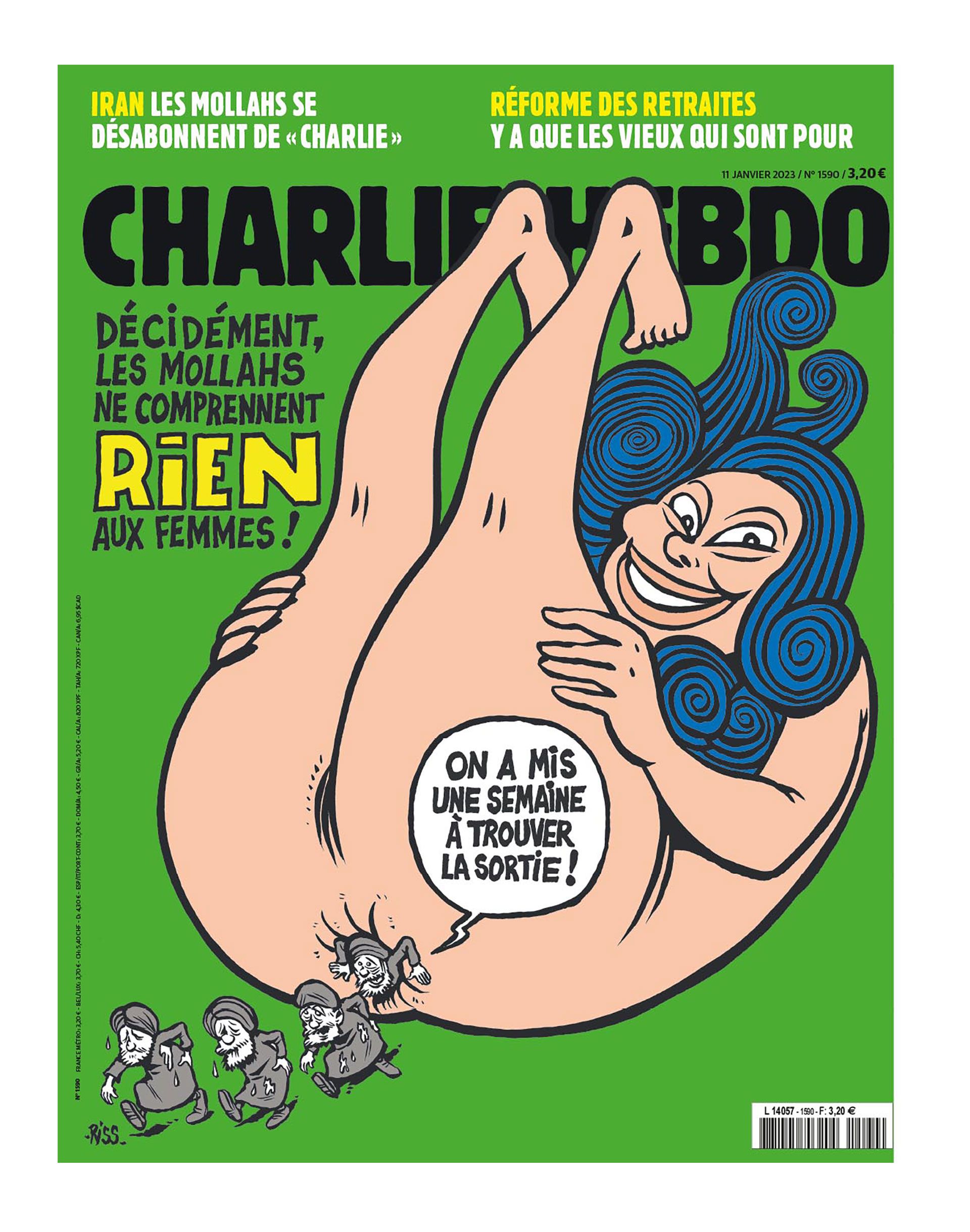 French satirical magazine charlie hebdo will publish this Wednesday an issue in which new caricatures of Iran’s supreme leader, Ayatollah Ali Khamenei, appear, as well as criticism of the repression and violence that the country is experiencing as a result of the protests.

“What do the mullahs understand about desire and passion? They don’t understand much. They are obsessive and their only pleasure is to control others, so they have to scare, contain and suppress. They cannot help their fellow men to prosper, because they are not themselves,” reads an editorial published Tuesday in Farsi by its director, known as Riss.

The new cover, advanced in the Twitter account of the satirical magazine, expresses: “Mullahs definitely cannot make women laugh”accompanied by a drawing of a nude woman from whose anus four miniature figures of Khamenei protrude. A similar cover was published on January 7, coinciding with the anniversary of the attack on the magazine’s headquarters in Paris.

charlie hebdo announced on December 9 an “international competition to produce caricatures of the Supreme Leader of the Islamic Republic of Iran,” whom it described as “a symbol of backward thinking, narrow-mindedness and intolerance of religious power.”

These actions by the magazine were not liked in Tehran and Iranian Foreign Minister Hosein Amirabdolahian made a threatening statement on his Twitter account. “The act insulting and indecent from a French publication on caricatures of religious and political authority will not be left without an effective and decisive responseAmirabdolahian warned.

The magazine suffered cyber attacks last week for the publication of the cartoons.

The Lebanese Shiite group Hezbollah also condemned “strongly” this Tuesday the cartoon contest launched by the magazine about the ayatollah and asked the French government to take action and punish those responsible.

“Imam Khamenei is not just the leader of a great country, but the imam of a nation and a religious authority for tens of millions of believers,” according to a statement from the press office of the powerful pro-Iranian movement Hezbollah.

In addition, he asked the government of Emmanuel Macron to “separate” its political conflict with Iran and not allow “shameless magazines like charlie hebdo undermine the sanctity and dignity of Muslims.”

From the French Government, the Foreign Minister, Catherine Colonna, vindicated the freedom of the press that exists in France and recalled that there is no crime of blasphemy there.

In reaction to the cartoons, Iran last week closed the French Institute for Research in Iran (IFRI). And on Sunday, dozens of Iranians gathered outside the French embassy in Tehran and burned French flags.

charlie hebdo He explained that he published the cartoons to “support” “the Iranians who fight for their freedom”, in reference to the protests that have shaken the country since September, after the death of the young Mahsa Amini, who had been arrested for wearing the wrong place. islamic veil.

The magazine came to the international arena after the publication in 2006 of some cartoons of the Prophet Muhammad, which had originally appeared in the Danish newspaper Jyllands-Posten. In 2015, his newsroom in Paris was the target of an attack that left twelve dead.

(With information from AFP, EuropaPress and EFE)

The internship within the Iranian regime broke out, which remains surrounded by massive protests and under great international pressure