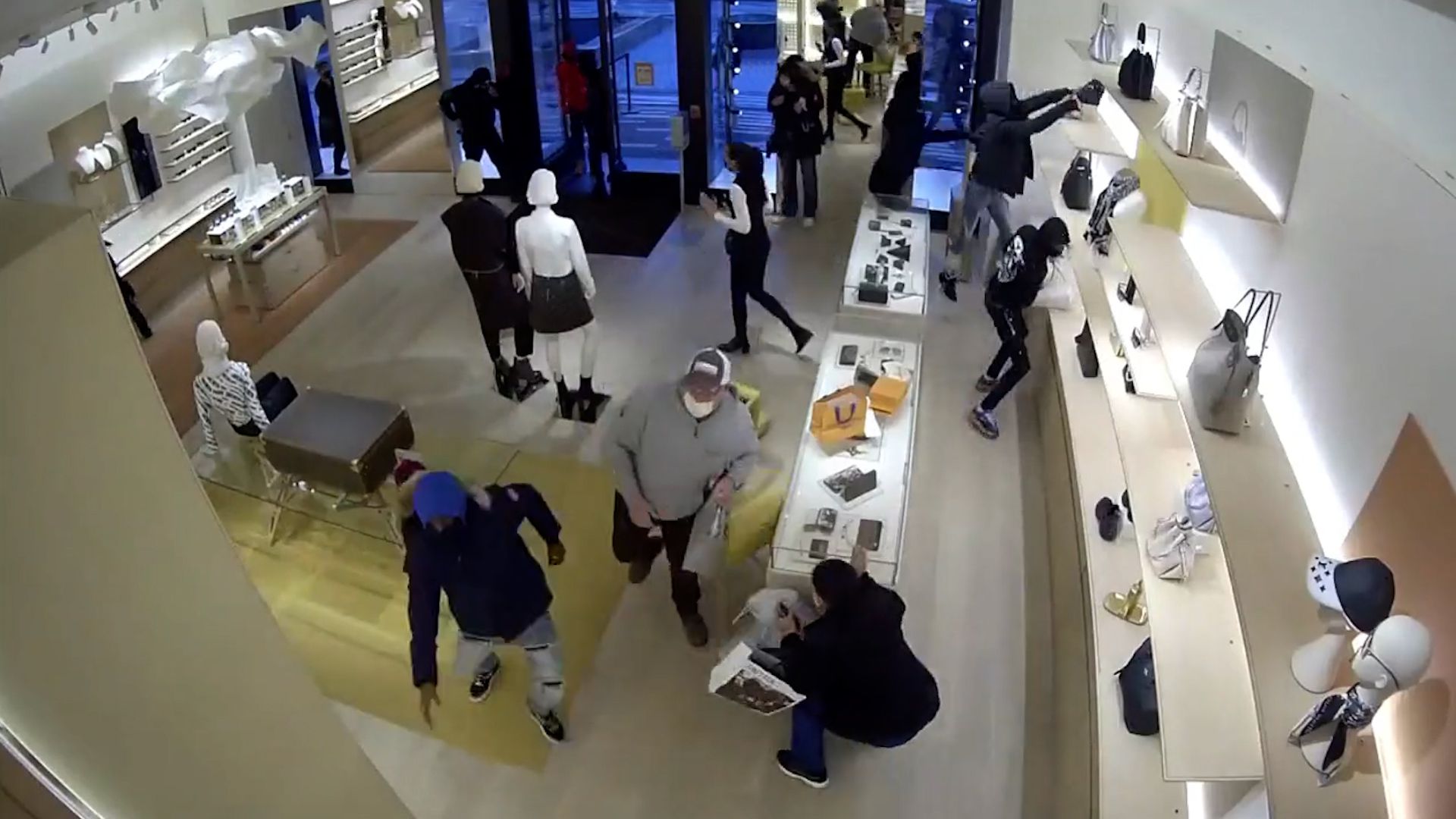 A gang of 14 thieves broke into a Louis Vuitton store in Chicago and took $ 120,000 worth of merchandise. The assault, in broad daylight, set off the alarms of the authorities since it is the third of the same characteristics in a month and a half. Between the three commando blows, Louis Vuitton estimates it lost $ 266,000.

Oak Brook Police in DuPage County released Thursday the images taken by the security cameras who recorded the assault that occurred on Wednesday at 3:30 p.m. In the video, it is observed how hooded men take control of the premises and, in a few seconds, carry bags, jewelry, accessories, shoes and clothing from the renowned house founded in France.

According to what he reported Univision, the preliminary investigation found that when the thieves went out of business, three people were waiting for them in three different cars to escape quickly. Oak Brook Police Chief, James kruger, said that the details of the cars and their patents will be reserved so as not to affect the investigation, the aforementioned media added.

For its part, Daily Mail recorded that some of the thieves they took everything they could in their hands and, in seconds, everyone ran out of the store, located about 30 miles west of downtown Chicago.

Officers were able to find one of the vehicles, a Dodge Charger, on Friday, which had been reported stolen last month. The other two cars are believed to be a silver Lincoln MKZ and a red sports car. “We are determining all those leads now, our detectives are working on those leads”, Said the local police to Fox News.

In October, a similar robbery occurred at a Louis Vuitton branch located in the Northbrook shopping center, in which 13 individuals took $ 66,000 worth of merchandise. “We don’t know if there is a connection yetBut there are certainly similarities and our researchers are talking to their researchers, ”Kruger said.

The previous month, the Illinois Attorney General had ordered the creation of a working group to take action against these types of organized theft.

The crude story of the nun Gloria Narváez about her kidnapping: beatings, torture and a faith that kept her alive

Great find in the tomb of a Scythian warrior, the ancient population that drank the blood of their enemies