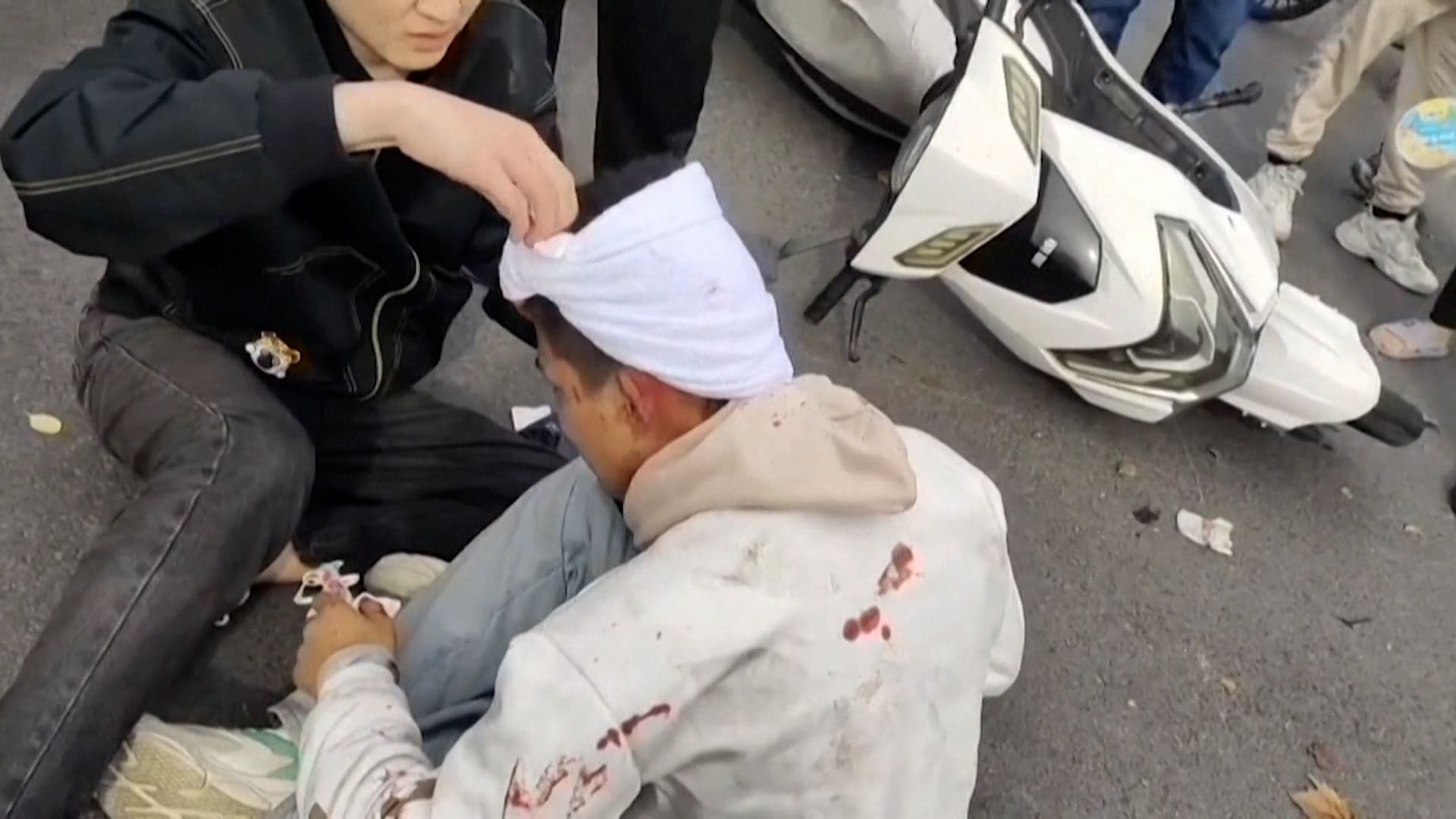 Six million inhabitants of the Chinese city of Zhengzhouheadquarters of the largest cell phone factory iphone in the world, have been confined since this Friday, after a few clashes between the police and the workers of that plantwho demand salary improvements.

Authorities have ordered residents of eight districts of Zhengzhou in central Henan province not to leave the area for five days and erected fences around residential buildings deemed “high risk” and checkpoints to restrict displacement.

In the city, no more than a handful of cases of coronavirus.

The order came after hundreds of employees at the iPhone factory in foxconn, on the outskirts of the city, will protest to demand better salary conditions. This Friday, new images of those marches were released.

In a video posted on social networks, which was geolocated by AFP, a crowd is seen walking down a street in the east of the city, some with banners.

“How many people!” a man is heard saying. AFP was unable to verify when exactly those protests took place.

Dozens of workers left the factory on Thursday after pocketing a pay of 10,000 yuan (about $1,400). But, according to videos released on the Chinese apps Douyin and Kuaishou, the Taiwanese company banned many of the employees who recently joined the company from going to work.

Many of these new employees are confined to hotels outside the plant, several workers told AFP.

“We are quarantining in a hoteland we cannot go to the Foxconn compound in any way,” explained an employee, who requested anonymity.

It may interest you: The Chinese regime cracked down on workers at an Apple factory who rebelled against the zero COVID policy

Another employee claimed that the wage earners who were barred from going to work were promised 10,000 yuan compensation for undergoing quarantine, but had only received part of that amount.

“They won’t let us start work and we can’t go home, Zhengzhou is confined,” one of the troops who were forced to quarantine told AFP, in the city of Ruzhou, southwest of Zhengzhou.

According to him, smaller-scale protests are also taking place in other cities in the province, organized by disgruntled Foxconn employees who, like him, were unable to join their new job due to the quarantine. 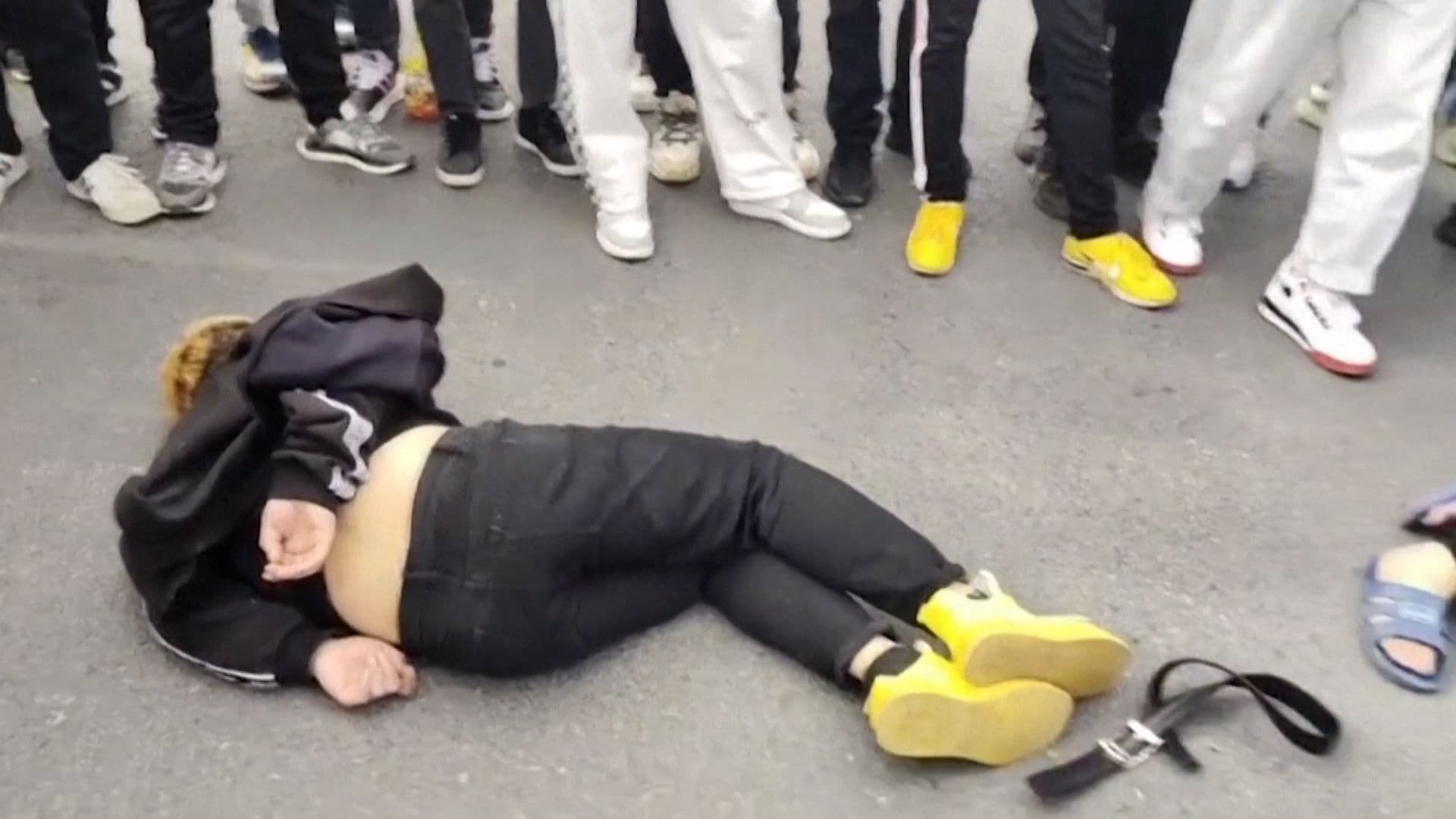 The riots in Zhengzhou occurred against a backdrop of unrest over the Asian giant’s strict “zero covid” policy. That strategy, which involves large-scale lockdowns, travel restrictions and massive testing, has also dealt a heavy blow to the world’s second-largest economy.

Despite this, China, a country of 1.4 billion inhabitants, reported 33,000 new cases of covid-19 this Friday.

In the industrial city of guangzhouIn the southeast, millions of people were forced to present a negative test for covid-19 to be able to leave their homes.

In that town, several inhabitants of the Haizhu district dismantled barricades and threw objects at police officers, dressed in protective suits, according to videos posted on social networks and geolocated by AFP.

“What do they do? What are you doing?” shouts a police officer, equipped with a shield, as he and his colleagues try to protect themselves from the projectiles.