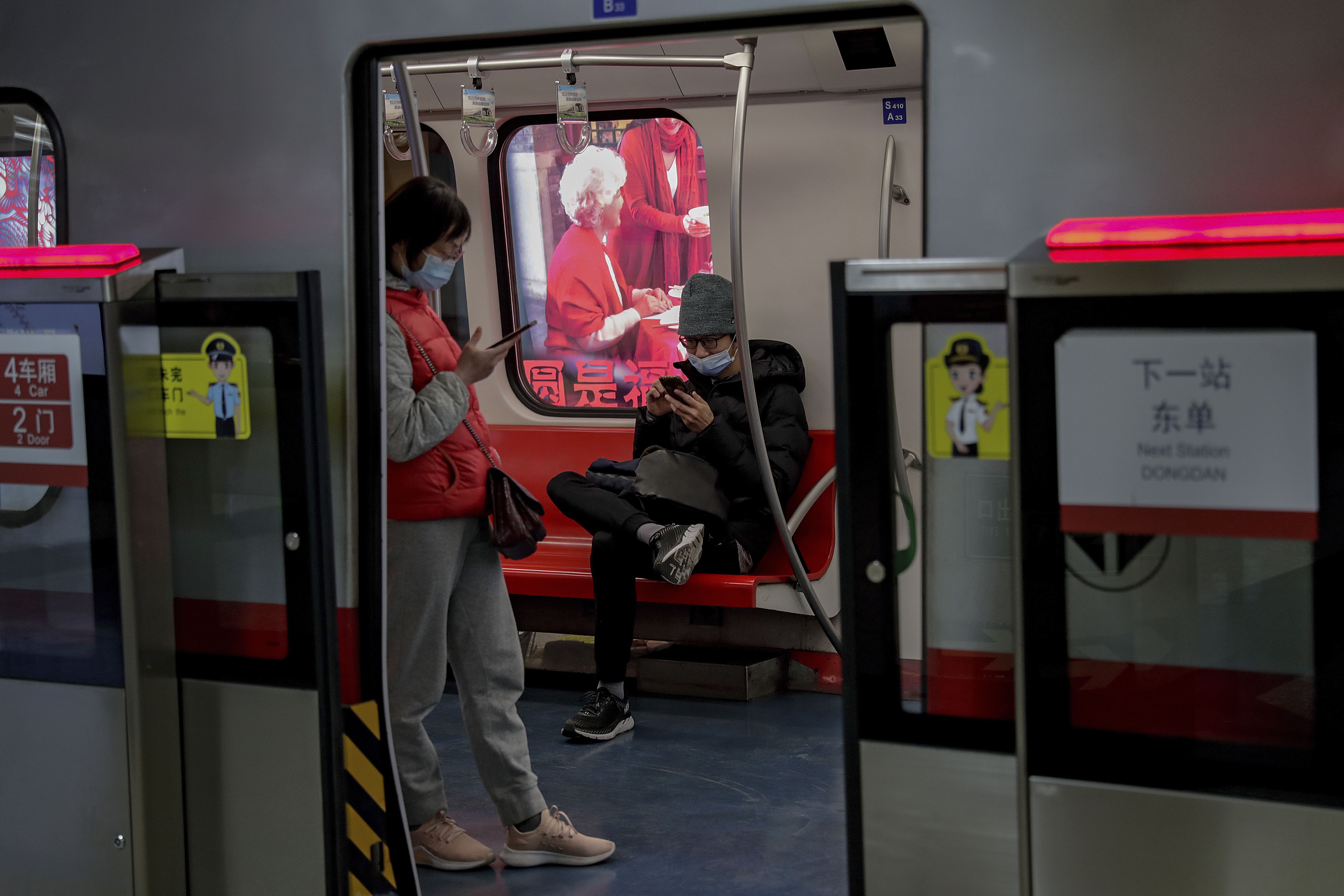 The anti-covid health code on Chinese lawyer Xie Yang’s mobile changed from normal green to dangerous red shortly before he set out on a trip to Shanghai to visit Zhang Zhan’s mother., a now jailed woman who reported from Wuhan on the early stages of the pandemic.

The color change prevented Xie from even accessing the Changsha airport (in the center of the country), at whose entrance he had to show, through a mobile tracking application, that he had not been in risk areas or in contact with those infected by the SARS coronavirus- CoV-2.

Hours before the trip, on the night of November 5, two police officers had tried to dissuade Xie from the trip. “Orders from above”They alleged, without being able to change the counsel’s determination.

Hours after the incident at the airport, on the morning of November 7, his code was back in the color attributed to hope, but by then there was nothing to do.

The human rights defender organization Amnesty International says this is the first time it has been aware of pandemic tracking mobile apps being used to make it difficult for dissidents to travel..

“The health ‘app’ is a scientific matter. It should not be manipulated by bandits of the Communist Party of China as a tool to restrict the mobility of dissidents.Xie protested at that time through his social networks, messages that were accompanied by screenshots of his code.

“In China, politicians are above all,” explains the lawyer to the EFE agency by phone, three days after the event. They are perfectly capable of changing the data on the (health) platform. As I refused to agree to the request of the Police, I think they were the ones who changed my data on the platform”.

The hours the code colors changed also coincided with the trip. “It is easy to deduce that it was them”, He points out.

But he did not limit himself to deducing, but he went to the Municipal Health Commission on November 8 to ask for an explanation. “I wanted to know how that could have happened on a technical level. Did I get within eight meters of a risk zone or an infected?”, bill.

Xie claims that his code was green the day before going to the airport, and that had not been in any of the areas declared of medium or high risk of covid, or in contact with anyone with symptoms.

What’s more, Changsha Municipal Sanitation Commission confirmed to EFE that the city – which Xie says he did not leave in the previous two weeks – was not at that time declared a medium or high risk area for contagion.

After the period to which the Health Commission had agreed to provide explanations, they said that there was no information that they could provide in this regard.

The capital’s health ‘app’ asked him to enter the places visited in the last 14 days, a standard procedure when traveling, only that the only options available were from places with regrowth, so, if you select them, it would have been immediately banned from entering the Chinese capital.

“The health code is a tool to manipulate people and maintain stability”, Wang joked on Twitter.

Her husband, Bao Longjun, had no better luck in those same days trying to return to Beijing from the eastern city of Suzhou.

Bao denounced through Twitter that the only option that the application allowed him to choose was Changzhou, a town that was then considered an epidemic risk by covid-19.

“But I have never been to Changzhou,” Bao said. “I won’t be able to go back (to Beijing) if I fill out the form like this. After filing a (telephone) complaint, they removed Changzhou (as the only eligible destination). But now I have a yellow code ”, with which movements are restricted and the individual should be quarantined at home.

“It is the first time that we are aware of cases in which the (Chinese) Government is using the health ‘app’ to restrict the movements of human rights defenders”, They tell EFE from Amnesty International (AI).

“However,” the organization warns, “the authorities have long used the nominal registration system to track human rights defenders or to restrict their movements ”.

“There are cases in which they have not been able to travel because the authorities included their names in the ‘restricted list’ of the database”Explains an AI spokesperson. “As a result, they were unable to use the train ticketing system.” And they had to stay on land.

Shanghai marathon suspended due to resurgence of COVID cases in China

The fourth wave of COVID grows in Germany: new record of cases and more than 200 deaths in one day

The vaccination ranking in America: map and statistics