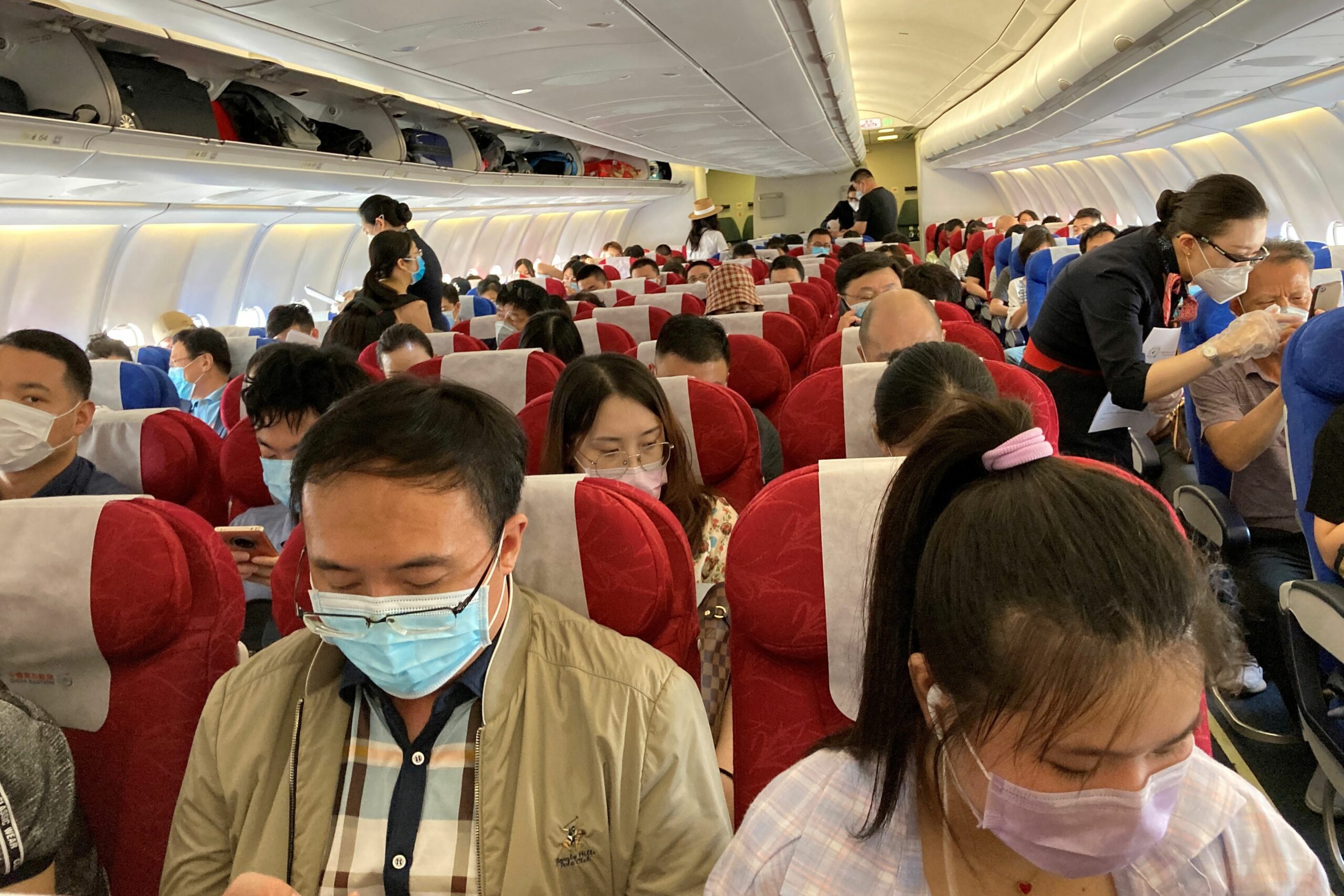 The chinese they will be able to return to group travel abroad starting next February 6th After almost three years of vetoing these displacements within the framework of the national policy of ‘zero COVID’reports the Shanghai news portal shine.

According to the Ministry of Culture and Tourism of the Asian giant, as of that date, group travel will be authorized again, although initially only to around twenty countries, among which are popular destinations in the region such as Thailand or Indonesia.

The virtual travel agency Trip.com revealed that searches for group travel abroad skyrocketed 500% immediately after the announcement, carried out this Friday.

China reported a significant rise in the number of COVID-19 hospitalizations in the last week, that of January 15. According to a report published Thursday by the World Health OrganizationIts about highest level since the start of the pandemic.

According to the document, the number of people hospitalized for this disease in the Asian giant increased 70% from one week to the nextthus arriving at 63,307.

In any case, the WHO is still awaiting the “detailed provincial data broken down by reporting week” in order to have a clearer and more precise picture of the epidemiological situation in each region of the country. These documents that Beijing will send will also specify 60.00 deaths additional hospital infections related to COVID-19 that were reported in the country last week and had not been included in the count.

Last December, the Xi Jinping regime ordered an end to the strict policies of zero COVID following a series of protests that broke out in various cities across the country. This decision caused a lack of control of the epidemiological situation in the country, given that the long isolations did not allow society to achieve a herd immunityadded to the fact that a large part of the population had not received the booster dose.

In this context in which, moreover, China refuses to provide too much information due to its policy of secrecy and control, the WHO has warned that Xi Jinping this underestimating the magnitude of the outbreak after, this Thursday, he referred to a “new stage” in the prevention of the COVID pandemic in the country, in which the virus has “descended in its pathogenicity”.

They have also reiterated their request for more detailed datasuch as the number of deaths, excess mortality and genetic sequences, which allow early detection of a new variant.

However, in the last few hours, the Xi admitted to being concerned about the rapid rise in cases of coronavirus, mainly in the rural areas of the country, where the health infrastructure is “relatively weaker”.

The announcement was made just hours after the start of the festivities for the Lunar New Year -which takes place between January 20 and 28- and which, traditionally, cause the displacement of thousands of citizens throughout the country and even abroad. However, for many, the peak travel season officially began on January 7, which explains these increases in cases.

Xi warned of the risks of returning to their places of origin given that in areas in the interior of the country, prevention work “has a high degree of difficulty”. In turn, visiting older relatives poses a risk for this sector of the population, which is more prone to developing a serious condition, of contracting the virus.

That is why Beijing asked the local authorities “strengthen anti-epidemic services” before the “return of migrant workers and students” to their homes. Also, he claimed protection for the “sick, elderly, children and pregnant women” in remote areas of urban centers, at the same time that he pointed out the need to “to protect the health of peasants to the greatest extent” so that they spend “safe” holidays.

Estimates from UK healthcare industry analytics company Airfinity point out that in this week of holidays for the Lunar New Year, the number of deaths due to the virus could reach 36,000 daily.

COVID in China: 36,000 daily deaths are expected during the Lunar New Year

The Chinese regime falsifies COVID death certificates and unleashes the ire of the relatives of the victims: “What are they trying to hide?”

The wave of COVID-19 cases in China would have already peaked, according to a computer model