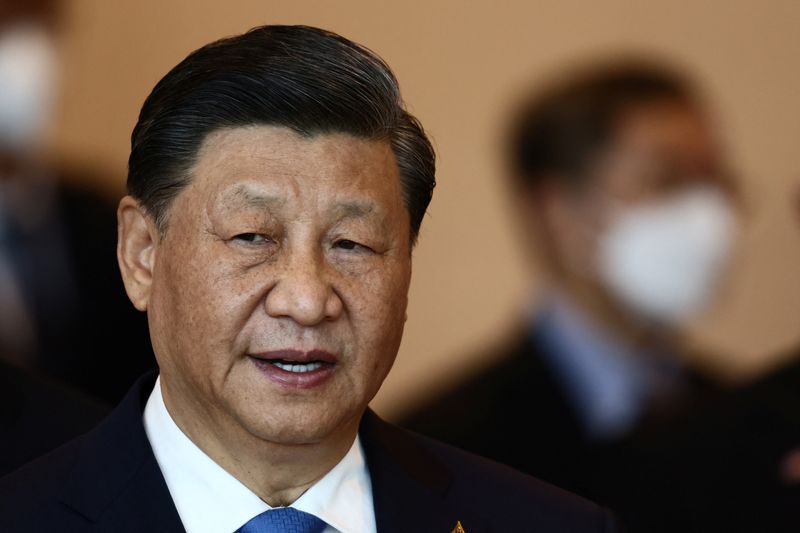 The economic growth of China in 2022 is projected as the weakest in four decadesbehind the crisis of the pandemic and that of the real estate sectoranalysts said before the GDP announcement on Tuesday.

Ten experts consulted by AFP forecast a GDP expansion of 2.7% YoY on average in the world’s second largest economy, a sharp drop from 8% growth in 2021.

It could also be the lowest since the 1.6% contraction in 1976, the year of Mao Zedong’s death, not counting 2020after the emergence of the COVID-19 virus in the Chinese city of Wuhan at the end of 2019.

Mandatory lockdowns, quarantines and mass testing led to the abrupt closure of factories and businesses in large cities such as Zhengzhou, home to the world’s largest iPhone factory, and impacted the entire global supply chain.

Beijing eased pandemic restrictions in early December, after three years of enforcing some of the world’s most written measures against the coronavirus.

As a consequence, China is facing an uptick in COVID-19 infections that have overwhelmed its hospitals. The situation could be reflected in growth in the fourth quarter, which also will be announced on Tuesday along with other indicatorssuch as industrial production and employment.

“The fourth quarter is relatively difficult,” said economist Zhang Ming of the Chinese Academy of Social Sciences in Beijing.

“It doesn’t matter if it’s by consumption or investment metrics, growth is slowing down,” he added.

Chinese exports had their strongest drop in December since the start of the pandemic, with a contraction of 9.9% year-on-year, while consumption reached negative figures in November and investment slowed down. “Those three carriages of the Chinese economy face relatively evident downward pressure in the fourth quarter,” Zhang said.

Teeuwe Mevissen, an analyst at Rabobank, noted that the fourth quarter “will almost certainly show a decline due to the rapid spread of COVID”.

“This will affect demand and supply conditions for the worse,” he said.

The real estate problems they also affect growth, Mevissen said. This sector, which together with construction represents more than a quarter of China’s GDP, has suffered since Beijing cracked down on excess credit and speculation in 2020.

This regulatory tightening marked the beginning of financial worries for Evergrande, the former Chinese real estate leader now saddled with massive debt. Property sales have fallen in several cities and many developers are struggling to make ends meet.

However, the government appears to be taking a more conciliatory stance to revive this key sector. Measures were announced in November to promote its “stable and healthy” development, with credit support for indebted developers and assistance for home buyers.

“The worst is over”

Some analysts view these measures with optimism. “The transition phase could be difficult because the country could have to face a rebound in infections that will put pressure on the health sector,” warned HSBC analyst Jing Liu.

The World Bank forecast that China’s GDP will grow at 4.3% in 2023, below expectations.

But economist Larry Yang declared that 2023 will be “the year of the return to certainty”. He said he expects growth to accelerate quarter-on-quarter in 2023 to close at 5% expansion for the year. Other analysts consulted by AFP made the same projection. “The worst period for the economy itself is over,” Yang said.

(With information from AFP/By Sébastien Ricci and Luna Lin)

After 70 years, Japan turns and remilitarizes in the face of threats from China and Russia