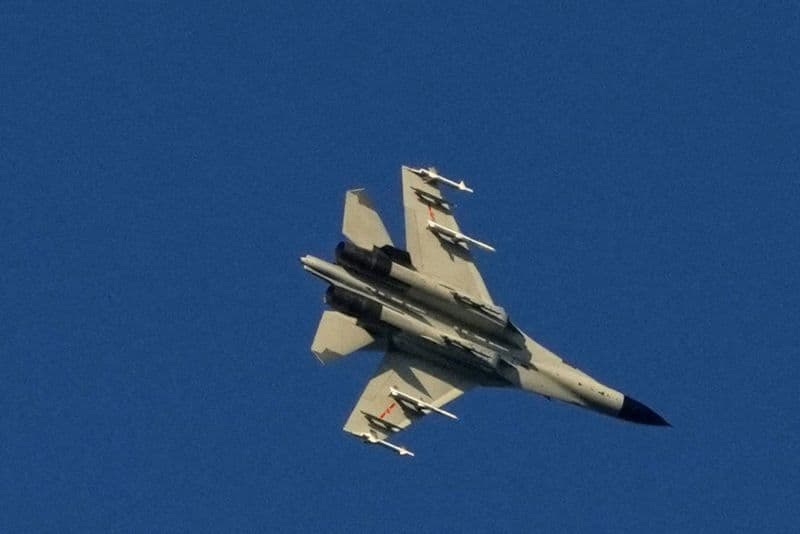 The Armed Forces of Taiwan denounced on Monday the deployment of 63 planes and four ships of the Chinese Army off the coast of the island and accused Beijing of implementing measures aimed at intimidating Taipei.

“At 5:00 p.m. (local time) the Armed Forces have detected the presence of planes and ships of the People’s Liberation Army of China in the air and maritime spaces near the island,” the security forces said in a statement.

Thus, they indicated that 31 of these planes crossed the so-called “median line” of the Taiwan Straitwhich for its part has sent a patrol and has issued several radio alerts.

The Taiwanese authorities also proceeded to deploy anti-aircraft defense systems in the face of increased tension with China and fear of military aggression.

On October 26, the United States Secretary of State, Antony Blinken, warned that China is trying to “accelerate” the conquest of Taiwan, thus contravening the ‘status quo’ of the island and the non-confrontation pact signed between Washington and Beijing.

As detailed by Blinken, this historic agreement reached between the two parties in 1979 has been “fundamental” so that the United States and China have not gone to war over dominance of the island, over which Beijing considers itself sovereign.

“What has changed is this: a decision by the government in Beijing that this ‘status quo’ was no longer acceptable, that they wanted to speed up the process by which they would seek reunification”, said Blinken in statements to the news agency Bloomberg.

The representative of US diplomacy thus warned of China’s change of course with respect to the island and its maneuvers in the Taiwan Strait, which have led to an escalation of tensions. Beijing, however, also accuses Washington of supporting Taipei after the controversial visit of the president of the House of Representatives, Nancy Pelosiat the beginning of August.

For Blinken, Beijing has opted for “put more pressure on Taiwan” and “make life difficult” on the island in order to try to speed up the reunification process. These statements by the Secretary of State are in line with those released in mid-October.

At the time, Blinken warned that the Chinese government was trying to take over Taiwan in a “much faster time frame” than previously thought, words that sparked some controversy but that the senior US official has maintained.

In early October, Taiwanese President Tsai Ing-wen warned beijing that the island would never leave its democratic lifestyle in a national day speech in which he drew parallels to the Russian invasion of Ukraine.

The 23 million inhabitants of the self-governed democracy live under the constant threat of invasion by the Communist Party of Chinaand Moscow’s war in Ukraine has deepened fears that Beijing might try something similar with the island.

In her speech, the president compared the invasion of Moscow to Beijing’s goal to one day take control of Taiwan, which it has promised to do, by force if necessary.

“We absolutely cannot ignore the challenge that these military expansions pose to the free and democratic world order,” he said.

Links between China and Taiwan were severed in 1949, after the nationalist Kuomintang party forces suffered a defeat in the civil war against the Communist Party and moved to the island. Relations between Taiwan and mainland China were restored only on a business and informal level in the late 1980s.

The Chinese government considers the island to be one more province under its sovereignty and advocates its reunification under the principle of ‘one China, two systems’.

With information from Europe Press

At the opening of the 20th Congress of the Chinese Communist Party, Xi Jinping said that he “will never renounce the use of force” in Taiwan

Xi Jinping and the end of collective leadership in China

More proof that this really is the end of the story