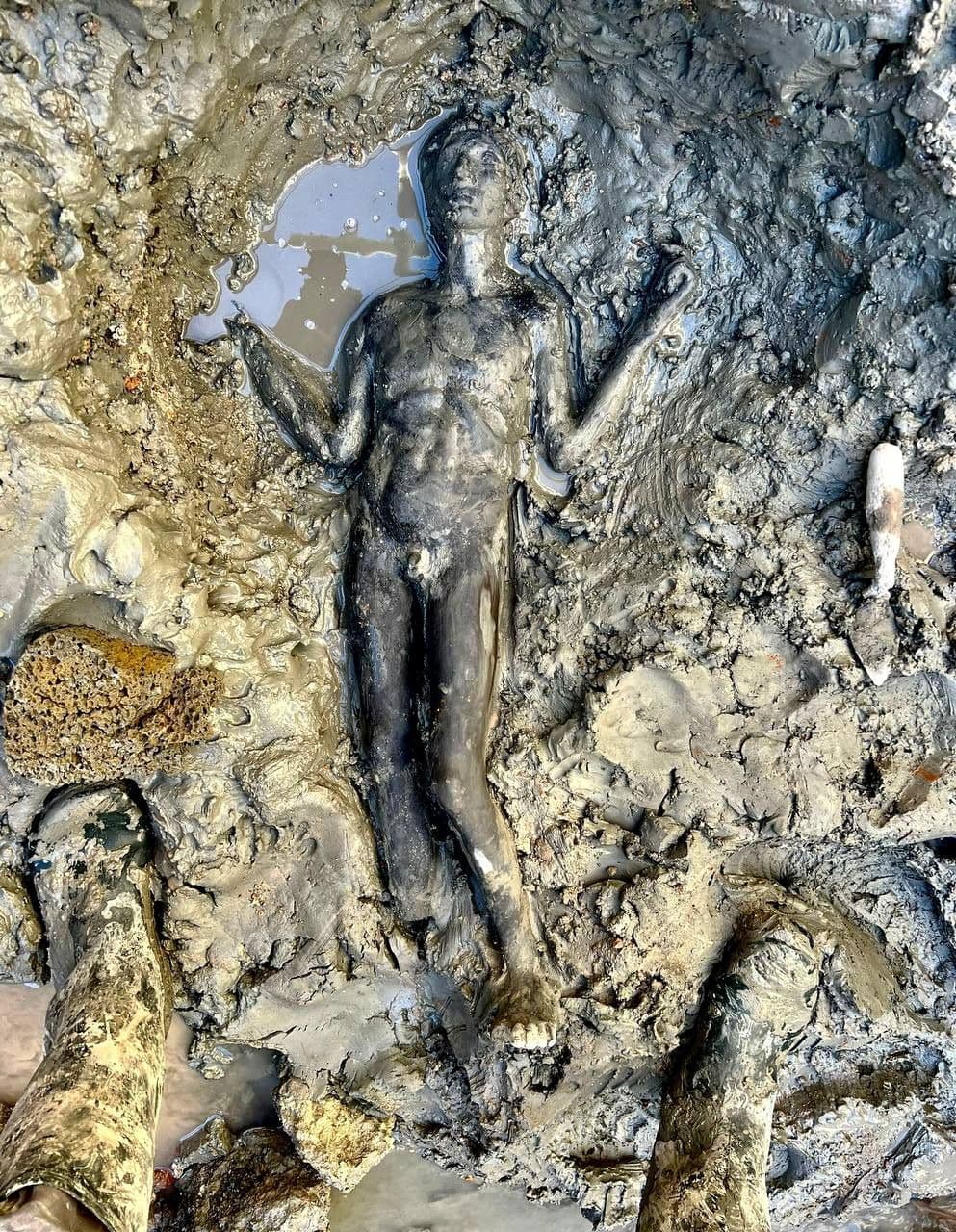 24 bronze statues in perfect condition, votive offerings and other objects, but also five thousand gold, silver and bronze coinswere recovered from the mud during the excavation of the ancient baths of San Casciano dei Bagni, in the province of Siena, central Italy, which has been considered one of the most significant finds in ancient history.

“A discovery that will rewrite history and on which more than 60 experts from around the world are already working,” said the etruscologist in charge of the excavation, Jacopo Tabolli, explaining the new discoveries in the excavation that has been in progress since 2019. and which has become the largest deposit of bronze statues from the Etruscan and Roman era ever discovered in Italy and one of the most important in the entire Mediterranean.

The ancient Romans left behind fantastic ruins of their modern civilization that clearly demonstrate their ingenuity in architecture, engineering and art. The Roman Colosseum is perhaps the most famous example of his prowess, but archaeologists have also uncovered small artifacts that reveal a great deal about his daily life more than 2,700 years ago.

Ranging from hairpins and leather sandals to intricately decorated crockery, these objects hint at how one of the greatest civilizations of antiquity worshiped its gods, spent money and celebrated.

The impressive statues that have been recovered from the mud of the old baths, represented the deities venerated in the sacred place and along with them some have also been recovered. body part in bronze that was offered to the gods for the healing intervention of the divinity through the hot springs.

Among the statues recovered from the hot mud are effigies of Hygieia and Apollo, as well as a bronze reminiscent of the famous Arringatore, a statue found years ago in the Perugia area that represented the figure of the orator Aulus Metellus, an Etruscan senator during the Roman Republic. Tabolli who affirms that this discovery “is a unique opportunity to rewrite the history of ‘ancient art and with it the history of the passage between Etruscans and Romans in Tuscany”.

As explained in Atlas of the Roman Worldof National Geographic, “The Romans were primarily polytheistic, with many of their deities inspired by those of Greek mythology. The ancient Romans believed that the more than 60 deities in their pantheon (and many demigods) helped shape the events of their lives on a daily basis.

The main divine beings included Jupiter (the sky god who oversaw all aspects of life) June (a goddess particularly associated with women’s lives); Y Minerva (the goddess of wisdom). And as the power and territory of the Romans expanded, they added deities from various cultures, such as Isis from Egypt and Mithras from Persia.

Archaeologists have discovered many artifacts with the images of the gods and goddesses of the Romans that account for these facts.

The great marble sculptures of the Romans are especially celebrated as one of the great contributions to world art history, thanks to the mastery with which they were made. But beyond the most famous, the roman craftsmen they also created refined everyday pieces that show their talent and technique in all its splendor, such as ornamental objects and musical instruments.

These Roman craftsmen mostly resided in the working-class neighborhoods of Rome along the Tiber. Trastevereone of the neighborhoods of modern Rome that best preserves the essence of the city, was inhabited in ancient times by glass blowers, shoemakers, marble workers and metal workers such as gold, silver and bronze, a tradition acquired thanks to Greek and Etruscan influences.

“One of the secrets of the construction of the Roman Empire lay in its strong army, necessary to conquer new lands, as well as to ensure internal peace and guarantee flourishing trade. By tradition, only landowners could serve in the army,” he says. National Geographic. “But as the landed class shrank and the Roman army relied more and more on mercenaries to serve in its auxiliary units, the imperial powers created a professional army for which the only requirement was Roman citizenship. The poor Romans hastened to enlist, eager to share in the spoils of conquest.”

Artifacts left behind by soldiers, from daggers to sandals, give researchers a clearer picture of what life was like for the military in Ancient Rome.

Other earlier civilizations, such as the Greeks, already used currency, but the Romans turned it into art. At first they were made of bronze, but as their power and colonialism grew, gold and silver obtained as spoils of war became the basis of the Roman monetary system. Some of their names include the sesterces and the denariiwhich established themselves as some of the most famous coins in history.

“But currency also contributed to the fall of Rome,” says the Atlas of the Roman World. “At the end of the second century AD. C., Rome experienced a series of economic disasters, including the Antonine Plague of 165 AD. C., increased military spending as Germanic tribes threatened to invade the northern frontier, and civil wars and social unrest throughout the empire. Septimius Severus (193–211 AD) reduced the amount of silver in each denarius, as the imperial powers minted millions of coins to break even. Public confidence in Roman currency faded, causing inflation. This led to the Imperial Crisis, between AD 235 and 284, when more than 20 emperors rose and fell. Inflation sucked the wealth out of 99% of society, leading to riots and civil wars. Emperor Diocletian’s solution was to divide the empire in two, and the Roman Empire was never the same again.”

As the latest discovery at San Casciano dei Bagni indicates, archaeologists continue to find more and more coins attesting to the influx of the Roman Empire.

The Romans, unsurprisingly, were culinary experts, using everything from chick peas to sea urchins. To season their dishes, they used salt, honey and pepper. And not to mention its wines and its breads.

And to enjoy these delicacies, they organized sumptuous parties in which only the elite participated. Lobster, wild boar and oysters were served there in beautifully crafted artifacts that amaze with their mastery.