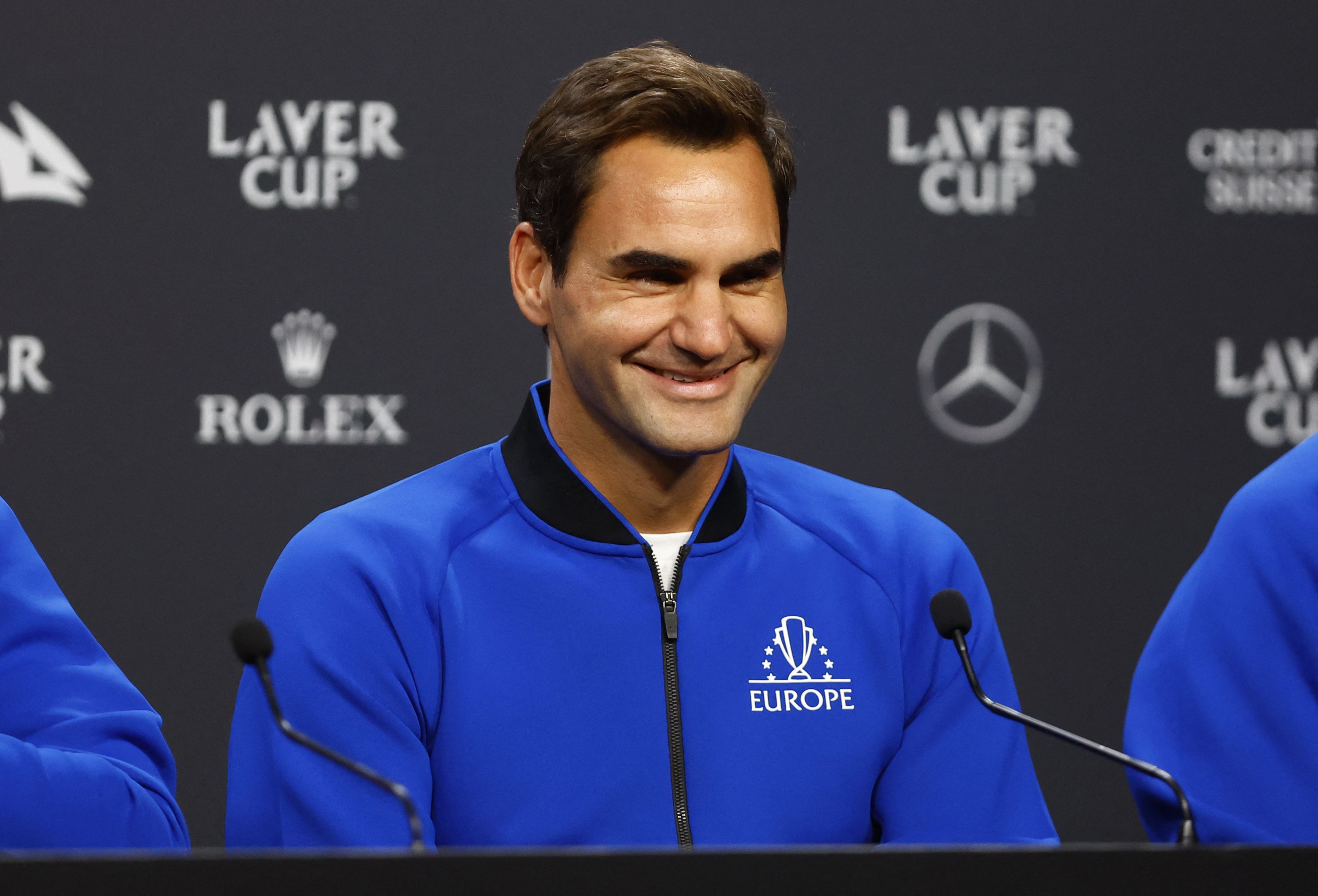 After the rumors about whether he would be present at the tournament of which he is a sponsor, the Swiss Roger Federer confirmed that he will participate in one of the crosses on the first day of the Laver Cup in London.

The 41-year-old tennis player will step on a pitch again this Friday but he will not do it alone, since he has planned to play the last duel of the first day corresponding to single doubles match.

“I will not be able to play individual matches, this was quite clear. I’ll probably play doubles here on Friday night and that’s it.” detailed the former number one in the world during the official press conference.

“I asked our captain, Bjorn Borg, if it was okay for me to do that and he told me I could do whatever I wanted,” he added. Your Majesty, who will share court with the Spanish Rafael Nadal.

This Friday, the winner of 103 titles during his career, will perform on the black surface of the O2 Arena in London around 14:00 GMT (17:00 ARG) in what will be the fourth game of the first day between Europe vs Rest of the World and will be televised by ESPN 2.

Next to him will jump on stage Rafael Nadal to face Jack Sock and Frances Tiafoe. It should be noted that both members of the Big Three they already teamed up in the past September 23, 2017 during an exhibition match in the same tournament.

“It is clear that the most beautiful thing would be to play doubles here with Nadal because it has been my great rivalry”, assured Federer before the pairings were published on the official website of the competition.

The rest of the crosses, which will be singles, will be made up of Casper Ruud vs. Jack Sock, Stefanos Tsitsipas vs. Diego Schwartzman and Andy Murray vs. Alex de Minaur.

This Friday the 23rd will mark the return of the Swiss after a long recovery period after undergoing surgery on his knee, and he also spoke about it at the press conference: “We hope to be well enough to play doubles. I was quite surprised to see how I am playing in the training sessions I did here, but it was already clear that I would only play doubles”.

In turn, he was also consulted by the new number one in the world, Carlos Alcaraz 19 years old: “It’s a shame I can never play against him. I’ve seen what he’s done at the US Open, it’s been fantastic. I have always said that there are going to be new superstars in this sport. The future of tennis is bright. There are people who say that it would not be the same when Pete and Andre retired, but there will always be people who win Grand Slams.

Format: Nine individual duels and three doubles will be played between September 23 and 26. On the first day each victory will add one point, while on the second two and on the third three. The first team to reach 13 of the 24 units in play will be the winner. If both reach 12, a final duel will be played.