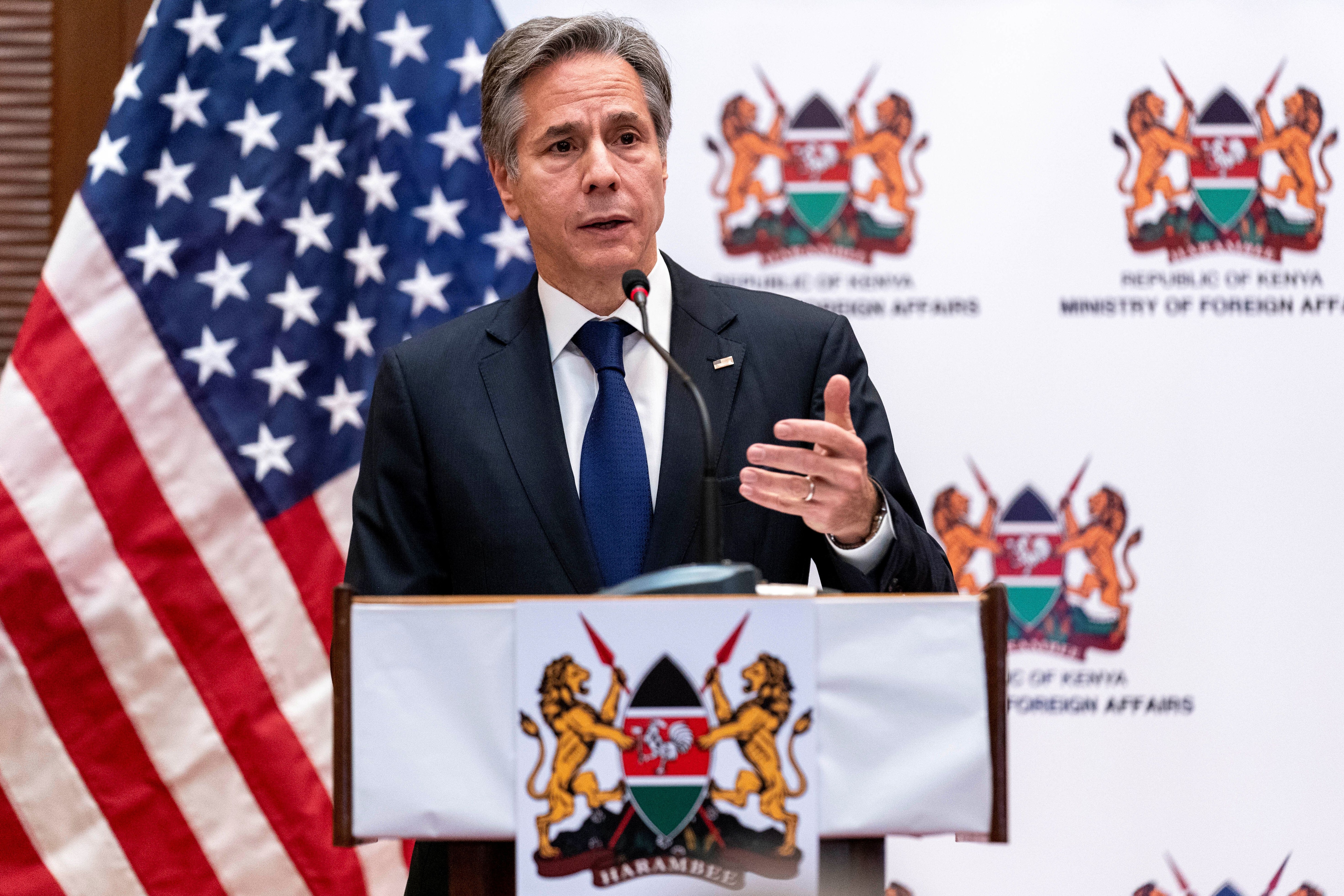 The United States and Kenya were working on Wednesday for a ceasefire in Ethiopia, reaffirming their hope that diplomatic efforts to find a solution to the conflict between the government and the rebels in the north of the country will be concluded.

On the first day of an African tour that will also take you to Senegal (a model of democracy on the continent) and Nigeria (the most populous African country on the continent), US Secretary of State Antony Blinken also asked Kenya, a longstanding US ally, to guarantee free elections next year.

In Nairobi, the head of diplomacy American met for an hour and a half – instead of the 10 minutes originally planned – with President Uhuru Kenyatta, who participates in regional mediation efforts on the Ethiopian conflict. Kenyatta is the only African leader who, so far, has been received by Joe Biden in the White House.

Kenyatta visited Addis Ababa on Sunday. The war that started a year ago between the rebels in the Tigré region and the government has intensified in recent weeks.

For his part Blinken called for “concrete steps towards peace” and the resumption of humanitarian aid to Tigré, where hundreds of thousands of people live on the brink of famine, according to the UN.

“I reiterate our call to all parties to urgently and seriously engage in negotiations on the cessation of hostilities without prior conditions,” Blinken said, again calling on the Americans to leave Ethiopia.

The war between Ethiopian forces and the rebels of the Tigré People’s Liberation Front (TPLF) has left thousands of dead and more than two million displaced in the last year, with hundreds of thousands in famine conditions.

Up to now, two million people have been internally displaced in Tigray and at least 75,000 Ethiopians have fled to neighboring Sudan due to the conflict, since the rebels have threatened to reach the Ethiopian capital, headquarters of the African Union (AU), after recently taking over cities less than 400 kilometers from Addis Ababa.

Another of Blinken’s objectives during his African tour has to do with Sudan, currently led by military leaders since the coup on October 25.

“The most important thing now,” he remarked, “is that resume civilian-led transition. In other words, the civil transition that was derailed by the seizure of military power a few weeks ago, must be rerouted ”Blinken said.

In his opinion, “the people of Sudan has repeatedly made clear its aspirations for democracy. That is what they want and that is what the international community supports ”.

“If the military recovers this (the civil transition), and I think it is necessary, I believe that the support of the international community will resume “he insisted.

Faced with China‘s push into Africa, where Beijing has spent years investing billions of dollars in infrastructure and other projects, Blinken seeks to turn the page of the Government of President Donald Trump (2017-2021), who showed little interest in the continent.

Endless war in Ethiopia: a year of conflict that has so far left hundreds of dead and thousands of displaced

Faced with the escalation of the armed conflict, the US ordered the departure of its non-essential diplomats from Ethiopia

Ethiopia, the mythical land of the Queen of Sheba, is plagued by civil war, genocide and famine