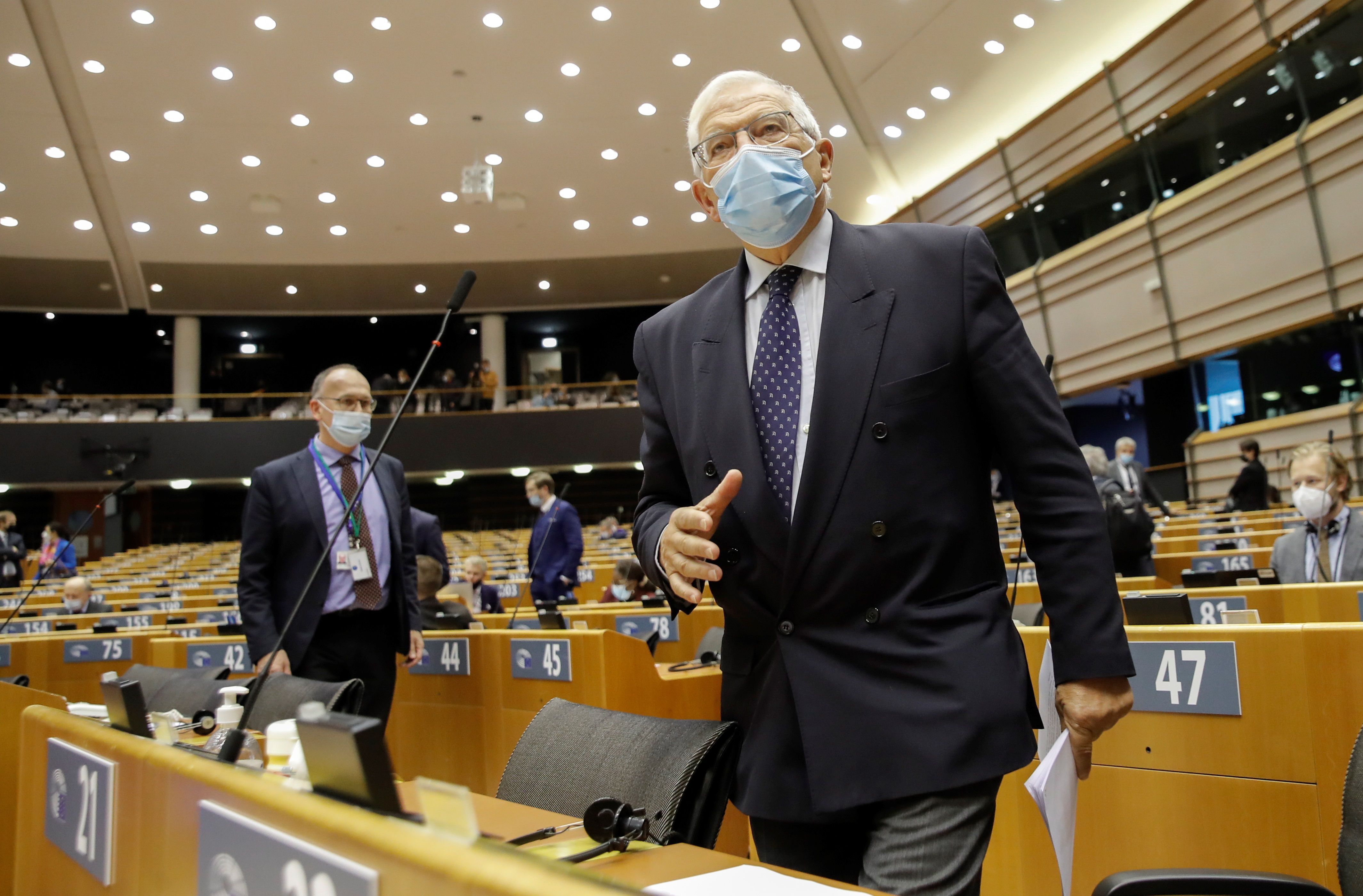 The European Union (EU) will work on the creation of European military groups that allow the rapid intervention of the European bloc with up to 5,000 troops in emergency situations, including hybrid threats such as migration pressure orchestrated by Belarus.

The Defense Ministers of the Twenty-seven have given this Tuesday the first approval of the proposal of the High Representative of the EU for Foreign Policy, Josep Borrell, to create forces to allow a more “rapid, decisive and robust” response of the EU in crisis situations.

It’s about the star initiative of the new Defense of the Twenty-seven strategy, called ‘strategic compass’ and that it aims to strengthen the bloc’s military capacity to increase its resistance to threats, promote military spending and develop security alliances with third parties.

Specifically, regarding rapid response groups, Borrell has indicated that they will serve to respond to hybrid attacks such as the current Belarusian aggression in which the Alexander Lukashenko regime uses all the means at its disposal against the EU.

Faced with the new destabilization tactics, the head of diplomacy has defended equip itself with more European instruments to support national efforts in situations such as the Belarusian border with Poland. “Now these capacities do not exist, they have to be created to be able to mobilize when they are needed. It is clear that now we do not have anything like that“Borrell pointed out at a press conference from Brussels after the meeting of the bloc’s defense officials.

As Borrell explained, the idea is to have resources to be able to deploy up to 5,000 uniformed personnel in crisis situations, although the logic is that the media mobilize according to each scenario. “The method is to have modules specialized in different missions, since the same forces are not needed in case of evacuating nationals as in the case of interposing between two parties to a conflict ”, he has argued and defended some limited and highly specialized forces, that, in no case, will rival NATO.

So about a possible clash between the bloc and the military organization, the head of European diplomacy has ensured that this project is not to the detriment of the military organization and he has been blunt in saying that “there is no alternative to NATO for the territorial defense of Europe.” “Nobody wants to look for alternatives to NATO, but the how the EU’s ability to act together is shaped”, Has deepened.

The High Representative has stated that will avoid generating duplications and inconsistencies with the military organization, whose secretary general, Jens Stoltenberg, has called for the new European rapid intervention forces to be available also for missions of the Atlantic Alliance.

Borrell called for “learning from the lessons of the past” and “changing the method” of EU action to gain relevance as an international security provider, so that now it is the missions that determine the necessary forces.

During the Council, The ministers also approved a mandate to negotiate an administrative agreement that allows the United States to participate in projects of the European Defense Agency, and they were vigilant with the situation on the border between Ukraine and Russia, where Kiev assures that Moscow is accumulating thousands of troops.