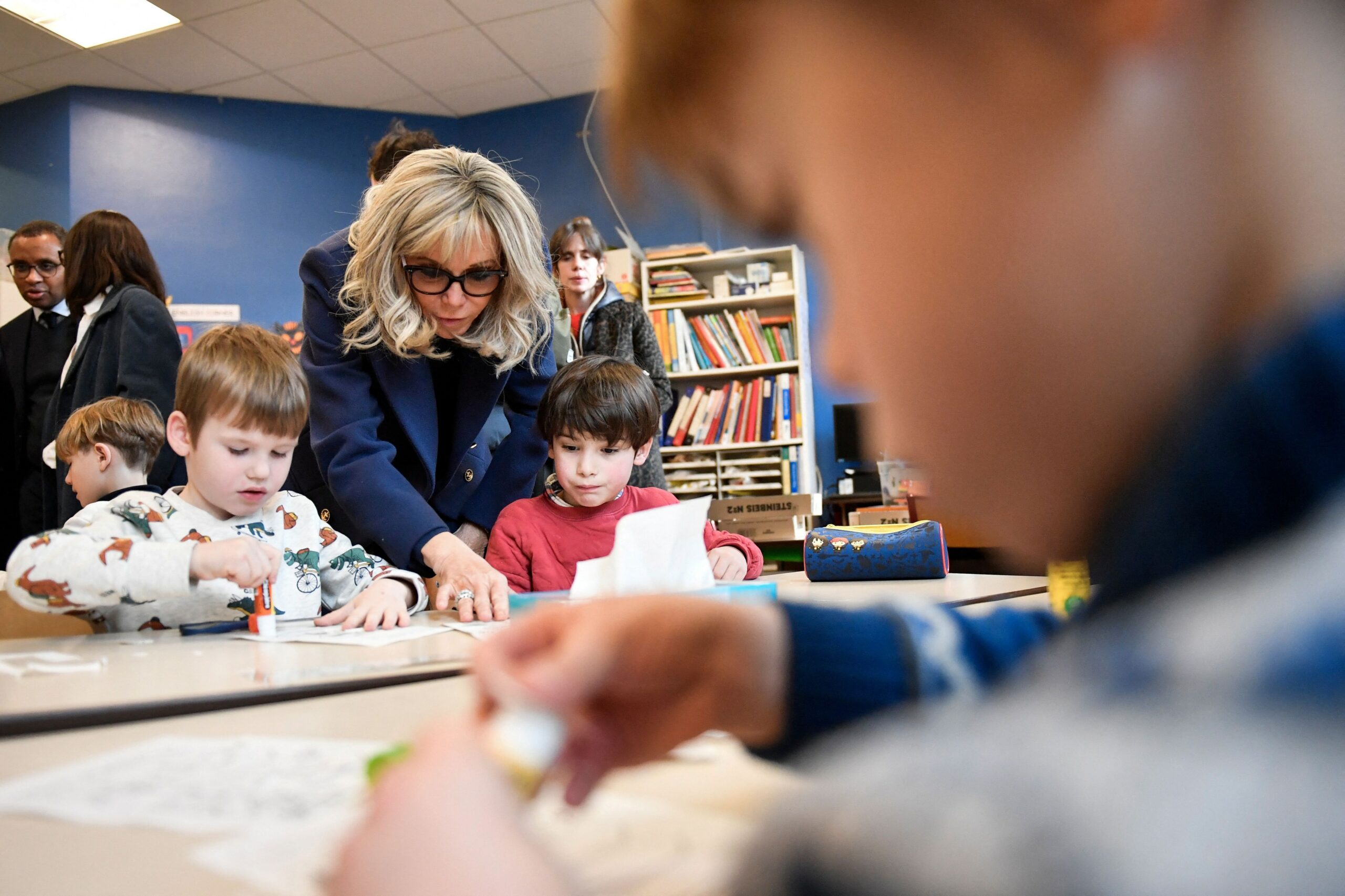 The first lady of France, Brigitte Macronhas entered the controversial debate over school uniformssupporting its use at the same time that the far right is lobbying Parliament to make a unified dress code mandatory across the country.

Uniforms have never been compulsory in all public schools in metropolitan France, and the Minister of Education opposes any law in this regard.

But the dissonance was echoed in the French media on Thursday as the country braced for mass strikes next week over a government plan to raise the retirement age.

The president’s wife, a 69-year-old former high school drama teacher, said she had worn a uniform to school in an interview with Le Parisien Daily published on Wednesday.

“I wore a student’s uniform: 15 years old with a dark blue short skirt, a dark blue sweater. And it seemed good to me, ”she said, answering a question from a 14-year-old student. “Erase the differences, save time. It takes a long time to choose what to wear in the morning, and it costs money” to shop for brands, she added. “So I’m all for school uniforms, but if it’s simple attire…and not too bland.”

The “pressure” of the “Islamists

The topic was one of many brought up in the interview by seven members of the public, from sexual harassment and cell phones at school to spelling and juice making for the president. Emmanuel Macron for breakfast.

According to historian Claude Lelievre, compulsory costumes were first introduced in France for high school pupils under Napoleon.

Some public schools kept them until the 1960s, but the practice largely disappeared after the student protests of May 1968.

Today, the uniform is only worn on rare occasions, such as in military academies or some private schools.

However, they are more common in the French overseas territories: a third of all public schools in Martinique, for example, require them.

The far-right party Rassemblement National, led by Marine Le Pen, included a bill on the school uniform among the seven laws that she proposed last Thursday in the National Assembly.

Le Pen has advocated a mandatory dress code as a way to “avoid pressure” from “Islamists”. He also argues that he would end “the competition to wear the most expensive, most luxurious, most fashionable clothes.”

Although the bill is expected to win support from right-wing Republicans, the Assembly is likely to reject it.

It won’t solve the problem

The president’s center-right Renaissance is divided on the issue, and the education minister, Pap Ndiaye, has repeatedly said that he is against it.

“I don’t want a law on the subject,” he declared last week, adding that schools were already free to impose uniforms if they wanted.

The left is also strongly opposed.

Hard-left France Unbowed lawmaker Alexis Corbiere said the real problem was access to a good education, noting that many privileged families sent their children to private schools. “Wearing the same T-shirt and the same short skirt will not solve the problem,” he said.