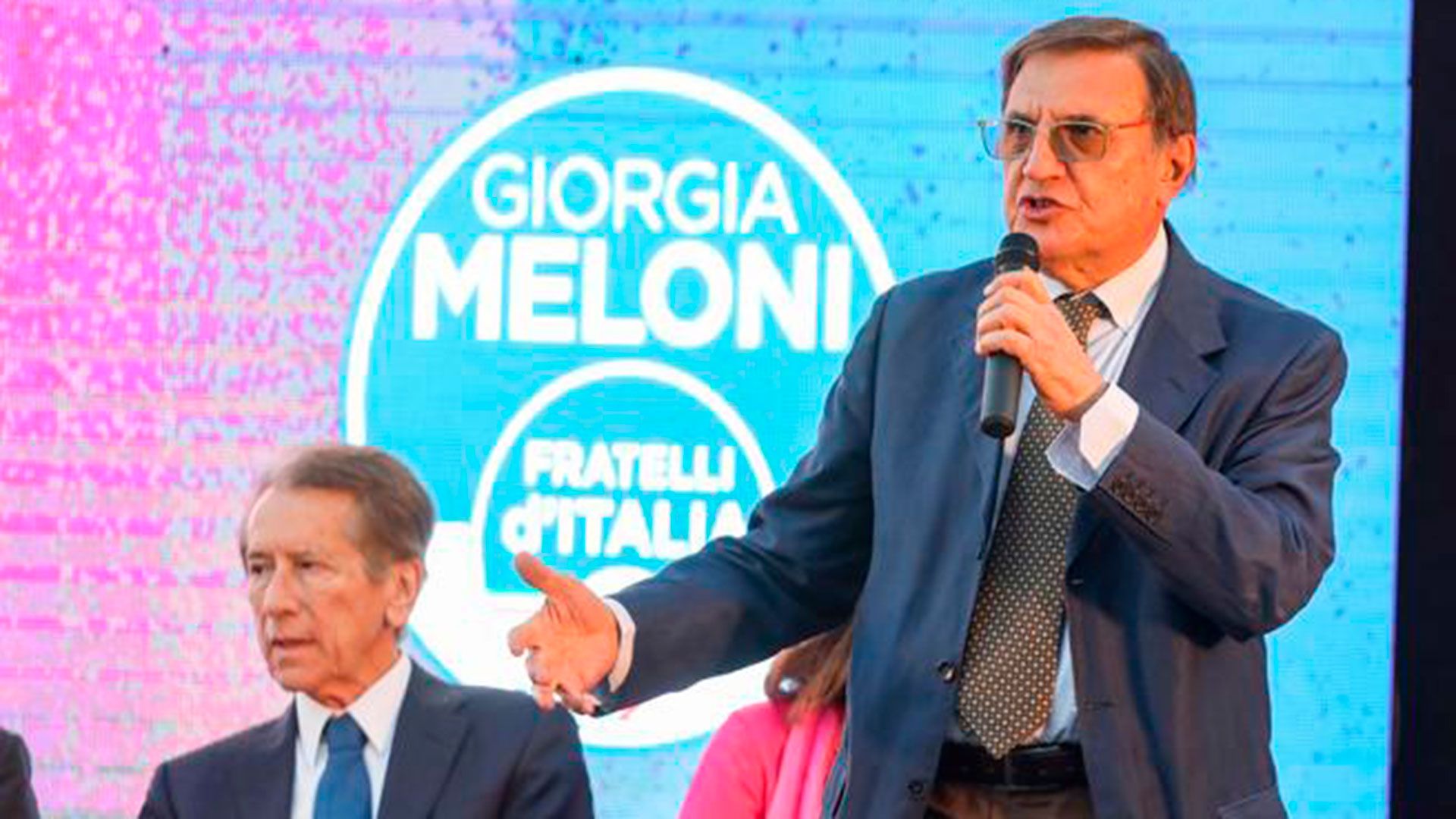 A person in charge of Brothers of Italy, the favorite far-right formation for Sunday’s legislative elections in Italyprovoked strong reactions after the broadcast of a video where he makes the “Roman” salute, related to a fascist ritual.

Romano La Russa, brother of party co-founder Ignazio La Russa, appears in this video that went viral on social media, with raised armduring a ceremony on a street in Milan (north) on September 19.

This person in charge of the Security of the Lombardy Region of which Milan is the capital attended the funerals of a figure of the Italian neo-fascist right, Alberto Stabilini, who was also his brother-in-law.

According to him, it is a “military tradition and not a fascist salute.”

“When you swear allegiance to the Italian Republic as a soldier, the oath requires you to swear with a raised arm salute. Would they all be fascists? No. It’s the same thing.”, he pointed out. “Fascism is dead and buried: communism, continues”, concluded, questioned by the agency Ansa.

Political leaders asked to go to court for apology of fascism. The Italian criminal code provides for a crime of apology, but recent jurisprudence considered that the crime is not automatically constituted if the will for a structured reorganization of fascism is not manifest.

Separately, the Brothers of Italy party suspended one of its candidates on Tuesday after it was discovered that he had praised Nazi dictator Adolf Hitler in online posts.

Brothers of Italy has its roots in a neo-fascist group created after World War II, but its leader, Giorgia Meloni, who is expected to be Italy’s next prime minister, he has tried to distance himself from the far right and says his party is mainly conservative.

However, critics say that sympathizers of fascism continue to flourish in their ranks. The newspaper The Republic posted this week a comment written on social networks eight years ago by the party’s candidate Calogero Pisanoin which he extolled Hitler as a “great statesman”.

Pisano, who was running for election on the island of Sicily, also praised someone in a 2016 post for calling Meloni a “modern fascist,” writing that the Brothers of Italy had “never hidden their true ideals.”

In response to the controversy, Brothers of Italy said it was suspending Pisano with immediate effect. “From this moment, Pisano no longer represents (the party) at any level”, he said in a statement. Pisano himself apologized. “Years ago, I wrote things that were deeply wrong,” he said on Facebook, adding that he had deleted the posts some time ago.

Brothers of Italy is expected to become Italy’s biggest singles match in the september 25 vote and leading an alliance of right-wing parties to a comfortable victory.

With information from AFP and Reuters

Francesca de Natale, the candidate for deputy for South America from the Italian right: “Our position is not one of racism or xenophobia”

Houses of Russian oligarchs in London could be confiscated