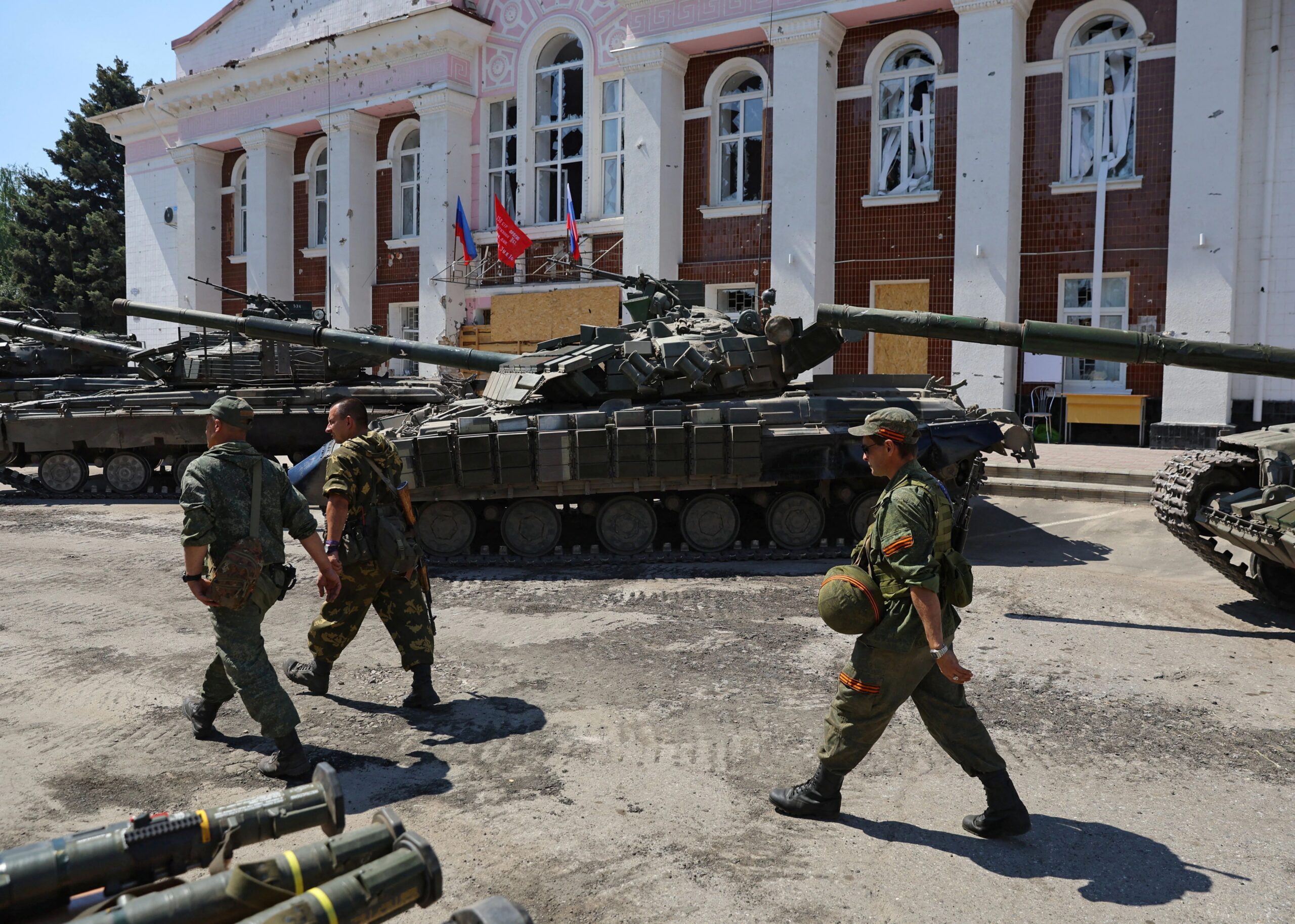 The Ukrainian Armed Forces denounced that the Russian authorities that control the occupied territories in eastern Ukraine have ordered the men not to leave these areas due to the evolution of the war conflict.

The Ukrainian forces have indicated this Sunday that, after the success of the counter-offensive, the invaders already see a general mobilization and have prohibited men from leaving the “temporarily occupied territories”.

In this sense, they indicated that in the still occupied towns of Kharkiv and Kherson, Vladimir Putin’s troops tightened controls, even with a curfew, according to a balance sheet published on Facebook.

While, Sergei HaidaiUkrainian governor of Luhansk, indicated that the invaders began to leave cities that have been occupied since the 2014 war. Nexta detailed that the withdrawal was recorded “en masse” in Luhanks and Alchevsk.

In turn, Ukraine affirmed this Sunday that it has seized more than 3,000 km2 this month from Russian troops, in its counteroffensive in the northeast of the country. “Since the beginning of September, more than 3,000 km2 have come back under Ukrainian control,” Ukrainian General Valeri Zaluzhny said in a statement. “On the outskirts of Kharkiv we have begun to advance not only to the south and east, but also to the north,” added the general commander of the armed forces.

kyiv has made unprecedented progress in its counteroffensive and even Moscow has acknowledged the withdrawal of troops, although attributing it to technical reasons and not to the alleged defeats to which the Ukrainian president, Volodimir Zelensky, alludes.

The president stated on Saturday that the Ukrainian Army had recovered around 2,000 square kilometers of territory in the first ten days of September. The Armed Forces have reported operations already “underway” in the towns of Kupiansk and Izium, in the Kharkiv region.

The Russian contingent around Izium has been key to Moscow’s efforts to take over the Donetsk region, and its withdrawal will drastically weaken Russia‘s ability to advance there.

The Russian withdrawal was the biggest success for Ukrainian forces on the battlefield since they thwarted a Russian attempt to take the capital, kyiv, at the start of the nearly seven-month war.

The move angered Russian military bloggers, who called it a major defeat and urged the Kremlin to respond by stepping up the offensive. Many have harshly criticized Russian authorities for continuing fireworks and other celebrations in Moscow on Saturday for a local holiday despite the debacle in Ukraine.