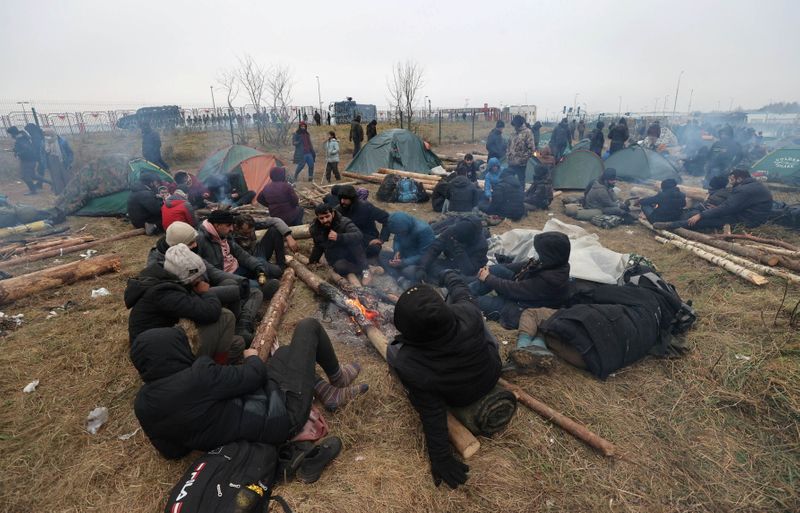 The army Polish detained a hundred migrants when they tried to cross the border from Belarus on the night of Wednesday to Thursday, and accused the Belarusian forces of having provoked the operation.

The incident occurred when Belarus, who has said that he wants to defuse the crisis, prepared a first repatriation flight for migrants to Iraq It will have between 200 and 300 people on board.

Thousands of migrants, mainly from the Middle East, camp or remain near the Polish-Belarusian border in extreme conditions with the aim of crossing to the European Union, in a crisis that began during the summer.

The EU says that Belarus engineered the crisis in retaliation for sanctions against the former Soviet country. Minsk and its main ally, RussiaThey have rejected the charges and criticized the EU for not accepting immigrants seeking to cross.

In the latest border incident, the Polish Defense Ministry said that Belarusian forces first carried out a reconnaissance and They “most likely” damaged the barbed wire fence along the border.

“Then the Belarusians forced the migrants to throw stones at the Polish soldiers to distract them. The attempt to cross the border took place several hundred meters away, ”he said.

“A group of about 100 migrants was detained”he said, adding that the incident occurred near the village of Dubicze Cerkiewne.

A video released by the ministry shows Polish soldiers surrounding a group of people in a wooded area, in the middle of the night, near the fence.

Poland estimates that there are between 3,000 and 4,000 migrants along the border.

On Wednesday, the European Comission confirmed that he will have “Technical discussions” with Belarus on repatriation to their countries from migrants who are on the EU border with this country.

Belarus assured that it is preparing a voluntary repatriation flight, which would take off this Thursday at noon locally from Minsk, to go in Iraq first to Erbil and then to Baghdad.

Several airlines said on the other hand that they are giving up flying with migrants to Belarus.

Nevertheless, several officials have warned that the crisis will take time to defuse.

Polish Minister of Defense Mariusz blaszczak warned on Wednesday that the migration crisis with Belarus “It could last for months, even years,”

“The situation on the Polish-Belarusian border will not be resolved quickly. We have to prepare for months, even years ”declared Minister Mariusz Blaszczak to Polish public radio PR1

In an interview with AFP, Fopen Leggeri, Head of the EU border agency Frontex, stated that the Union must prepare to face more “hybrid” crisis of migrants, that is to say humanitarian but with political objectives.

Crisis on the Polish border: Germany and Belarus agree to start talks on the migratory overflow