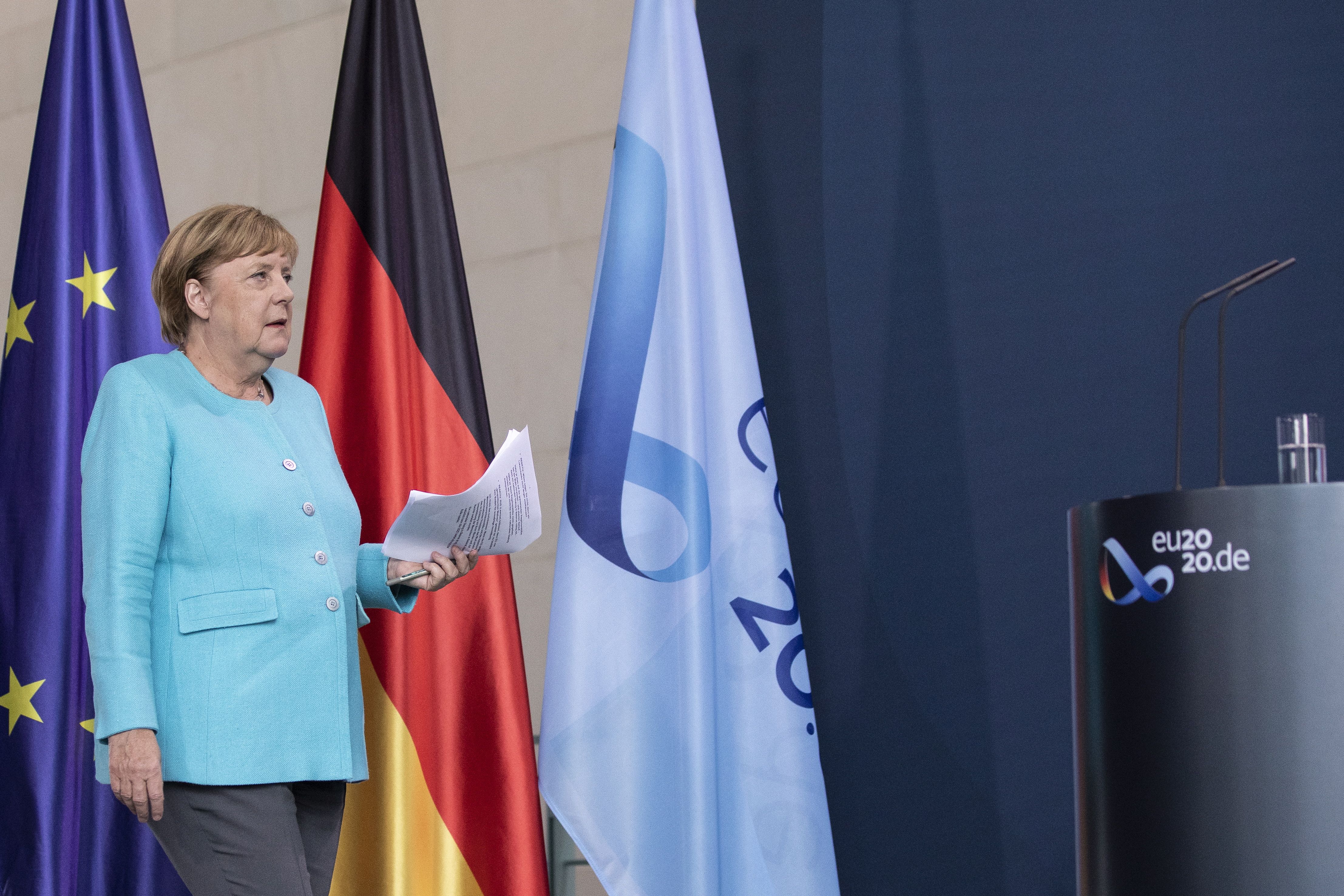 Belarus reported on Wednesday that the president Alexander Lukashenko and German Chancellor Angela Merkel agreed to start negotiations at the European level to resolve the current migration crisis at the borders of the European Union (EU) with Belarus.

The Belarusian leader and Merkel “agreed that the whole problem will rise to the level of Belarus and the EU “said the state news agency Belta, citing Lukashenko’s press service, adding that the officials “from both parties will immediately begin negotiations.”

“It is in this context that the refugee desire to go to Germany”, Adds the statement. Merkel and Lukashenko spoke by phone on Wednesday, the second time in three days.

“The parties have reached some understanding of how to act and move forward to solve existing problems“Added President Lukashenko’s press service, which would include the EU and Minsk appointing officials for the negotiations.

According to the same sources, Lukashenko was informed in the call by Merkel of the request of the president of the European Commission (EC), Ursula von der Leyen, that “international organizations must participate in this process dealing with refugees and migrants ”.

Last day 11, Two representatives in Belarus from the UN Refugee Agency (UNHCR) and the International Organization for Migration (IOM) visited the camp in the forest on the Belarusian-Polish border.

But on Tuesday the spokesman for the UN General Secretariat, Farhan Khan said that these two agencies have not had access to the approximately 2,000 migrants who are trapped at the border, although they are ready to help them.

On Tuesday Lukashenko affirmed that he proposed to Merkel on Monday in his first telephone call a way to resolve the crisis, without disclosing the details, and that the German Chancellor asked for time to consult EU members before contacting the Belarusian leader again.

Also yesterday the leader of Belarus ordered to open a logistics center in the Grodno region, near the border with Poland, where they spent the night a thousand migrants. Others stayed at the Bruzgui-Kuznitsa checkpoint and a third group returned to the old forest camp, according to the State Border Committee.

Total six migrants have been admitted to hospitals in Grodno. This morning Belarus decided to place some of the migrants in “other places”, without specifying where.

Thousands of migrants, mainly from the Middle East, carry days blocked along the Polish-Belarusian border in hopes of entering the European Union.

Western countries point to the Belarusian leader for encourage the crisis in retaliation for Brussels sanctions against his regime.

On Wednesday, Poland warned that the crisis could last for years, after using tear gas and water cannons on Tuesday to disperse migrants who were throwing stones while trying to cross the border.

Furthermore, Polish President Andrzej Duda stated that Your country will not accept agreements in the border crisis with Belarus that are reached without your participation.

New clashes between Polish police and migrants who want to enter from Belarus: nine officers injured

Missiles of the 21st Century