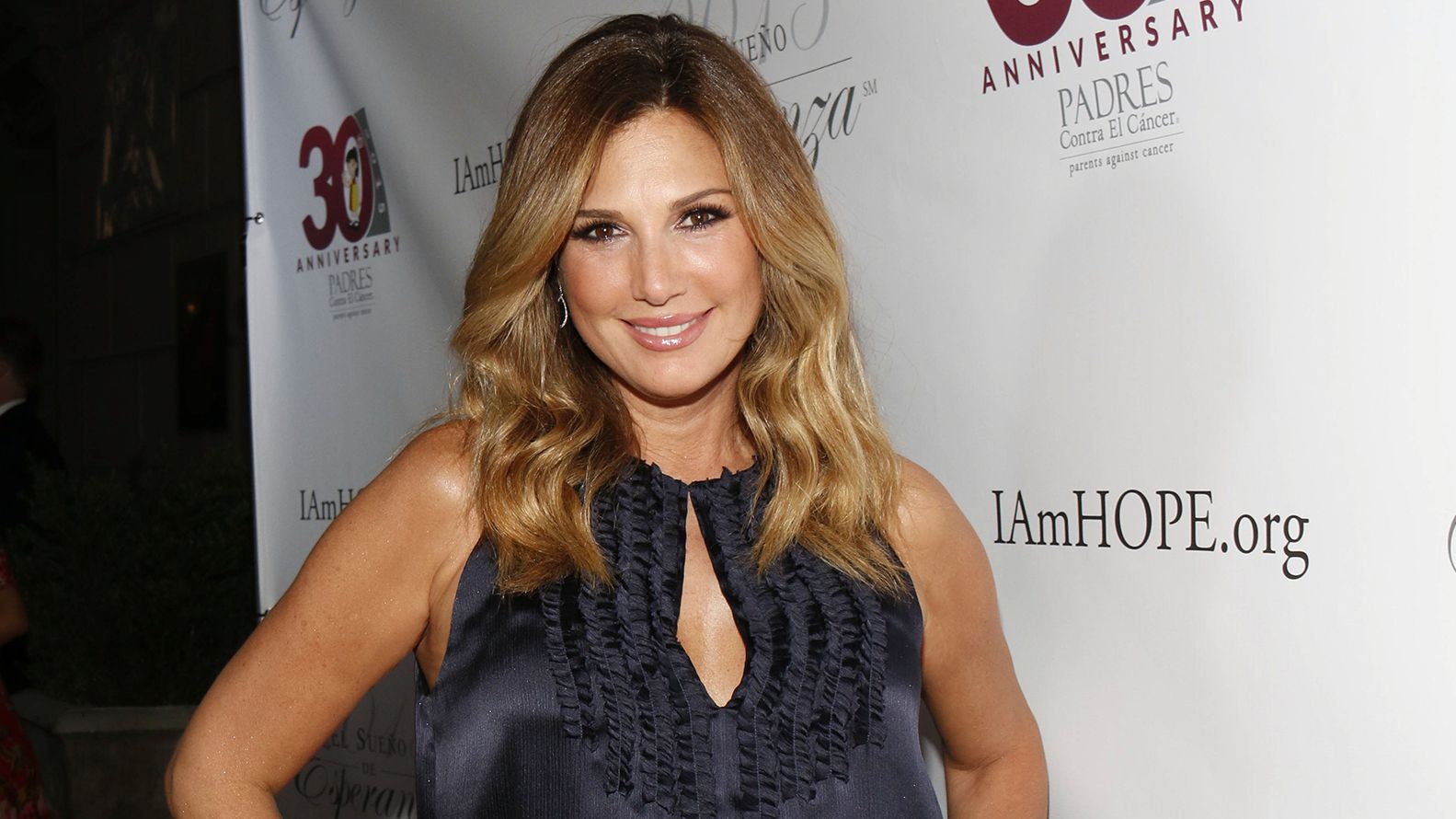 Following the biopic of Luis Miguel, one of the names that – camouflaged in fiction – was mentioned again is that of Daisy Fuentes: appears as Jessi, a presenter of Mtv. That nickname does not belong to him; the role of driver, yes. To speak of it is to inevitably link it with the Sun of Mexico. However, and beyond that love story that was marked by fire, Fuentes also owns a rich history that began on November 17, 1966, exactly 55 years ago, in Havana, Cuba.

Of Cuban father (Loved) and Spanish mother (Maria), the story with his native country ended when he was just three years old. Disagreeing with the regime Fidel Castro, his parents did not think twice and left the island. Already with a thought and with a parental look: they did not want Daisy’s future to be similar to the harsh present they had to face. A politically complex situation from which they knew there was no escape.

Of course, it was not allowed to take a plane and go to another destination. It was not possible to leave without authorization, so Amado and María had to leave illegally; Despite the risks, they escaped. The place they chose was Madrid, Spain, where he had relatives.

They did not stay there too long. Job opportunities weren’t plentiful and they decided to put their bags back together. When the girl was 7 years old, they left Europe to land in New Jersey, United States. The first thing they did was register her in a school, because until then, she had not been established in school due to the change of country.

The family began to put down roots and Daisy, to give life to what would be her future, the one for which her parents fought so hard. In public school she was welcomed with open arms by her classmates and quickly integrated. Back then, in the traditional homecoming dance, she was elected queen and “the most beautiful” of the institution.

In 1984 she finished high school and began studying for hairstyling and cosmetology. At the same time, he also enrolled in university to study communication. It had not yet been received when she was hired by Telemundo to provide the weather service on the morning news. A small intervention that would open the doors in the middle.

In 1988, while she was still giving the weather forecast, she was summoned to host a music program in Spanish in MTV International. She became the chain’s first female figure. It received a great impact in Spain, due to its roots, and in Latin America. In that period, she began a career on the rise and exploded in the 90s on her own merit as a host, model, actress, but also because of her romance with Luis Miguel.

Is the story of a love

They met in 1995, when Luismi was interviewed Daisy in the framework of the presentation of her album Second romance. The newspaper clippings of that time say that it was love at first sight. That when they exchanged glances there was an arrow that marked them. And there were other rumors: it was said that for her Luis Miguel faced Cristian castro, also a rising artist who was interested in the Cuban.

It took them several months to admit that they were in a relationship because she was finishing closing another love story with the actor Tim adams. They finally made it known and they spent three years together, until 1998. In between, several twists and turns. Recognizing that they were dating was through the photos and seeing them together, because they never spoke openly about what they were.

Back then, photographs together were rare. He was always reserved from his private life. Without going any further, the series attracted more than the attention of those who know him. On the verge of financial failure, it is said was the only way not to end up in financial ruin. The economic question was stronger.

In 1996 they appeared together and hand in hand at the Oscars. Such was what they generated that all eyes were stolen, and the most important film delivery in the world would almost be relegated to the background when it comes to journalistic coverage.

That same year, the one with the greatest exposure together, Fuente starred in the video clip “How is it possible that by my side”, another of the many musical successes. At the same time, the media side began to make a dent in the love relationship until it disappeared in 1998. Different views on the future, what they were experiencing, made them seek to get out of there.

Without an official confirmation, the versions were various. On the one hand, jealousy on the part of the singer for the ascending career of his partner. They began to invite Daisy to different events and, from those places, they no longer noticed if she was going with her boyfriend or not: she had gotten her own flight.

It was also said that the driver wanted to formalize the bond through marriage. He even wanted to have children, but Luis Miguel was not willing to take any of those steps. Given the refusal, always according to transcended, Fuentes would have made the decision to separate to go his own way.

It happens that the interpreter, and beyond showing up with her, always referred to her as “a good friend.” They saw each other a few years later, it was said that the flame was lit, but she preferred to dodge it at his posture, the one that led them to separate.

Time passed. Long time. And in 2015 Daisy married the once successful singer. Richard Marx, your current partner. They formed a blended family with his three children from a previous relationship, but they have no descendants of their own.

Today, Daisy Fuentes dedicates her life to her roles as an actress, her work as a businesswoman and her role as presenter for the network NBC. And of course, the romance with Luismi is behind us, despite the fact that there was a friendly relationship of which her husband is also part. Without going any further, in the note with the aforementioned medium, she stressed: “We are united by a good friendship. He was an important part of my life, he will always have a place in my heart ”.