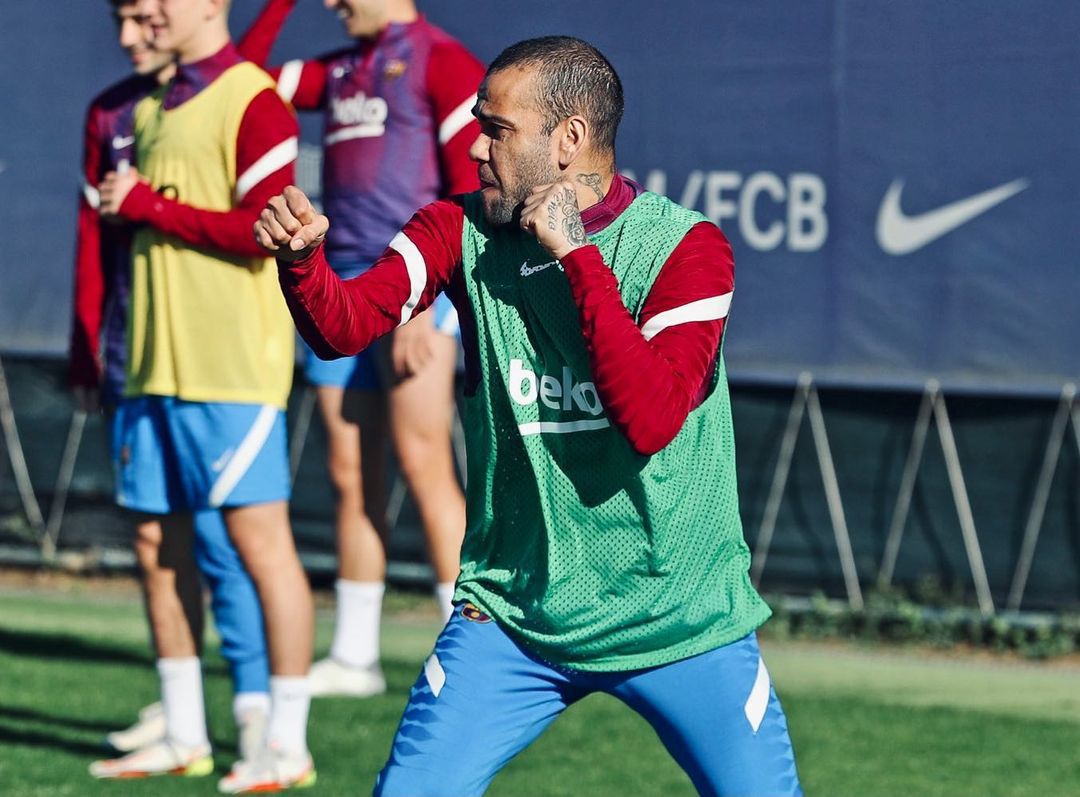 Saul’s career Canelo Álvarez has enjoyed a steady and meteoric rise in recent years. His perseverance, discipline and respect that he has had for boxing have given him fruitful results that, in addition to granting him sports titles and achievements, have made him deserving of recognition from elite athletes. About, Dani alves, one of the most successful footballers of all time, he showed his admiration during a workout with him FC Barcelona from Spain.

The experienced Brazilian player shared a photo through his verified Instagram account. In the image, you can see posing with a boxing guard, apparently executing an air jab, while training with the Barcelona first team. In the description showed his admiration by the Guadalajara boxer with the message: “In the style of the most chingón of the chingones, Canelo. Long live Mexico, you c * brones ”.

The gesture did not go unnoticed and the champion undisputed 168-pound player reacted to him. Although it was not very expressive, Canelo Álvarez responded with the message “That!” and an emoji that emulates applause. In the same way, he replicated the photograph in his stories on said social network. Meanwhile, other athletes like Miguel Layún, recognized the Brazilian midfielder for his admiration for the best pound for pound of the moment.