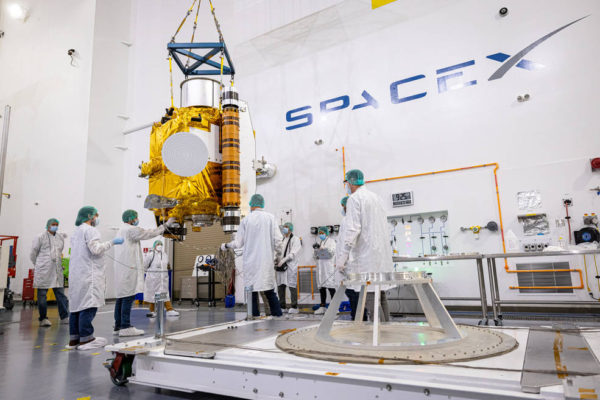 NASA’s planetary defense plan, the DART mission, is in its final trials, and is expected to reach its first test target between September and October next year.

The Double Asteorid Redirection Test (DART) will seek to hit the asteroid identified as Dimorphos, orbiting a larger one (Didymos), to deviate its course. None of them pose a danger to Earth. NASA’s spacecraft will hit an asteroid in planetary defense in an effort to test the organization’s technological capabilities in defense against an asteroid.

The DART spacecraft will be launched aboard SpaceX’s Falcon rocket on November 23 at around 1:20 am. The launch will be broadcast live through NASA’s official YouTube channel.

The impact of the spacecraft against the chosen asteroid will allow NASA scientists to measure the effectiveness and efficiency of a controlled coalition in deflecting an asteroid, which in the future could go to Earth.
“NASA will intentionally crash the DART spacecraft into an asteroid to see if that is an effective way to change its course, should an Earth-threatening asteroid be discovered in the future,” SpaceX wrote on its official Twitter.

Asteroids are small rocky objects that are found orbiting the Sun, mainly in the so-called “asteroid belt”, and that occasionally, the smallest ones crash against the Earth.
NASA confirmed that a huge asteroid passed close to Earth in August 2020. As a result, interest in the DART mission increased due to the possibility of a real collision in the future.