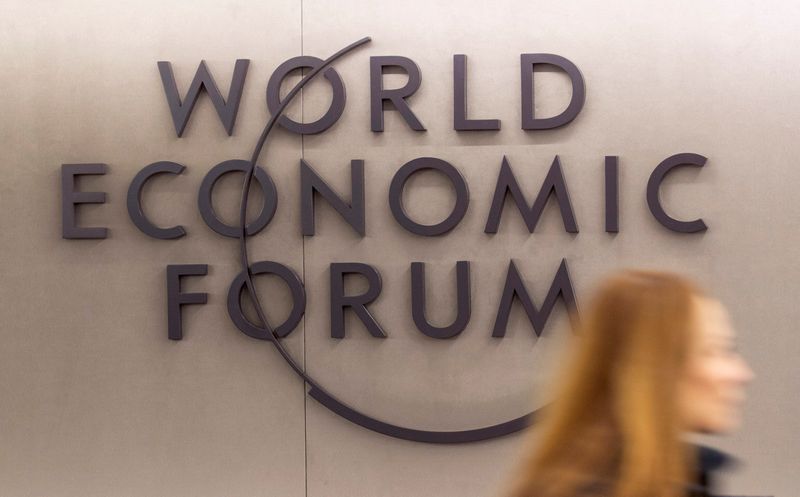 The war in Ukraine and the China’s trade opening will focus this Tuesday on the start of the Davos forum, which gathers every year in Swiss to the global economic and political elite, and where the “new road map” will also be addressed in Brazil.

Almost a year after the Russian invasion of Ukraine and a few days after the bombing of a residential building that left at least 40 dead, the war will be very presentwith an important Ukrainian delegation in the Swiss ski resort and a remote intervention by the president Volodimir Zelensky.

Security teams fanned out across the city and bulldozers plowed snow from the streets as the First Lady of Ukraine Olena Zelenska, and hundreds of officials, high-level executives, academics and activists from around the world poured into the city for the traditional winter gathering. The COVID-19 pandemic torpedoed the appointment between snowy landscapes the previous two years, although a spring edition was held eight months ago.

Russia is still completely absent from this forum – which for years welcomed its oligarchs with open arms – but a significant Chinese presence is expected after the end of Beijing’s strict health restrictions due to the covid.

The deputy prime minister’s speech on Tuesday is highly anticipated Liu Hewho led negotiations during the trade war with USAand could now relaunch the commercial opening of the Asian giant to the world.

“At a time when we need more international cooperation on multiple fronts, we face the specter of a new cold war that it could see the world fragmented into rival economic blocs,” the secretary general of the International Monetary Fund warned on Monday in a blog post. Kristalina Georgieva.

Brazil will also be at the center of the debates on Tuesday, with a session called “A new roadmap for Brazil”, with the presence of the Minister of Finance, fernando haddadand that of the Environment, Marina Silva.

both are in Davos to represent the government of the leftist Luiz Inacio Lula da Silva and seek investment, in a delicate context for the Latin American giant after the assault of thousands of people on the headquarters of the three powers of the Brazilian State in Brasilia.

Deforestation in the spotlight

Latin America once again plays a leading role in Davos with the presence of the presidents of Colombia, Ecuador and Costa Ricaa, in addition to representatives of Peru and Dominican Republicamong other countries in the region.

Above all, he is concerned about the future of the amazonwhere young activists like Helena Gualinga, known as the “Greta Thunberg from Ecuador” and who is also in Davos this year, they fight against deforestation and defend their communities.

Greenpeace once again denounced the “hypocrisy” of the world elites, who come to Davos to talk about the climate but by private jet: in last year’s edition up to 500 private plane flights were registered departing or arriving at airports near the station skiing, according to a study commissioned by the organization to the Dutch consultancy CE Delft.

For its part, the NGO Oxfam asked, coinciding with the start of the forum, to reduce the number of billionaires in half by 2030 by raising taxes and applying policies to make the world more equal

“Every billionaire represents a public policy failure,” Oxfam said Monday in a report calling for even “absolutely abolishing” billionaires.

The world forum, which has been held since 1971 and symbolizes for many of the excesses of globalized capitalism, will be guarded by military planes and 5,000 soldiers to guard the nearly 2,500 participants, according to Swiss government data.

Maintaining European and transatlantic unity and increasing military aid to Ukraine are the keys to ending the conflict in that country, according to what European leaders considered today in a debate at the davos forumwhere several participants stressed the strategic importance of supplying modern tanks to kyiv.

The Spanish Foreign Minister, European Union and Cooperation, Jose Manuel Albares, highlighted the importance of that unity, “both in the objectives and in the values ​​of the rule of law, of the rejection of war. “We all look to the future of European integration and reject that dark past of the war,” he said.

Albares participated in a discussion table with the president of Poland, Andrzej Duda, and the one of Lithuania, Gypsies Nausėdaamong others, who insisted that the European Union must make the decision to send Leopard tanks to Ukraine.

The Spanish politician recalled that in a few days a council of Community Defense Ministers will take place “where very important decisions are expected, and we want them to be taken together, because it is the best.”

He stressed that it must be clear that “no European country is at war”, that “the NATO it is not part of this war” although these countries send arms to Ukraine, but that “it is Russia’s war”.

The Polish President, Andrzej Dudainsisted that Ukraine has sent the same message since the beginning of the war: “weapons, weapons and weapons, we need weapons and military support” and that President Volodimir Zelensky has made it clear to him that they need “modern tanks, it is the only way to stop the invasion.

“Five days ago I announced our decision to send 14 Leopard tanks to Ukraine, but we are trying to get more support from partners,” he said.

“We already sent at the beginning of the war more than 260 old tanks, which we still had from the times of the USSRwe did not have them in our reserves, we took them out of our military units, and it is more than we can afford, but it was a crucial moment, the Russian forces were around kyiv,” he added.

According to Duda, “this was the beginning of military support for Ukraine. Now we look forward to the Leopard tanks opening a new chapter.”

Gypsies Nauseda, President of Lithuaniaalso stressed that “someone has to take the first step, tanks are now a very strategic factor” and said he strongly hoped that the German chancellor, Olaf Schölzfinally decide.

Doubts and controversy Germany on this issue led yesterday to the resignation of the German Defense Minister, christine lambrechand now one of the tasks of his successor or successor will be to make a decision on sending Leopard-type armored battle cars to Ukraine after Germany already provided Gepard and Marder armored defense vehicles.

Berlin insists on making any announcement of arms shipments to Ukraine together with other partners.

Asked about it, Albares said today that “the way of acting in Spain in this war is that, at every stage, we do what we think is best to help Ukraine defend its sovereignty and territorial integrity, and to bring peace as soon as possible.”

The Belarusian opposition Svetlana Tikhanovskaya He stated that a victory for Ukraine will be an opportunity for the Belarusian people to free themselves from the dictatorship of Alexander Lukashenko.