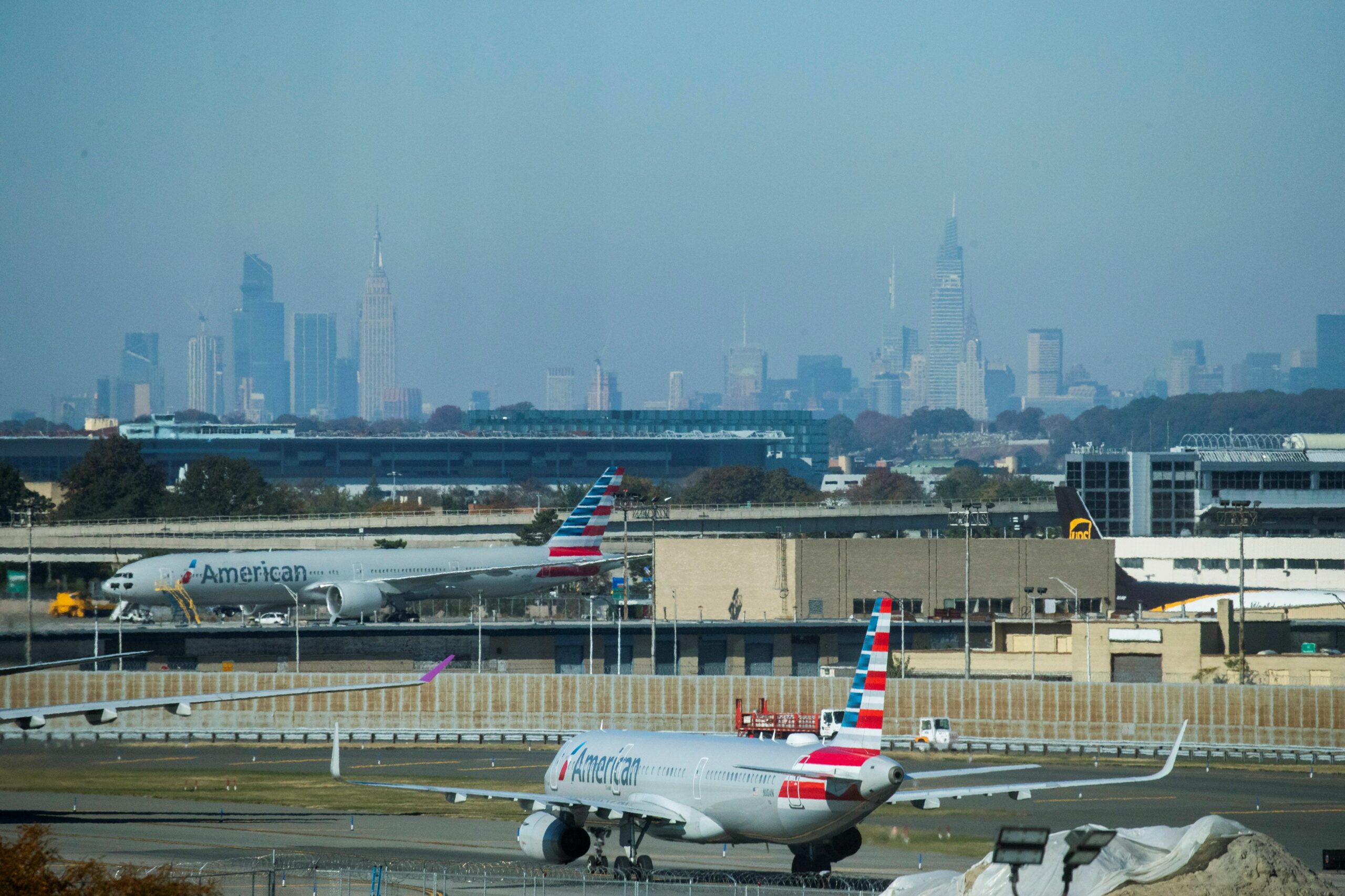 Authorities are investigating an incident that occurred Friday night at an airport in NY between a plane crossing a runway and another preparing to take off.

flight 1943 Delta Airlines headed to the Dominican Republic, had to abort its takeoff from John F. Kennedy International Airport when the other plane crossed ahead at around 8:45 p.m., according to the Federal Aviation Administration (FAA) in a statement. None of its 145 passengers were injured.

The incident occurred when the aircraft American AirlinesFlight 106, bound for London with 137 passengers on board, was proceeding down a taxiway and approached a spot where two runways intersect perpendicularly, he told the New York Times Ross Feinsteina former spokesman for the Transportation Security Administration and American Airlines, after reviewing publicly available radar and recordings.

The Delta plane was waiting to take off on Runway 4 Left, which intersects Runway 31 Left.

In the recordings, an air traffic controller can be heard telling the US plane, a Boeing 777that “cross runway 31 left”, which would require that Turn right before lining up for departure on runway 4 left behind the Delta plane.

But the American flight, instead of turning right to cross runway 31 left, turned left, then right and crossed runway 4 left as the Delta plane began to take off, radar shows, according to Feinstein.

brian healya passenger on the Delta flight, said he initially thought the abrupt stop was due to a mechanical problem.

“There was sudden jolt of the plane, and everyone was pushed forward from the waist,” he recalled. “There was an audible reaction when the brakes hit, like a gasp. And then there was total silence for a couple of seconds.”

Healy, who was traveling with her husband for their winter getaway to the Dominican RepublicHe said it wasn’t until he was scrolling on Twitter the next day that he realized the gravity of what could have happened on that track.

“The pilot made the decision to share the information only when necessary, and it was an absolutely wise decision, because it would have been pandemonium,” he said.

John Coxa retired pilot and professor of aviation safety at the University of Southern California, said he thought the controller “made a good decision in refusing takeoff.”

He said the rejected takeoff safety maneuver, which is when the pilots stop the plane and abort the takeoff, is one they are with.”very, very familiar.”

“The pilots practice the rejected takeoff almost every time they get to the simulator,” he said.

The Delta plane came to a stop about 1,000 feet (about 0.3 kilometers) from where the American Airlines plane had crossed from an adjacent taxiway, according to the FAA statement.

The FAA said the error was detected with the help of a system that detects and displays the movements of aircraft and vehicles on runways and taxiways at Kennedy and about three dozen other US airports, using sensors from radar and movement.

The plane returned to the departure gate, where the 145 passengers disembarked and were provided overnight accommodations, a Delta spokesperson said. The flight to the Santa Domingo airport in the Dominican Republic took off on Saturday morning.

The Federal Aviation Administration reported on Saturday that it will investigate the facts.

The National Safety Board in Transport also said it was investigating the case.

“They will re-listen to all transmissions between the US aircraft and air traffic control to see who misinterpreted what,” Cox said.

However, information from the American Airlines cabin flight recorder may not be available: the devices retain only two hours of recordings and the flight from New York to London takes seven hours.

“Delta will collaborate and assist aviation authorities in a comprehensive review of Flight 1943 on January 13 in connection with a successfully aborted takeoff procedure at New York-JFK. We apologize to our customers for the inconvenience and delay in their travel,” a Delta spokesperson said in a statement.

American Airlines declined to comment on the incident, saying it would refer all questions to the FAA.