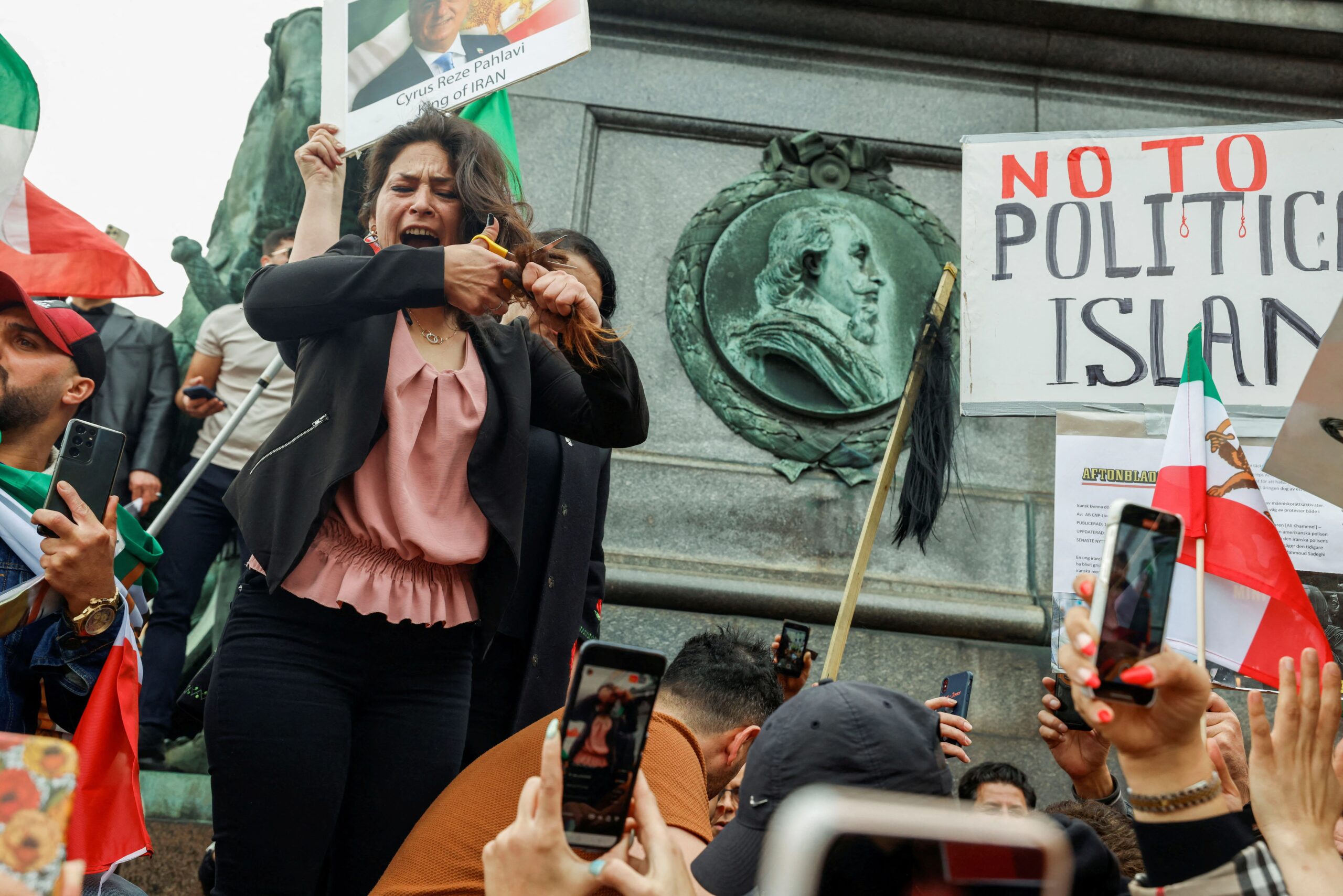 Hundreds of Iranians demonstrated in different cities around the world this Saturday to condemn the repression in Iran against the protests following the death of the young Mahsa Amini after being detained by the morality police.

In Parisattendees gathered in the central Chatelet square and they launched slogans against Iranian Supreme Leader Ayatollah Ali Khamenei, and also called on President Emmanuel Macron to stop negotiations with Iran. The protesters also sang the Italian protest anthem “Bella Ciao” in Persian, a song that has become very popular among supporters of the movement. They also repeated the chants that have become viral inside Iran: “zan, zendegi, azadi” (woman, life, freedom) and its Kurdish equivalent, “jin, jiyan, azadi” after Mahsa Amini’s Kurdish origin.

In other cities, like Athens, Stockholm Y Boston, some women cut their hair as a gesture of solidarity, and in the Swedish capital, another group showed photos of the protesters killed in front of parliament. In berlin and in London Hundreds of people also gathered to demand women’s rights in Iran. And in Iraq dozens of people demonstrated outside the United Nations compound in Erbyl with banners with Amini’s photograph and chanting “Women, life, freedom.”

Iranian authorities have admitted the death of 35 people since the start of the Amini protests more than a week ago, but activists believe the real number is higher than 50 deceased.

Protesters in Paris expressed outrage that Macron met and shook hands with Iranian President Ebrahim Raisi on the sidelines of the UN General Assembly in New York this week, as Paris seeks to keep the 2015 deal on Tehran’s nuclear program alive. . Activists from France plan to hold a second demonstration this Sunday in which they intend to march on the Iranian embassy in Paris.

Why Iranian women burn their hijabs

The largest image of Ali Khamenei, Iran’s supreme leader, was burned during protests over the death of Mahsa Amini