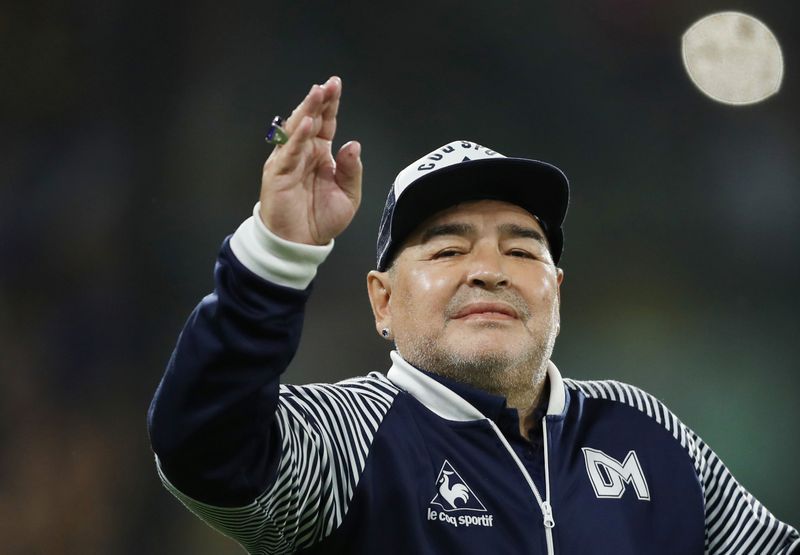 The sudden death of the football idol, Diego Armando Maradona, it still gives a lot to talk about, for this reason the global music subscription service Spotify announced that this November 23, two days before the anniversary of his death, a podcast related to the investigation into what happened during the last days of the iconic Argentine soccer player will be released. This audio series is the result of a deep and honest investigation into how Maradona died, which collects never heard before interviews with those who surrounded him the days before his death, a work that was led by Adonde Media and accompanied by Spotify Studios.

This podcast marks the platform’s first simultaneous global launch with six adaptations, each with their own host who will work with the investigation team to tell the story of Diego Maradona in his own words. The hosts and countries are: the French professional soccer coach and former player Thierry Henry (France and United Kingdom), the Argentine journalist Matías Martín (Argentina), the former Argentine soccer player Jorge Valdano (Spain and Latin America), the Brazilian journalist Juca Kfuori (Brazil) and Italian actor Salvatore Esposito (Italy).

“I am delighted to announce our first simultaneous global podcast launch with 6 worldwide adaptations as part of our mission to become the leading global audio platform. Diego Maradona is one of the most notable sports figures in the world, and I am excited to share this fascinating research in multiple languages ​​for the world to hear. Spotify is in a unique global position to create authentic programming relevant to listeners around the world, this podcast does just that ”, Courtney Holt, Global Leader of Podcasts and New Initiatives at Spotify.

Matias Martin tells you the story behind Maradona’s last days.

The cultural impact of the ‘Pibe de Oro’

Beyond the podcast, the image of Diego Armando Maradona has been captured in numerous formats before and after his death.

In addition to the official recognitions he received during his career, the ‘Cosmic Barrilete’ was first immortalized through music, such is the case of ‘La Mano de Dios’, a song performed by the late artist Rodrigo Bueno. Other themes were added and began to sound related to this character, highlights ‘Maradona’ by Andrés Calamaro, ‘Capitán Pelusa’ by Los Cafres, ‘La vida tombola’ by Manu Chao, among others.

The jump in format related to this soccer star would be given in 2007 by the biographical film ‘Maradona, the hand di Dio ‘ directed by Italian Marco Risi, tThe documentaries made by Emir Kusturica in 2008 and Asif Kapadia in 2009 are also recognized. On November 13, 2019, the documentary series ‘Maradona in Sinaloa’ will be released through the Netflix platform, which narrates the passage of this character as director coach of the Mexican team ‘Dorados de Sinaloa’.

After his death, the series ‘Maradona, blessed dream’ was released through the Amazon Prime Video platform, a series that would relate different moments of his life and his milestones on the courts. This series had a total of ten episodes and the performance of Juan Cruz Romero, Juan Palomino, Nazareno Casero and Nicolás Goldschmidt, who played Maradona in different moments of his life, this series confirmed its second season whose release date is still to be confirmed.