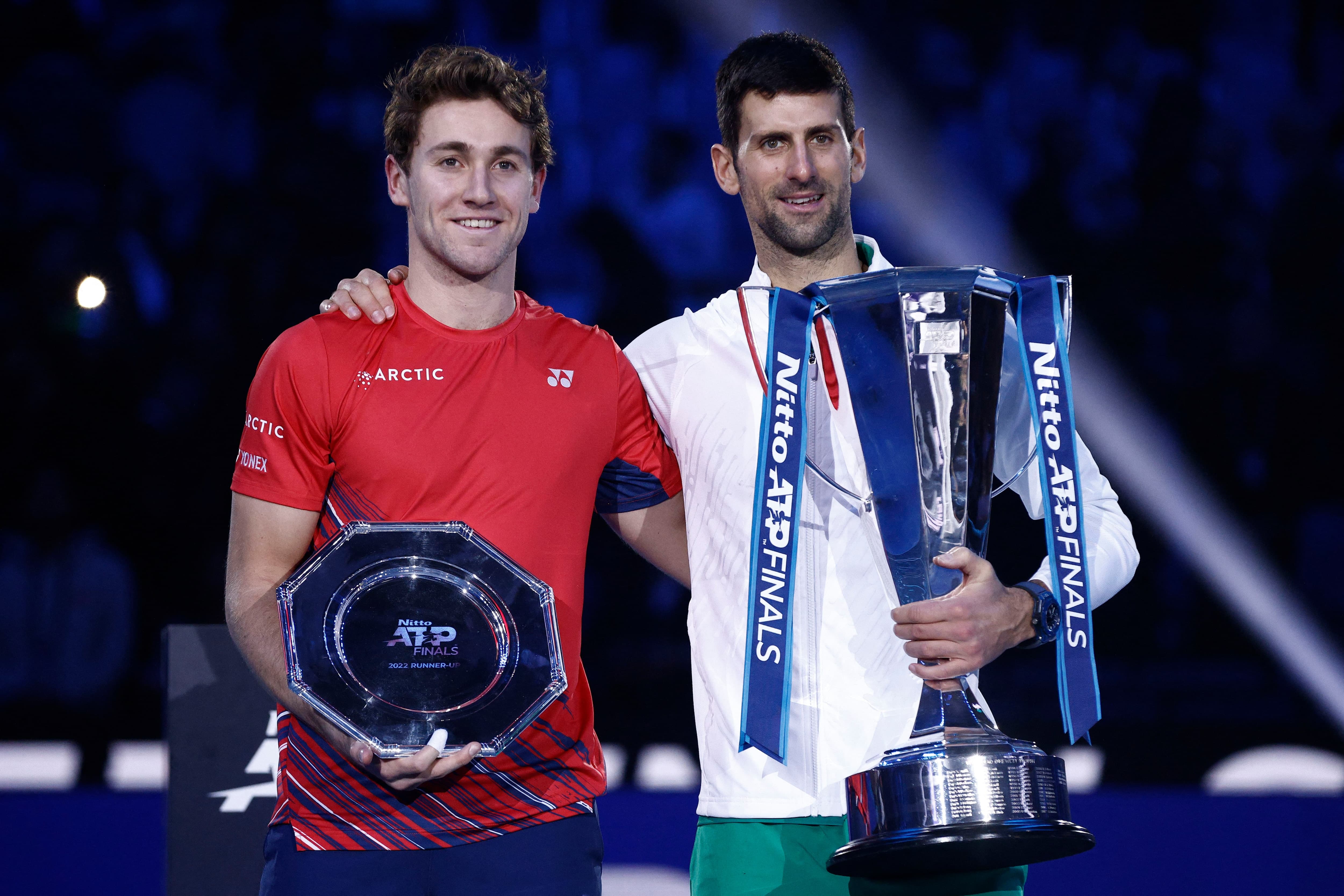 Novak Djokovic stayed this Sunday with him ATP Finalsthe masters tennis that was played in Turin, Italy. the serbian exceeded in the decisive match the Norwegian Casper Ruud (4) by 7-5 and 6-3, to achieve his sixth Masters contest, which brought together the eight best rackets of the season. The former world number one currently ranked 8th in the ATP world ranking, clearly beat Ruud (4), whom he had already beaten in the group zone, to win the Masters tournament, undefeated and at a great level, after a game that lasted for 1 hour and 34 minutes of play.

The Belgrade-born player finished on top in 2022 and as a rival to beat for 2023, despite the fact that he started the year with the unpleasant episode of his deportation in Australia. Nole he closed his way undefeated in Turin, with a perfect final against Ruudwho had before him his third prestigious final of the year, after those of Roland Garros and US Open, but again he was left without anything.

The Norwegian had personality and confidence to withstand the aggressiveness of his rival from the beginning, saving three balls from break. In the fourth, Djokovic managed to break, which also gave him the first set (7-5). Without giving options with his serve, the Serb broke on the only ball from break who had the second set (3-1) and, with it, continued firmly towards the reconquest of the Masters Cup

The 35-year-old Serb He achieved his sixth Masters and equaled the mark of the Swiss Roger Federer. Nole The first one had won it in 2008, in Shanghai, and then it was imposed in 2012, 2013, 2014 and 2015, all developed in London. Likewise, the Serbian added his fifth title of the season after his victories in the Masters 1000 in Rome, Wimbledon, Tel Aviv and Astana. The former No. 1 did not play several tournaments because he was not vaccinated against the coronavirus.

The contest, which took place on hard surface courts at the Pala Alpitour in Turin, the largest indoor sports arena in Italy, awarded prizes totaling $15,115,656. In the case of Djokovic took the biggest prize in history of tennis, some $4,740,300for finishing undefeated.

“The fact that we waited seven years makes this victory even better”said the Serbian in a televised interview after the game in a tournament that had two significant absences, those of Murcian Carlos Alcaraz, world number one, and that of German Alexander Zverev, champion in 2021, in both cases due to injuries. “I’m looking forward to a couple of weeks offbecause I’ve been on edge all year, either because of tournaments or waiting for permits to go somewhere, so I’m very happy that I managed to finish in a positive way,” said Djokovic, who won his seventh title Wimbledon in July.

5 phrases by Gabriela Sabatini: from her excitement at playing in Argentina with Rafael Nadal to the message for Messi and the National Team on the threshold of the World Cup in Qatar

A mural with the images of Gabriela Sabatini, Diego Schwartzman and Serena Williams was inaugurated at the Embassy of the United States

Interview with Rafael Nadal: the changes in his life after being a father, Federer’s retirement and the meaning of his visit to Argentina

With information from Télam and Reuters.