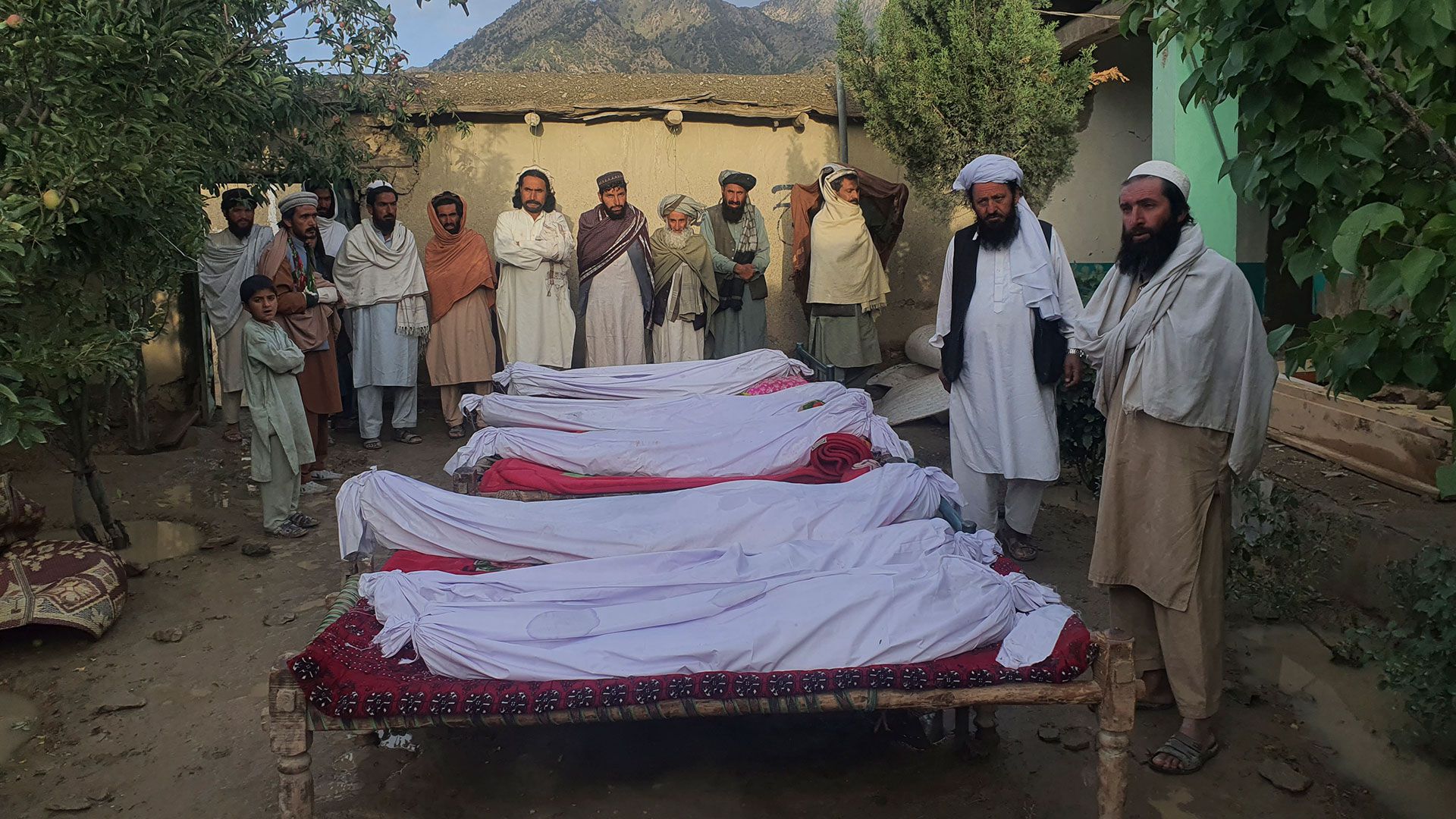 Survivors dug by hand Thursday in villages in eastern Afghanistan reduced to rubble by a powerful earthquake that killed at least 1,000 people, as the Taliban and the international community fleeing its seizure of power scrambled to help victims of the disaster.

In the hard-hit Gayan district of Paktika province, villagers stood on mud bricks that were once a house. Others carefully walked through dirt alleys, grasping at damaged walls with exposed wooden beams to make their way.

The earthquake was the deadliest to hit Afghanistan in two decades, and officials said the death toll could rise. An estimated 1,500 others were injured, the state news agency said.

The disaster inflicted by magnitude 6 earthquake Misery is mounting in a country where millions face growing hunger and poverty and the health system has been collapsing since the Taliban regained power nearly 10 months ago amid the US and NATO withdrawal. The takeover led to a cut in vital international funding, and most of the world has avoided the Taliban government.

How, and whether, the Taliban will allow the world to offer help remains in question as rescuers without heavy equipment dig through the rubble with their bare hands.

“We ask the Islamic Emirate and the entire country to come forward and help us”said a survivor who identified himself as Hakimullah. “We have nothing at all, not even a tent to live in.”

The full extent of the destruction among the villages hidden in the mountains was slow to come to light. The roads, which are potholed and difficult to navigate at the best of times, may have been badly damaged, and landslides from recent rains made access even more difficult. At least 11 people have also died in the recent floods.

Rescuers arrived by helicopter, but the relief effort could be hampered by the exodus of many international aid agencies from Afghanistan after the Taliban seized power last August. Furthermore, most governments are wary of dealing directly with the Taliban.

In a sign of the confused workings between the Taliban and the rest of the world, the Taliban had not formally requested that the UN mobilize international search and rescue teams or obtain equipment from neighboring countries to supplement the few dozen ambulances and several helicopters sent by Afghan authorities, said Ramiz Alakbarov, UN deputy special representative in Afghanistan.

Still, officials from several UN agencies said the Taliban were giving them full access to the area.

Taliban spokesman Zabihullah Mujahid wrote on Twitter that eight truckloads of food and other necessities from Pakistan arrived in Paktika. He also said on Thursday that they had arrived in the country two humanitarian aid planes from Iran and one from Qatar.

Getting more direct international aid can be more difficult: Many countries, including the US, channel humanitarian aid to Afghanistan through the UN and other similar organizations to avoid putting money in the hands of the Taliban.

In a news bulletin on Thursday, Afghanistan’s state television acknowledged that US President Joe Biden, his longtime foe, offered his condolences over the earthquake and promised help. Biden ordered Wednesday that “USAID and other federal government partners evaluate America’s response options to help those most affected,” a White House statement said.

The quake was centered in Paktika province, about 50 kilometers (31 miles) southwest of the city of Khost, according to the Meteorological Department of neighboring Pakistan. Experts estimate its depth at only 10 kilometers (6 miles). Shallow earthquakes tend to cause more damage.

The death toll reported by the Bakhtar news agency was equal to that of a 2002 earthquake in northern Afghanistan. Those are the deadliest since 1998, when an earthquake that was also 6.1 magnitude and subsequent tremors in the remote northeast killed at least 4,500 people.

Wednesday’s earthquake took place in a landslide-prone region, with many older and weaker buildings.

In the Speray district of neighboring Khost province, which was also heavily damaged, men stood on top of what was once a mud house. The earthquake had split open its wooden beams. People sat outside under a makeshift tent made from a blanket that moved in the breeze.

Survivors quickly prepared the district’s dead, including children and an infant, for burial. Authorities fear more dead will be found in the coming days.

“It is difficult to collect all the exact information because it is a mountainous area,” said Sultan Mahmood, head of the Speray district. “The information we have is what we have collected from residents of these areas.”

After the earthquake in Afghanistan, at least 400 people died due to floods in the country