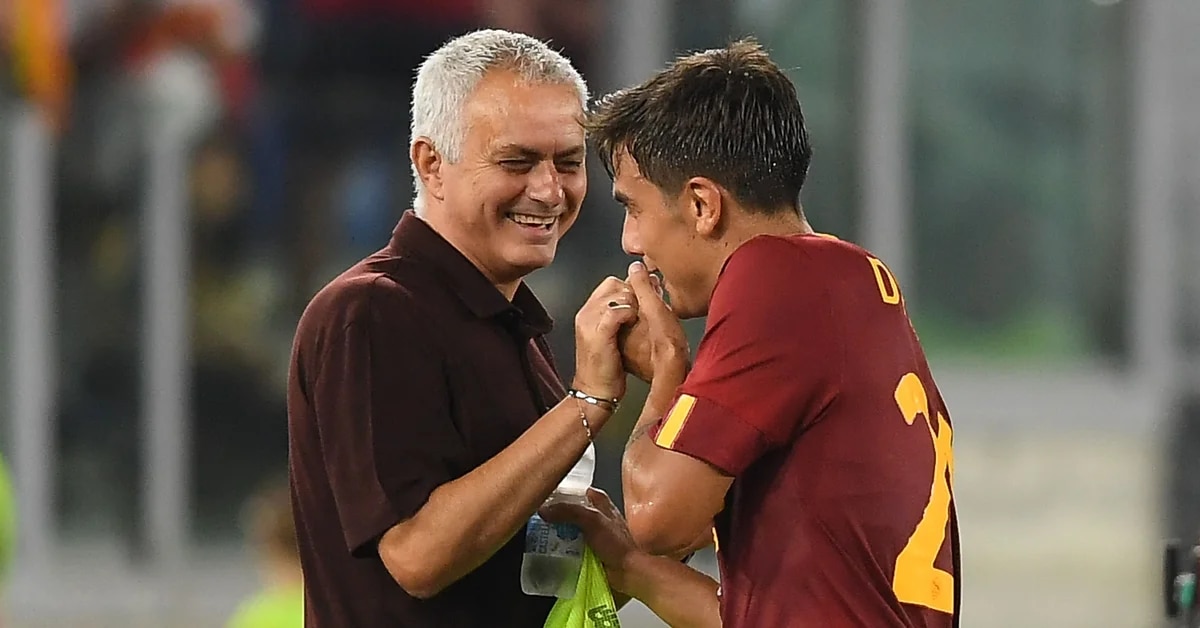 * The intimacy of the Dybala-Mourinho relationship

the figure of paulo dybala had a greater impact on European football when he decided not to arrange a contract renewal with Juventus and embark on a new adventure with the Rome. Thanks to a call from Jose Mourinho during the transfer window, the Jewel took a risky step in his professional career by being the center of the sports project led by the renowned Portuguese coach. After scoring a goal in the Finalissima against Italythe 28-year-old soccer player is in Miami to defend the colors of the Argentine team in the friendlies against Honduras Y Jamaica.

Although at first he set off the alarms by not being summoned to the confrontation against the Atalanta by the seventh date of A seriesPaulo was in charge of pouring water on the urgency. “On Sunday I came with a burden for playing several games in a row at the club. I felt that I was not 100%, that it was not necessary to risk. The National Team was on hold and there is an important string around the corner. It was better to miss a game than a month and luckily it was nothing serious, “he explained in a chat with ESPN.

The talented midfielder took advantage of the occasion to clarify his departure from the old lady and arrival at a club in the same league: “The last years of Juventus were not easy, on a personal level they were quite difficult. I think the change was very good for me, Mourinho called me and in a few moments I decided. The club’s project, continuing to win like they did last year and being considered in a team like that did me a lot of good. I got scared with the reception, being in front of so many people alone. The fanaticism that the Roma fan has is similar to that of the Argentines, something different from Juventus.

* Paulo recalled the opportunities that compared him with Messi

And he added about the passion that the fans have with him since he moved. “I always told my family and friends, for me they are crazy. But crazy cute. I went out to dinner and they didn’t charge me, they invited me from everywhere. They say that Rome comes first and family second. Maybe they sit at the table when the fans are having dinner, it’s something nice because they live football like us, ”Dybala explained.

In addition, he recalled a crossing he had with José a season before joining him. “I just had an anecdote with him. When we played Juventus-Roma that we won 4-3, when the coach took me out, he greeted me and told me ‘you are a phenomenon’. But he still had no idea what was going to happen and when he called me for the first time he asked me if I remember that moment. He tells me: ‘Well, now what you did against me is the time for you to do it with me’. In a matter of minutes I decided to go to work with him because he is a phenomenon. He knows everything from the elite to the third division. Whatever you ask him, he knows, What surprised me the most is the humility he has with everyone, whether it’s a player, a prop, a canchero or a parking lot guy. I’ve seen him angry too but the truth is that he’s doing very well, I’m very happy to be at Roma”.

Already with the mind in re-representing the Albicelesteexplained how he felt when he scored the final 3-0 against Italy at the stadium in Wembley. “For me it was a beautiful moment, I had a few minutes and the ball just stayed there. We all enter with the illusion of giving our best, the forwards with the dream of scoring a goal. It was a beautiful moment for me to crown a great game of my teammates”, he added.

To close, he cleared up once and for all the issue of when they compare him to Messi: “I think journalism misunderstands. I always work to give my best, when I have to give everything because we all want to play and give the best to the National Team. Create healthy competition within the group and have a high bar to continue growing. Everything that was said at that time with comparisons with Lionel goes into the background with what one can offer the team “.

The doctor who helped Maradona win the World Cup in Mexico 86: the “superpowers” detected by the studies he performed