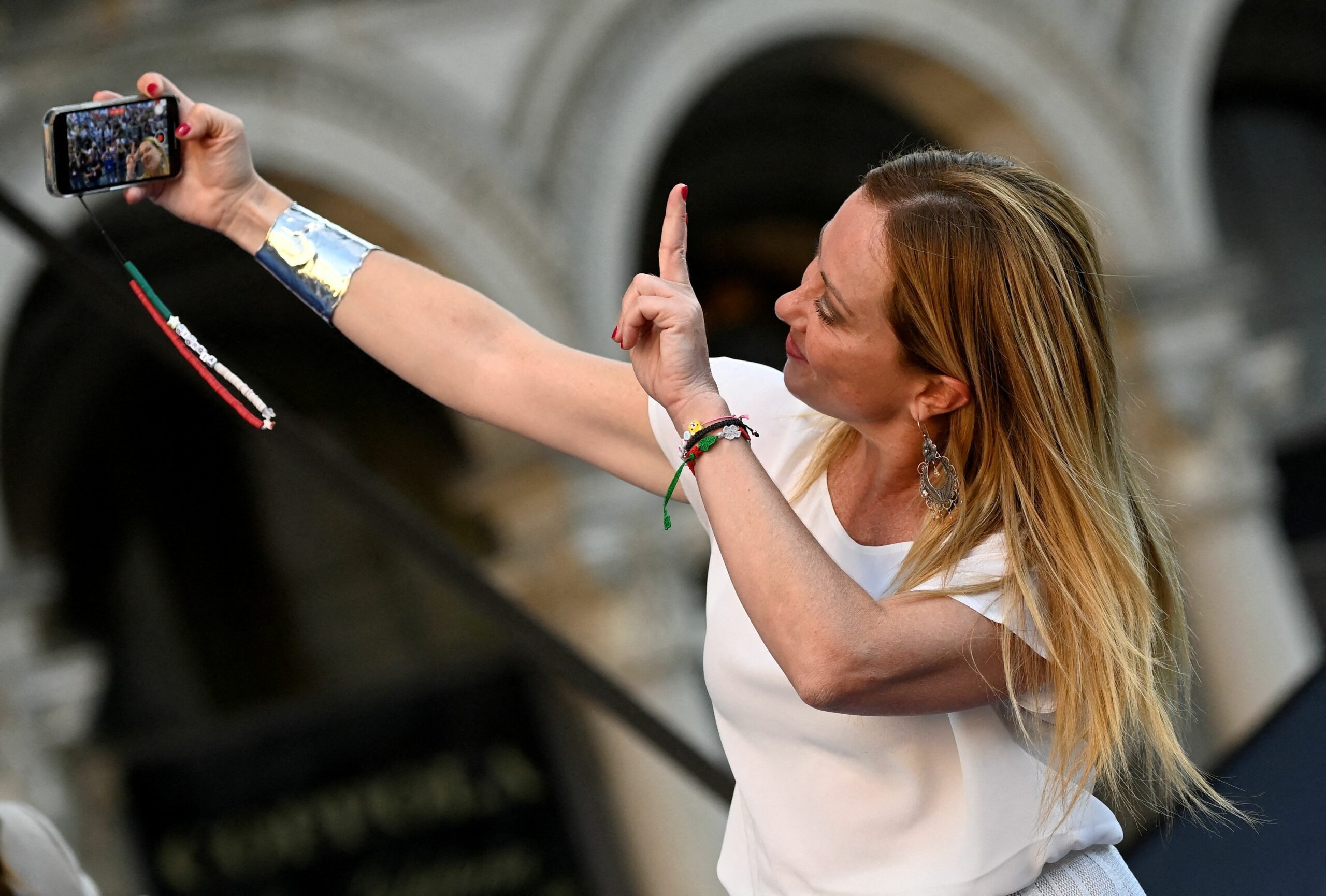 After the success of the democrats in Sweden on 9/11, which places the resulting formation of a neo-Nazi organization within the new parliamentary coalition, which will also hold the next presidency of the Council of the European Union, now it remains to be seen what will happen next Sunday in Italy.

According to polls, the extreme right is preparing to take control of the peninsula after the legislative elections on September 25. The coalition that would arrive at the Chigi Palace, adds to forza italy (Force Italy), the small party of the eternal Silvio Berlusconi, the lega (League) of Matteo Salvini and above all, Fratelli d’Italia (Brothers from Italy), heir to Giorgia Meloni’s neo-fascist MSI movement who has the advantage. Ahead of her allies, it is the young politician who could sit in the Prime Minister’s chair, thus becoming heThe first woman in Italian history to hold this position.

The advantage of the ultra-conservative leader, days before the elections, not only generates nerves inside the borders. The context of this probable triumph makes it a concern for all of Europe. Brussels has as a backdrop the invasion of Ukraine. Energy crisis, inflationary escape, harbinger of a harsh winter, a sum that irritates the social fabric.

A tense scenario, something that abounds these days, makes those who have never been in power appear as a coherent option capable of “recovering the strong anti-system vote.” Meloni’s radicalized right takes advantage of this. If confirmed at the polls, the results could reflect a growing electoral bias of the extreme right in the continent.

Like her partner Salvini, the leader does not hide, although she filters, beliefs and symbols with neo-fascism. Even, “The Meloni”as Italians often call her, like the Swedish nationalist party that comes to power, modified the party’s shield, which she herself created ten years ago, the tricolor flame whose base would represent Mussolini’s tomb, recalling the MSI movement.

Meloni is proud to embody the face of a new Italian right. His detractors also watch as she tries to separate herself from Salvini. Europeans remember the latter’s anti-immigrant crusade and his loyalty to Vladimir Putin, which has not wavered since the invasion of Ukraine. In Brussels they tend to get scared, remembering that the former interior minister in the populist coalition government League-Movement 5 Starsmade noisy and curious defenses of the head of the Kremlin.

supporter of a sovereignist line Y ultraconservativeis ideologically close to the Hungary of Victor Orbán. The Hungarian leader is a thorn in the values ​​of the European Union. The prime minister is a machine for systematic sabotage of the proposals of the Twenty-seven. His friendliness, which he shares with Salvini, means that a “eurosceptic” to Italian power. However, here he balanced the eternal cavalieri. From Forza Italia, the center-right party of Silvio Berlusconi, the owner of the Mediaset communication emporium tried to reassure Brussels, in particular by stating that “total adherence to the European integration process” is part of his program.

how would i do Marine LePen in France, a technique that almost places it in the Elysee Palace, the young leader has resolved to avoid cumbersome issues and focus her plan on resolving the economic crisis and the feeling of detriment to the famous idea of ​​”European welfare.” Dodging, not denying his anti-immigration and extremely conservative rhetoric on social issues, she seeks to convince her European partners that she will moderate her views.

Meloni snatches against her “demonizers”. He rejects the term extreme right for his political formation, which he describes as belonging to the “extremely rigorous” and “meritocratic” conservative right. To reassure even more, he insists that exit from the European Union or the euro is not included in his program, to point out that his intention is to review the treaties to recover more economic sovereignty as well as the renegotiation of the priorities of the Next Generation recovery plan of the European Union, after COVID-19.

In all cases, the right-wing coalition that can come to power will have to galvanize its positions if it wants to receive the approval of the financial markets. This is a guarantee for Europe against any crazy project. Italy’s massive debt is a corset for the future of any prime minister. It is vital to obtain the approximately 145,000 million euros coming from the European Union for the post-pandemic recovery plan.

The winning effect has also anticipated responsibilities. Reading the correct manual for European interests, the circles of power breathe before some signs. For example: it transpires that the leader of the Brothers of Italy spoke with Mario Draghi to get her advice about her next team at the Chigi Palace. For some, another strategy to show herself as an establishment candidate and play down her arrival.

Meloni insists on a change of era. He speaks of a pragmatic extreme right. “I hope that the Italian center-right led by the Brothers of Italy wins the elections and that this can open the way to something similar in Spain in a few months”, he predicts a victory soon for Santiago Abascalleader of vox In the Iberic Peninsule.

A bias that could be repeated. According to Eurobarometerpublished on September 6 by the European Comissionalmost two thirds of the Europeans consulted are optimistic about the future of the bloc, whose image has never been so good since 2009. The arrival of a pragmatic Euro-far right is based on the idea not of leaving the bloc, but of promoting the changes from the inside of the Twenty-seven club.

A few days before the elections, the future president of the Council of Ministers avoids praising. That is why, also to Europe’s relief, she stands firm on sanctions against Russia. This means time and time again distancing himself from the leader of the League, who truly endangers the difficult balance until Sunday, the day the polls open.

Everything seems to be said. Even his main competitor, Enrico Letta, the candidate of the Democratic Party, number two in the polls, is already singing the victory of his rival. Meloni represents that fascination for the new. She comes up with the idea that she will be the “providential woman”. Everyone plays the winning horse, that sweeping effect of “victory forged in advance.”

Francesca de Natale, the candidate for deputy for South America from the Italian right: “Our position is not one of racism or xenophobia”

Houses of Russian oligarchs in London could be confiscated