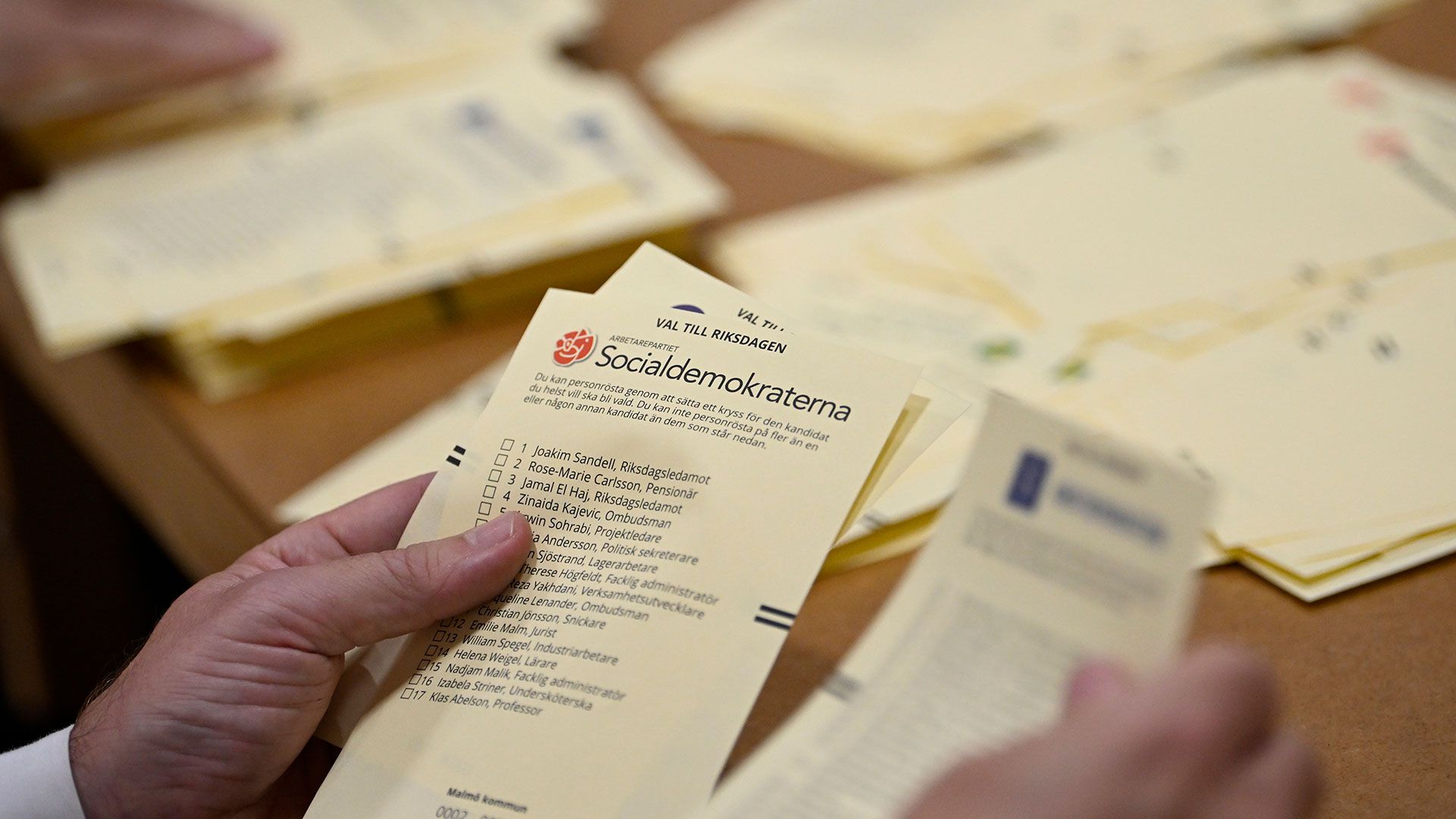 Sweden woke up on Monday to the prospect of weeks of political uncertainty after neither of the country’s blocs won a clear ruling majority in an election, though it was clear that a populist anti-immigration party had emerged to become the country’s second-largest political party. country. strength.

With more than 94% of votes countedthe centre-right opposition, which includes the populist Sweden Democrats, had a slim lead over the ruling Social Democrats and their allies in the centre-left bloc.

The left-wing bloc is headed by Prime Minister Magdalena Andersson, who has not resigned.

The result was so close that the electoral authority said a final result would not be known before Wednesday, when the uncounted votes, including those cast abroad, have been counted.

With eight parties competing for seats, neither will win a 175-seat majority in the 349-seat Riksdag, the Swedish parliament, meaning laws can only be passed with different parties working together.

“It is extremely close. Things can change, but I doubt it,” said Zeth Isaksson, a sociologist at Stockholm University. “As it stands now, the right side is more likely to win.”

Overseas votes are traditionally conservative, meaning votes not yet counted are unlikely to change the momentum to the left, according to Isaksson.

The biggest winner of the night was undoubtedly the anti-immigration populist group Sweden Democrats, who posted a strong showing of almost 21%, their best ever result. The party won on promises to crack down on shootings and other gang violence that have shaken many in Sweden’s sense of safety.

The party has its roots in the white nationalist movement, but years ago it began kicking out extremists. Despite its rebranding, it was long found unacceptable by voters and rejected by other parties. But that has been changing, and his result in this election shows how far he has come in gaining acceptance.

The social democratsthat have been in power in Sweden since 2014, remain the largest party, even winning slightly more than four years ago to get 30.5% of the vote. Andersson said it was obvious that the social democratic movement, which is based on the ideals of creating an equal society and a strong welfare state, remains strong in Sweden.

The Sweden Democrats want to be part of a government, but this is unlikely to happen because there are parties in the center-right bloc that oppose it, Isaksson said.

Still, the party will have “a very strong influence” and will push for some of its issues, such as tougher immigration laws. According to Isaksson, the Sweden Democrats may end up outside a government but as supporters of it.

The Moderates fell to become Sweden’s third-largest party and won 19%, according to the incomplete vote count. However, party leader Ulf Kristersson seemed on Monday the most likely candidate to be the next prime minister. He told his supporters on election night that he is ready to try to create a stable and effective government.

Nevertheless, Sweden is likely to face a lengthy process to form a governmentas happened after the 2018 elections.

Andersson, a 55-year-old economist, became Sweden’s first woman prime minister less than a year ago and led Sweden’s historic bid to join NATO after Russia‘s invasion of Ukraine in February.