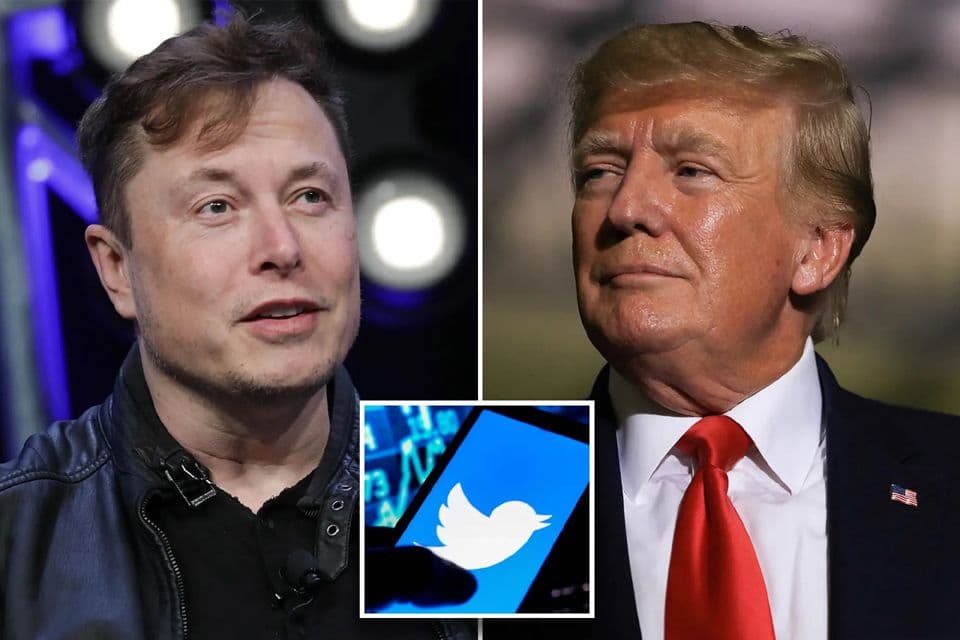 The new owner of Twitter, Elon Musk, announced this Saturday that it restored the account of the Former US President Donald Trumpon the social network after promoting a survey that closed with a 51.8 percent in favor.

“The people have spoken. Trump will be reinstated. Vox Populi, Vox Dei,” Musk announced through his official count after the 24 hour deadline to respond to the survey that had more than 15 million participants.

In early November, Musk said that Twitter “will not allow” anyone who has been removed from the social network for violate their rules return to the platform until the company has a clear process.

The tycoon, who bought the network for 44,000 million dollars, He further said in a series of tweets that “the content moderation advice of Twitter will integrate representatives with very divergent points of viewwhich will undoubtedly include the community of civil rights and groups that combat hate-fueled violence.”

In his own tweet published after the survey, Musk implied with the message “Vox Populi, Vox Dei!” (Latin phrase meaning “the voice of the people is the voice of God”), that the return of Trump – who announced his candidacy for the 2024 presidential election this week – would depend on the result of the poll.

This Saturday, Trump himself stated that he will not return to Twitter since he prefers to use the platform that he himself promoted, Social Trustwhile pointing out the “serious problems” of Musk’s social network, among which are the fake profiles.

However, the Republican politician stated that he is glad that it was Musk who took over the little bird social networksince he usually likes “characters”.

Before buying the social network, Musk said that among the people he would welcome to Twitter is the former president. donald trump.

On Friday, Musk announced the unlocking of the writer’s Twitter accounts. Jordan Petersonthe comedian Kathy Griffin and the conservative milieu of parody The Babylon Bee.

The profiles of Peterson and Babylon Bee were blocked for posting content that disrespected the trans communitywhile Griffin’s was eliminated for impersonating Musk.

Last Thursday and after the ultimatum that Elon Musk gave to Twitter workers on deciding whether to stay or quit the company, several messages full of contempt and insults against the billionaire appeared projected on the outside of the main building of the social network in San Francisco.

The images were published by the reporter of the NBC Bay Area, Gia Vang. In one of her tweets, the reporter wrote: “This is being projected by someone across the street who calls himselfprojection activist”. In a matter of seconds, she captured the attention of netizens, leaving the photos with more than 10K likes and nearly 5K retweets.

What was the video game that Elon Musk created with which he began his fortune at the age of 12?