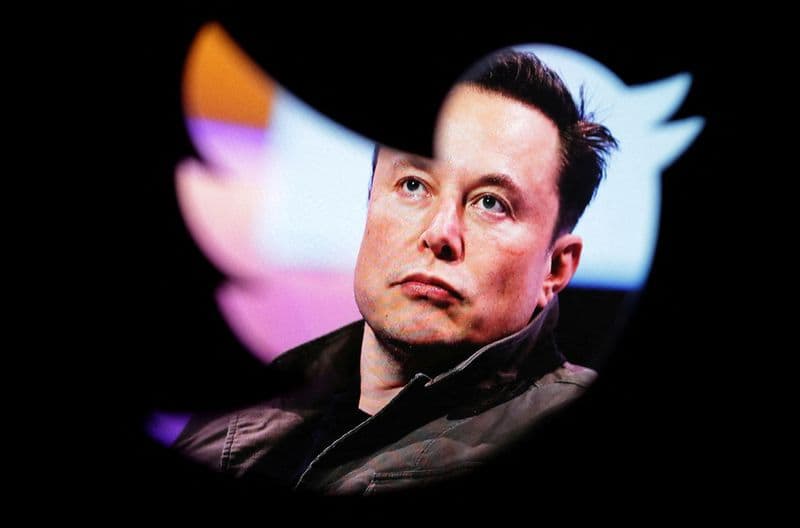 Elon Musk is starting to do mass layoffs on twitterdrastically reducing the company’s workforce of 7,500 people and beginning its general review of the company.

Late on Thursday a email to company employees notifying of plans to cut jobs, informing them that by 9am Pacific Time on Friday, workers would receive an email with the subject line: “Your role on Twitter”.

It may interest you: Elon Musk announced that people banned from Twitter will not return for now

Those who kept their jobs would receive a notification in the company email. Those who lost them would be notified through their personal email.

“Team, In an effort to put Twitter on a healthy path, we will be going through the difficult process of reduce our global workforce on Friday,” according to multiple versions of the email obtained by Washington Post. “We recognize that this will affect a number of individuals who have made valuable contributions to Twitter, but this action is unfortunately necessary to ensure the company’s future success.”

Anyone who did not receive an email by 5 p.m. Pacific time was told to contact the company. The offices will be closed on Friday.

“We recognize that this is an incredibly challenging experience to go through, whether you are affected or not,” the email continued. “We are grateful for your contributions to Twitter and for your patience as we move through this process.”

It was the first official communication from Musk’s team with his staff.

In an effort to put Twitter on a healthy path, we will go through the difficult process of downsizing our global workforce on Friday. We recognize that this will affect a number of individuals who have made valuable contributions to Twitter, but this action is unfortunately necessary to ensure the company’s future success.

Given the nature of our distributed workforce and our desire to inform affected individuals as soon as possible, communications for this process will be via email. Before 9am on Friday, November 4, everyone will receive an individual email with the subject line: Your Role on Twitter. Please check your email, including your spam folder.

If your employment is not affected, you will receive a notification via your Twitter email.

If your employment is affected, you will receive a notification with the next steps through your personal email.

To help ensure the safety of each employee, as well as Twitter’s systems and customer data, our offices will be temporarily closed and all access to ID cards will be suspended. If you are in or on your way to an office, please come home.

We recognize that this is an incredibly challenging experience to go through, whether you are affected or not. Thank you for continuing to abide by Twitter’s policies that prohibit discussing sensitive company information on social media, with the press, or anywhere else.

We are grateful for your contributions to Twitter and for your patience as we move through this process.

It may interest you: How much will Elon Musk pay in severance pay to top Twitter execs he fired

In response to the email, dozens of Twitter employees posted a single blue heart to say goodbye to his companions. Identical hearts were posted one after another in a long scroll on the company’s Slack.

Some workers had already started lose your access to internal systems such as email and the Slack messaging service, and those at the company on Thursday described seeing the fallout in real time.

“The numbers are reduced in the channels [de Slack] in the last hour, people drop like flies”, said one of them, who spoke on condition of anonymity for fear of reprisals.

Even the workers Musk had grouped into small teams to speed up the development of new products in the last six days were fired, by revoking their access to internal systems. Another employee who spoke under the same condition said he knew four people who had been brought into such a team and who lost their jobs on Thursday. The clerk also lost his.

Meanwhile, people who weren’t laid off began receiving emails confirming they were still employed as early as Friday. The emails said Musk would be reaching out to employees soon to discuss his plans for the company, according to emails he had access to. Washington Post.

Those who were fired also began receiving emails.

It may interest you: How many companies does Elon Musk have, the new owner of Twitter

Musk is under pressure to recoup an investment in a site for which you have admitted to overpaying. He took over ownership of Twitter last week after striking a deal to buy the website for $44 billion this spring, before trying to get out of the buyout and then re-entering the deal as a trial date loomed in a court battle.

Analysts have estimated the real value of Twitter in about $25 billion. Musk has also borrowed more than $12 billion to finance the purchase of the website, according to financial files, putting pressure on it to cut costs and remain solvent, paying about $1 billion a year of interest on that debt.

Musk is the CEO of the new company. His assistants include his lawyer, alex spirothe investor David Sacks Y Jared Birchalwhich runs the Musk family office.

The decision to layoffs came after a week-long evaluation of Twitter, in which Musk and his aides imposed a product freezing that stopped the development of internal Twitter projects, brought the tesla engineers to review Twitter’s code, leaving workers waiting anxiously in a vacuum of information about the direction and leadership of the company.

Musk was expected to go ahead with his plans to fire about 50 percent of the workforce Twitter, according to people familiar with the matter, who spoke on condition of anonymity to candidly discuss the confidential plans.

Musk began his tenure at Twitter a week earlier by firing previous executives, including Mr. CEO, CFO and General Counsel.

The layoffs starting Friday are expected to affect the sales, trust and safety, marketing, product, engineering and legal teams, targeting the company as a whole.

In addition to the layoffs, Musk is also expected to make drastic cuts in other parts of the business, some so deep that employees are concerned about the ability to keep Twitter running, according to internal documents seen by Washington Post and people familiar with the plans, who spoke on condition of anonymity for fear of retaliation.

In messages sent to engineers this week, managers asked workers to suggest ways to find at least $500 million in annual cuts across the company, according to the documents and the people. The cuts would include data centers and other software infrastructure needed to run the site, as well as hiring staff to do content moderation for Twitter.

Early Thursday, amid reports of looming cutbacks, Twitter employees braced for what seemed inevitable, updating their internal tools like messaging apps for the latest news as it loomed over them. the possibility of losing their jobs.

But information remained scant until the email arrived later in the day.

At the Twitter offices, employees waved goodbye tears in the eyesthey exchanged contact information and tried to facilitate access to their documentation to the remaining staff.

They wanted to make sure their colleagues could keep the site up and running in their absence.

Before Musk took over the site, Twitter had already planned extensive layoffs, which would have affected up to a quarter of the workforce, according to people familiar with the plans. Washington Post previously reported that the company’s board of directors was planning to cut thousands of jobs as part of an effort to save $700 million in labor costs.

Will Oremus, Cat Zakrzewski, Elizabeth Dwoskin, and Gerrit DeVynck contributed to this report.

Elon Musk bought Twitter: step by step, how was the battle that led the richest man in the world to take over the social network

Follow the controversy on Twitter: new team of advisers, layoffs at the door and a new paid version of the network