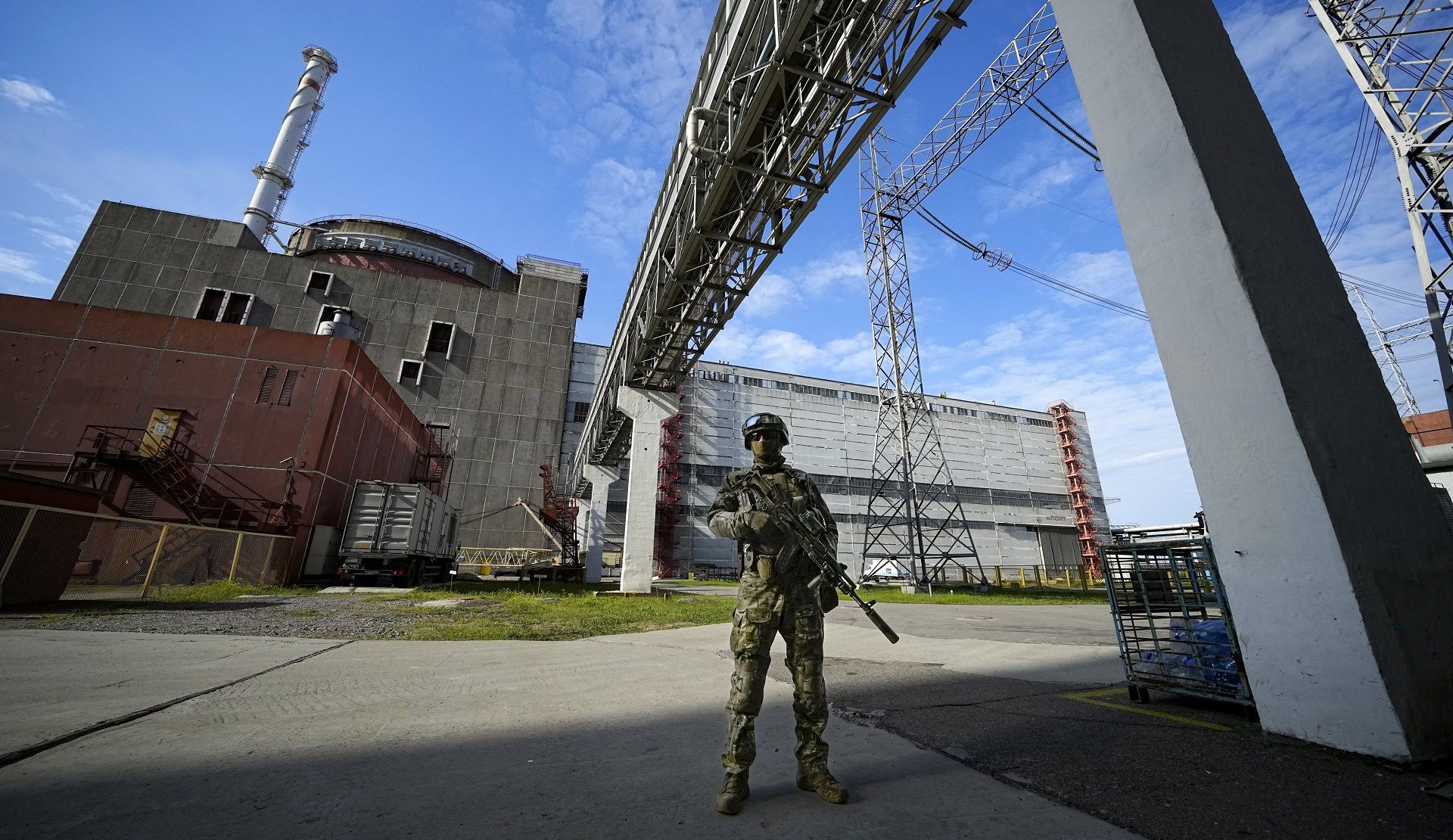 french president Emmanuel Macron told his Russian counterpart Vladimir Putin that it is “the Russian occupation that is the cause of the risks that weigh on the Ukrainian nuclear power plant in Zaporizhzhia” and asked him to remove “heavy and light weapons” from itannounced the French presidency.

For this reason, Macron asked that “The IAEA recommendations are followed to guarantee the safety of the area.”

The French president will keep in touch “in the next few days” with the Ukrainian president, Volodymyr Zelenskywith the general manager of the International Nuclear Energy Agency (IAEA, the UN nuclear agency), Raphael Grossiand with his own Putinto try to reach an agreement on Zaporizhzhia.

The leaders of both countries held a telephone conversation initiated by Paris in which “a detailed and candid exchange of views took place regarding the situation in Ukraine and especially on issues related to the safety of the nuclear power plant,” the Kremlin reported.

The leaders They also discussed global food security and agreed that grain exported from Black Sea ports should be shipped to developing countries.

The Russian president insisted on the need for the European Commission does not put obstacles to the export of Russian agricultural products and fertilizers to the markets of Africa, the Middle East and Latin America.

Macron told Putin that European sanctions on Russia for its invasion of Ukraine “do not apply to agricultural products or those necessary for agriculture”, and recalled the responsibility of the international community, including Russia, so that “the most exposed countries receive the products they need.”

The Kremlin also indicated that Putin warned Macron about “catastrophic consequences” of “regular Ukrainian attacks” against this plant, the largest in Europe, occupied by Russian forces.

Putin informed Macron “on the measures taken by Russian specialists to ensure the physical protection of the station” and stressed the need to “influence the kyiv authorities to immediately cease the bombing.”

“The willingness of both parties to maintain a non-politicized interaction regarding the nuclear power plant with the participation of the International Atomic Energy Agency (IAEA)” was expressed. the Kremlin added.

The Russian authorities that control the Zaporizhzhia nuclear power plant, taken over by the Russian Army after the start of the military campaign in Ukraine, stopped today the last reactor that continued to operate in this energy facility with the argument of the bombardments to which the plant is subjected.

Grossi, warned this Friday about the chance of an accident after a bombardment that cut the external electrical connection with the plant, the largest of its kind in Europe.

Since March 4, the Russian army has occupied the Zaporizhzhia plant, with six reactors and some 10,000 employees, who operate it, and Ukraine and Russia have been accusing each other of the attacks around the plant for a month.