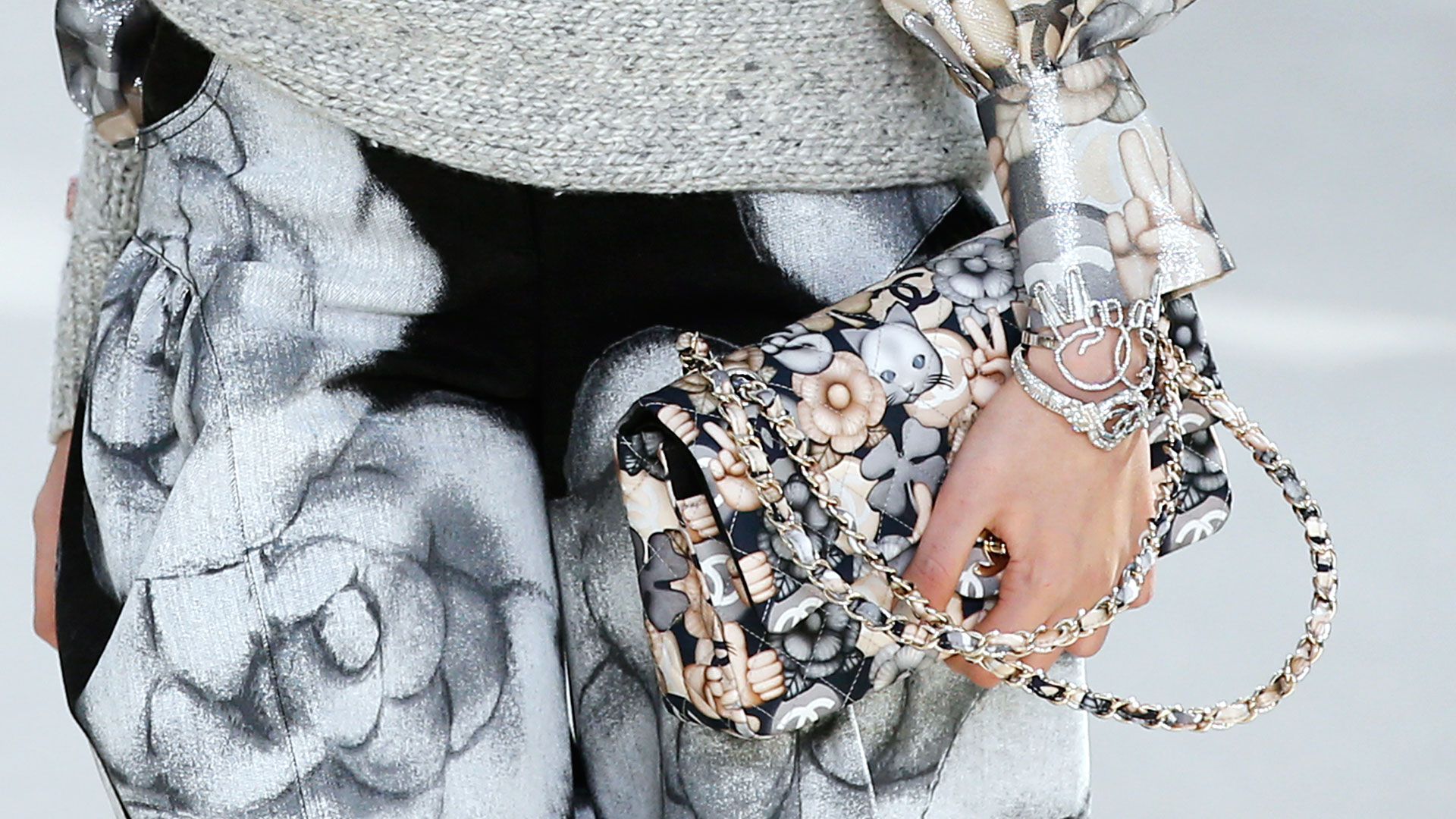 Emojis have become a whole new form of expression in the world. The Oxford Dictionary even chose one of these illustrations for the first time as the word of the year.

But that is not all. Now, prestigious designer Karl Lagerfeld captured them in his latest Chanel Fall 2016 collection in Paris.

Between a catwalk of tweed suits -which resembles a cloth but is not-, metallic hats and textured eyeshadow, the designer surprised in Paris with emojis engraved on the garments.

At first glance, most of the show-goers stopped at the popular images of cats, but then, they noticed the famous thumbs up, peace signs, shamrocks and flowers mixed with the Chanel logo.

Known for his elaborate catwalks – in 2014 he turned the whole place into a Chanel supermarket – this season Lagerfeld put on a show with a slightly lower profile … until the emojis appeared.

Fashion experts assured that the kittens printed on the garments refer to their pet Choupette, who has his own Wikipedia page and more than 80,000 Instagram followers.

According to them, the brooches worn by the models were definitely in honor of her.

I spy with my big blue eyes … A #Choupette brooch at the @chanelofficial #pfw show.

With young it-girl Willow Smith – actor Will Smith’s daughter – announced as the brand’s new ambassador at just 15 years old, it’s no wonder the 107-year-old fashion house will continue to be relevant and fresh year after year.