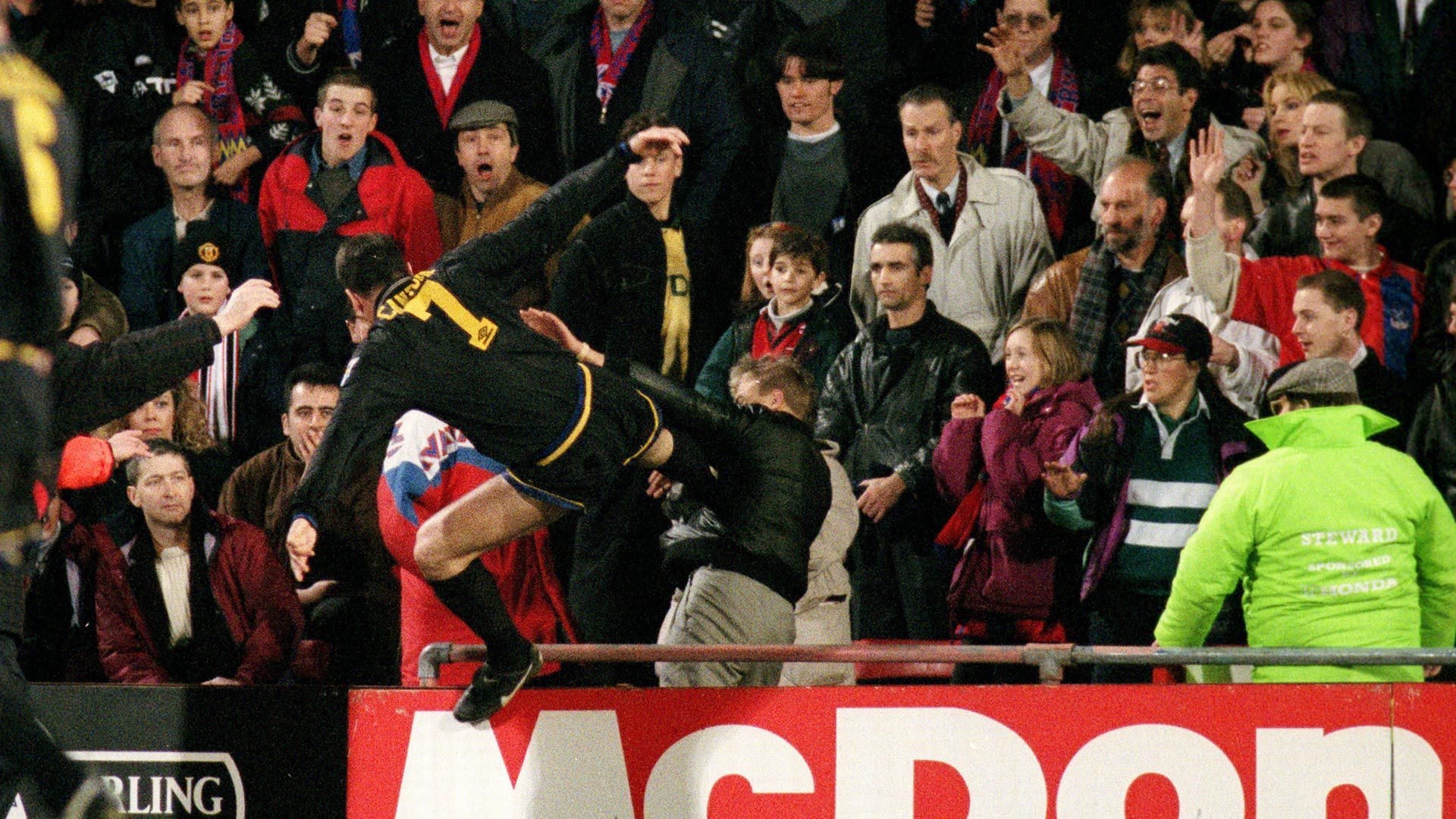 More than 27 years ago Eric Canton He crossed any kind of limits by jumping the fences of the Selhurst Park playing field to give a kick, worthy of a mixed martial arts fighter, to a fan who had insulted him during the match between Man Utd Y Crystal Palace. Despite the passage of time, the former French footballer did not regret what he did.

“I don’t regret what I did. I feel guilty because we didn’t win the League”, he commented in a new book that reviews 30 years of the Premier League. It is that for that brutal aggression that remained in history, he was sentenced to two weeks in prison (translated into 120 hours of community service) and nine months of suspension away from the courts. According to him, his absence on the following dates explains that the ensemble that I directed at that time Sir Alex Ferguson did not win the title of that tournament.

“I think when a player is missing, you can play a match without that player. But if you don’t play with that player for a few weeks, I think that can make a difference, ”he explained, remembering that he was a starter at that time. Man Utd. “(The title) We didn’t win it because we were all used to playing together and a piece was missing. If it had been Schmeichel or Irwin, Paul Ince or Roy Keane, it would have been exactly the same. That’s why we lost it, so it was my fault”, he sentenced. It should be remembered that the Red Devils they finished second that championship, one point behind Blackburn Rovers, who went on to win the trophy.

Regarding how the attack was in the minutes that followed, Cantona was surprised to reveal that he practically enjoyed the moment: “I remember the feeling in the locker room afterwards. It is a wonderful experience. It’s great to have a situation like this, you know, to learn a lot of things. Learn about yourself, learn about others. I am a type of man who wants to live longer, to have as much experience as possible. I want to put myself in a certain situation and live the experience”. And in this sense, he was controversial: “It was exciting for me, it was that or the drugs. I prefer to play in front of thousands of people. It gives me adrenaline.”

The Frenchman had excelled at clubs in his country such as Auxerre, Montpelliere and Olympique de Marseille at the end of the 1980s and landed in England in 1992 to join the Leeds Unitedwhere it won the last English League, before it became the premier league. “I didn’t know much about English football when I arrived. In my time we didn’t have many games on television. But in England I knew that everyone wanted to play the game to winr. In other countries they play not to lose. England was special and it was more than football. It was like the players were rock stars,” he recalled.

Then, in 1993, he joined the Man Utd by express request of Sir Alex Ferguson and there he won 9 trophies. Regarding the great coach who knew how to dominate English football, he commented: “I don’t know what he has, a great psychology. A great technician, a great psychologist. Yes, but it was also like love. I knew that with him I could express myself and I didn’t want to know more.”

Cantona retired at the age of 30, in 1997, and despite the fact that many clubs sought him out to return, he never wanted to play as a professional again: “When I lost the passion, I lost the fire in me, I simply retired. I tried to turn it on again but I knew it was the end.”