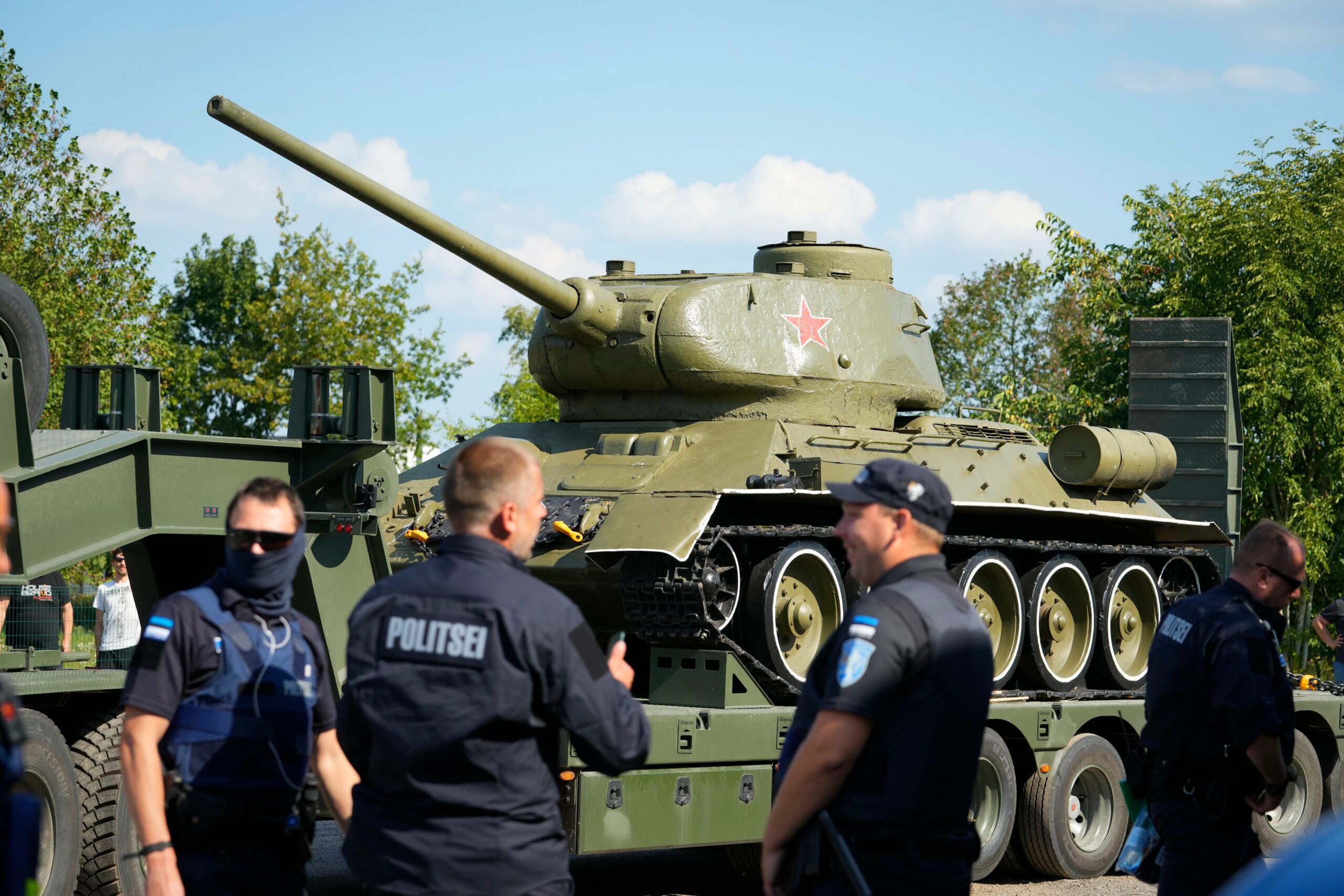 Estonia managed to repel this Wednesday the most severe cyberattack of the last 15 yearsafter having decommissioned soviet tank in the border town of narwhalannounced this Thursday the head of computing in the Baltic country.

Estonian Deputy Secretary for Digital Transformation, Luukas Ilveswrote on his Twitter account that the attacks were unsuccessful and that the services of the digital administration were not interrupted.

“With a few brief and minor exceptions, the web pages were fully available throughout the day. The attack went largely unnoticed in Estonia,he added.

Yesterday, Estonia was subject to the most extensive cyber attacks it has faced since 2007. Attempted DDoS attacks targeted both public institutions and the private sector. (1/4) @e_estonia

In 2007after one statue of a Soviet soldier was removed from the center of the capital, Tallinn, to be transferred to another location, there was riots in the streets and cyberattacks against institutional web pages.

Estonia then suffered these attacks for 22 days, and were interpreted as Russian retaliation for the removal of the statuewhich for residents represented the Soviet occupation rather than liberation from Nazism.

This Wednesday, the attacks, of the DDoS or denial of servicewere directed against public institutions and private sector companies, but according to Ilves, the cyber defense systems and measures managed to successfully repel it.

According to local media, the cyberattack, attributed to the Russian hacker collective “Killnet”, was quickly deactivated by the teams of the online service portal “e-Estonia” and of the Estonian Information Services Authority (ESTUARY).

soviet tank T-34 which was mounted on a pedestal in narwhala Russian-majority city on the border with that country, was removed Tuesday and transferred to a museum. Instead, you will be given a “neutral tombstone” to a mass grave of war victims.

At the monument, which commemorates Soviet soldiers who died fighting Nazi Germany during World War II, they used to gather small groups every May 9 to commemorate the Soviet victory day the conflicta celebration that for most Estonians praises the Soviet occupation of the country.

The first Minister Kaja Kallas said in a statement that the move was a response to “increasing tensions and confusion around the monuments in Narva”.

“We must act quickly to guarantee public order and internal security.“, said.

Local opposition to the monument’s removal had raised fears of a repeat of the riots that broke out in Tallinn in 2007.

The mayor of Narva, katri raik, had previously refused to hand over the tank to the museum. The city, whose 57,500 inhabitants are mainly Russian-speaking, lies about 210 kilometers (130 miles) east of Tallinn and it is separated from the Russian city of Ivangorod by the Narva River.

After the Narva city council decided that the replica tank should go away, a crowd gathered around the monument to protest the plan. A total of seven Soviet-era monuments in Narva are scheduled to be removed, the government said on Tuesday.

The Foreign Minister, Urmas Reinsalusaid Russia was trying to exploit the “internal divisions” in Estonia.

Kallas said: “We will not give Russia the opportunity to use the past to disturb the peace.”

The Baltic states of Estonia and Latvia have large Russian-speaking minorities who are sometimes at odds with national governments.

There have been concerns that Moscow could try to exploit these differences to destabilize the countries, which are members of both the EU and NATO.

Estoniaas is neighboring Latvia, where authorities plan to demolish the Victory Monument in Rigahas announced that all monuments and symbols of the Soviet era will be removed.

The Russian officials have criticized Estonia’s campaign to remove the monuments remaining from the Soviet era.

“We find this outrageous. A war with a common history, get rid of the monuments of those who saved Europe from fascism, of course, is outrageous. This does not make any nation look good, including Estonia,” Kremlin spokesman Dmitry Peskov said earlier this month.

Earlier this month, Estonia decided to ban people from neighboring Russia on tourist visas from entering the northernmost Baltic country as a result of the war in Ukraine.. The European Union, of which Estonia is a member, has already banned air travel from Russia after Moscow invaded Ukraine on February 24. But Russians can still travel overland to Estonia and apparently take flights to other European destinations.

(With information from EFE. AP and AFP)