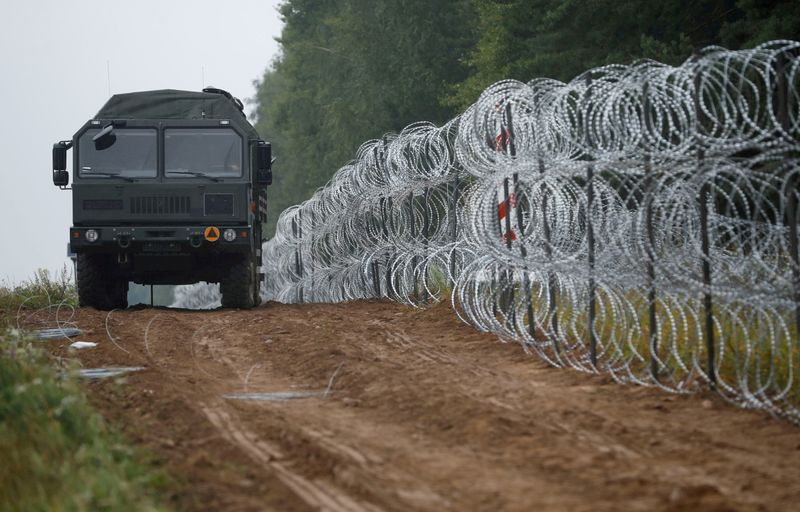 Estonian authorities will build a barbed wire barrier on up to ten sections of the eastern border with Russia, spanning about 40 kilometers, to safeguard areas where the risk of illegal border crossings is considered to be greatest.

The Police and Border Guard detailed that this is an activity framed within the additional training of Okas reservists, an initiative whose purpose is to check the chain of command of Defense institutions, as the Estonian Government has detailed in a statement.

“Between mobilization and training procedures, as well as additional training, Reserve engineers will also build temporary fences in border areas that have previously been used by organized crime. to facilitate illegal migration ”, remarked the Estonian Government.

Thus, the Border Police made it clear that there were no changes in the assessment of threats related to national boundaries and that actually there is no imminent risk of migratory pressure.

“The events of Poland, Lithuania and Latvia also demand the strengthening of border infrastructure in Estonia, which is why the Police and Border Guard Board proposed to the Government to accelerate the construction of the barrier ”, explained the director of the entity, Elmar Vaher, in a statement.

The installation of a wire barrier is a temporary solution while the Government advances towards “the construction of the state border urgently ”, as they consider it“ the most important factor in preventing mass immigration ”.

Vaher asserted that “security experts” point to migratory pressure as a method of “hybrid warfare”, which will be used in “the next few years” and that is why physical barriers must be accompanied by “all border infrastructure with surveillance equipment to deter and prevent it”.

On the other hand, Estonian Interior Minister Kristian Jaani pointed to this measure as a way to “physically close the places with the highest probability of illegal border crossings and places that currently lack infrastructure ”.

Tension has increased on the border between Poland and Belarus, as thousands of people have gathered seeking to continue their advance towards the European Union. Both the Polish authorities and the community bloc as a whole accuse the Alexander Lukashenko regime of using these migrants as a tool for political pressure.

In fact, they consider not only that it is allowing migrants to move freely through its territory but that it is even promoting it. The Polish Defense Ministry on Monday accused agents of the neighboring country of breaking the border fence to favor uneven entries on Polish soil.